Harry Potter has been a part of our family life since the kids were old enough to listen to the stories. It feels like we’ve been on a pilgrimage to Hogwarts for the last five years.

A pilgrimage is a journey or search of moral or spiritual significance. While our pilgrimage has mostly been about fun, we’ve definitely picked up a few moral lessons about doing what’s right, standing up for yourself and your friends, and choosing which side you want to be on – even when it’s hard. 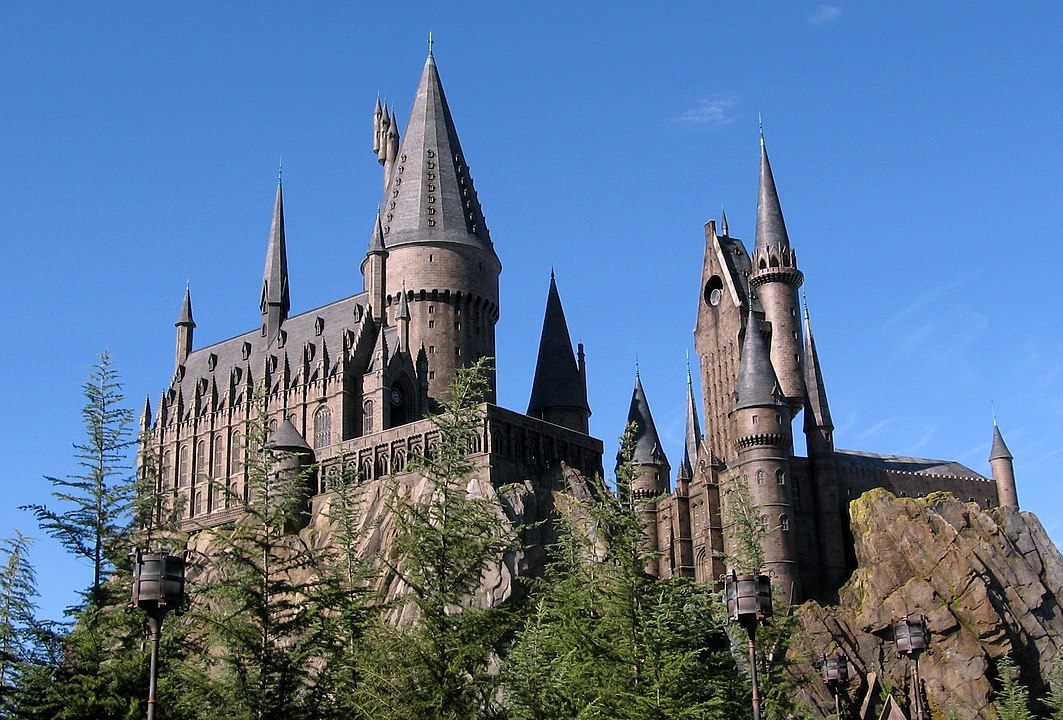 Our Pilgrimage to Hogwarts

I read the first book aloud to our boys, cuddled on the couch in our house in Livingston, Montana. Driving to California to see family or on camping road trips around the Southwest, we’d listen to the audio version of the books. After each book, we’d watch the movie, comparing and contrasting.

After we finished the final tome, we packed our books into a storage unit, sold our house, and started our travel journey around Europe. We were so enamored and inspired by the universe of Harry Potter that we sought out Harry Potter-related locations as we traveled the world. 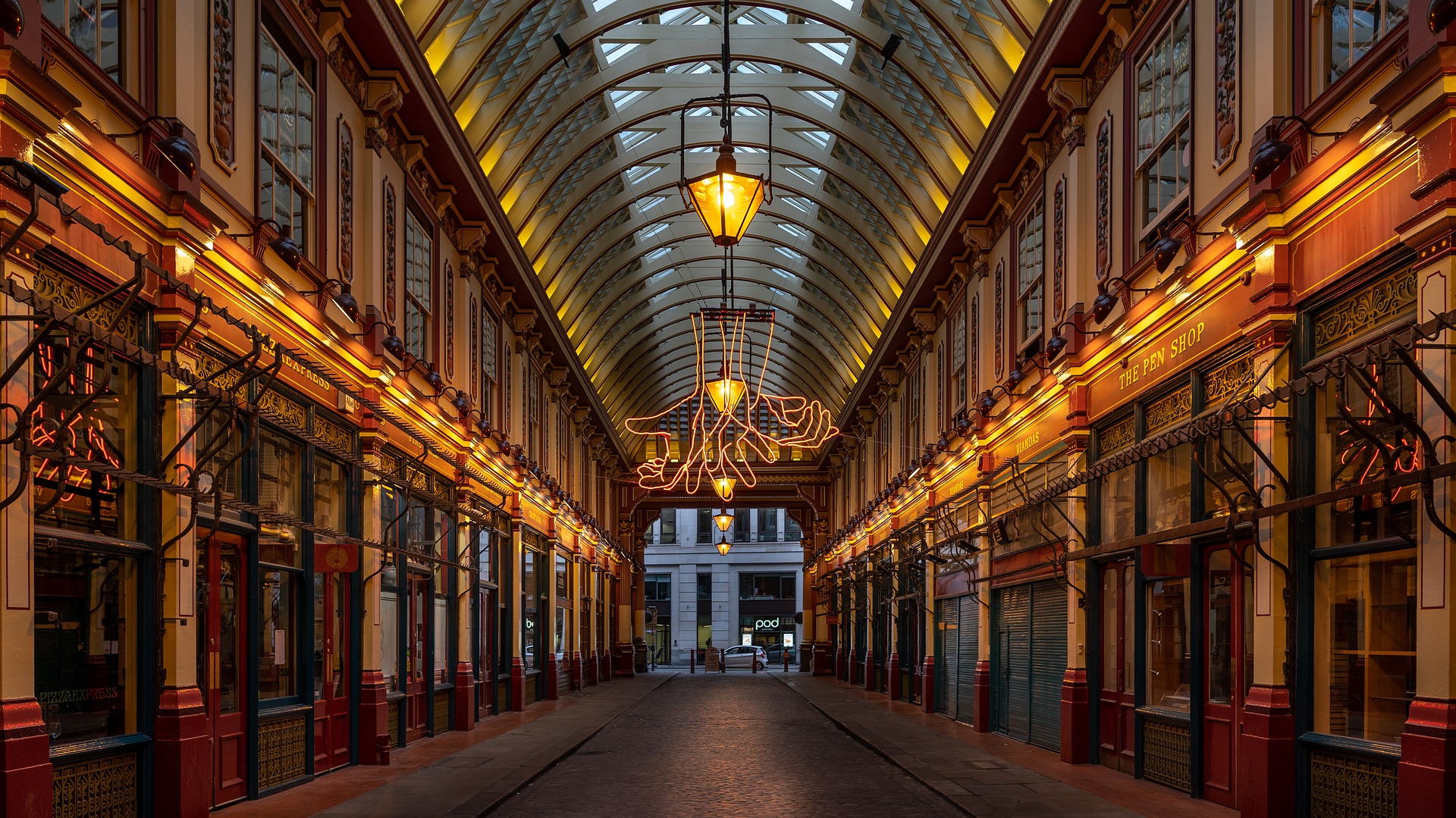 In London we visited Leadenhall Market, used as the entrance to the Leaky Cauldron in the first movie; Kings Cross Station, where witches and wizards catch the train to Hogwarts; the Warner Brothers Studio Tour, the sound stages used for all the movies; and the Westminster Tube Station where Mr. Weasley gets confused about the muggle world (well, one of the times the muggle world confounds him). 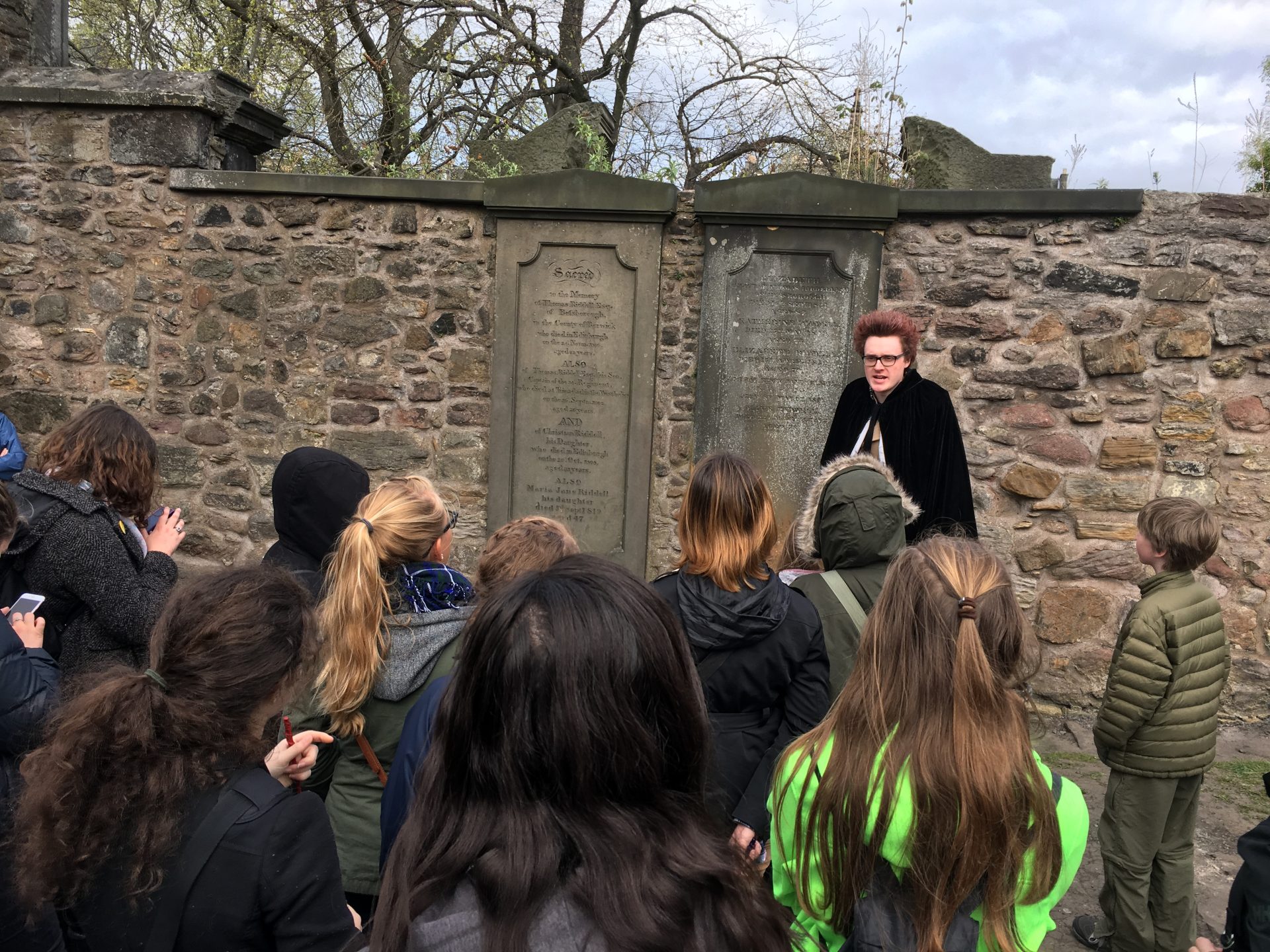 In Scotland, we toured sights which inspired J.K. Rowling in the writing of the books: Greyfriars Kirkyard, where we saw tombstones for Tom Riddle, Sirius Black, and McGonagall; the Edinburgh Castle, which may have been the inspiration for Hogwarts along with the nearby George Heriot’s School; and the cafés where Rowling created the world of wizards, witches, and magic.

In Estonia we found the final Horcrux by solving riddles in a Harry Potter-themed escape room in Tallinn. 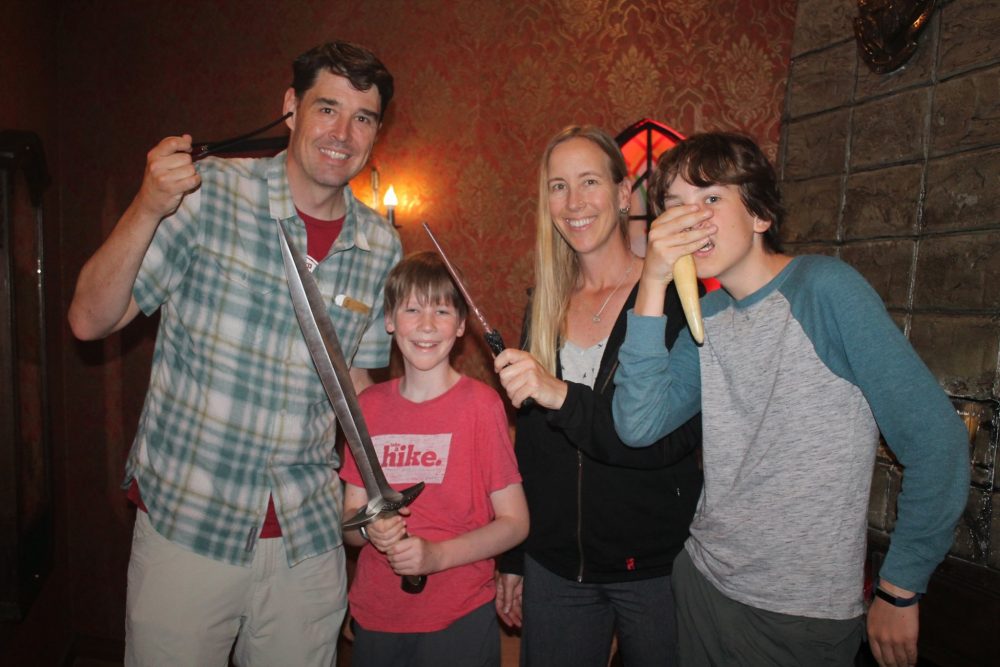 Hogwarts and the world of Harry Potter has been part of our family life, conversations, and travels for five years and will continue to be into the future.

All good pilgrimages need a destination or ending point and I can’t think of a better one than Hogwarts Castle at Universal Studios Florida. After years of visiting Hogwarts in our imagination, visiting the school in person is the foam on the butterbeer.

A pilgrimage to Hogwarts transcends ages. Our kids have loved it since they were little and as tweens, are still interested — with no sign of letting up. I first read the books in my 20s and am still excited to visit Hogwarts now that I am in my 40s. 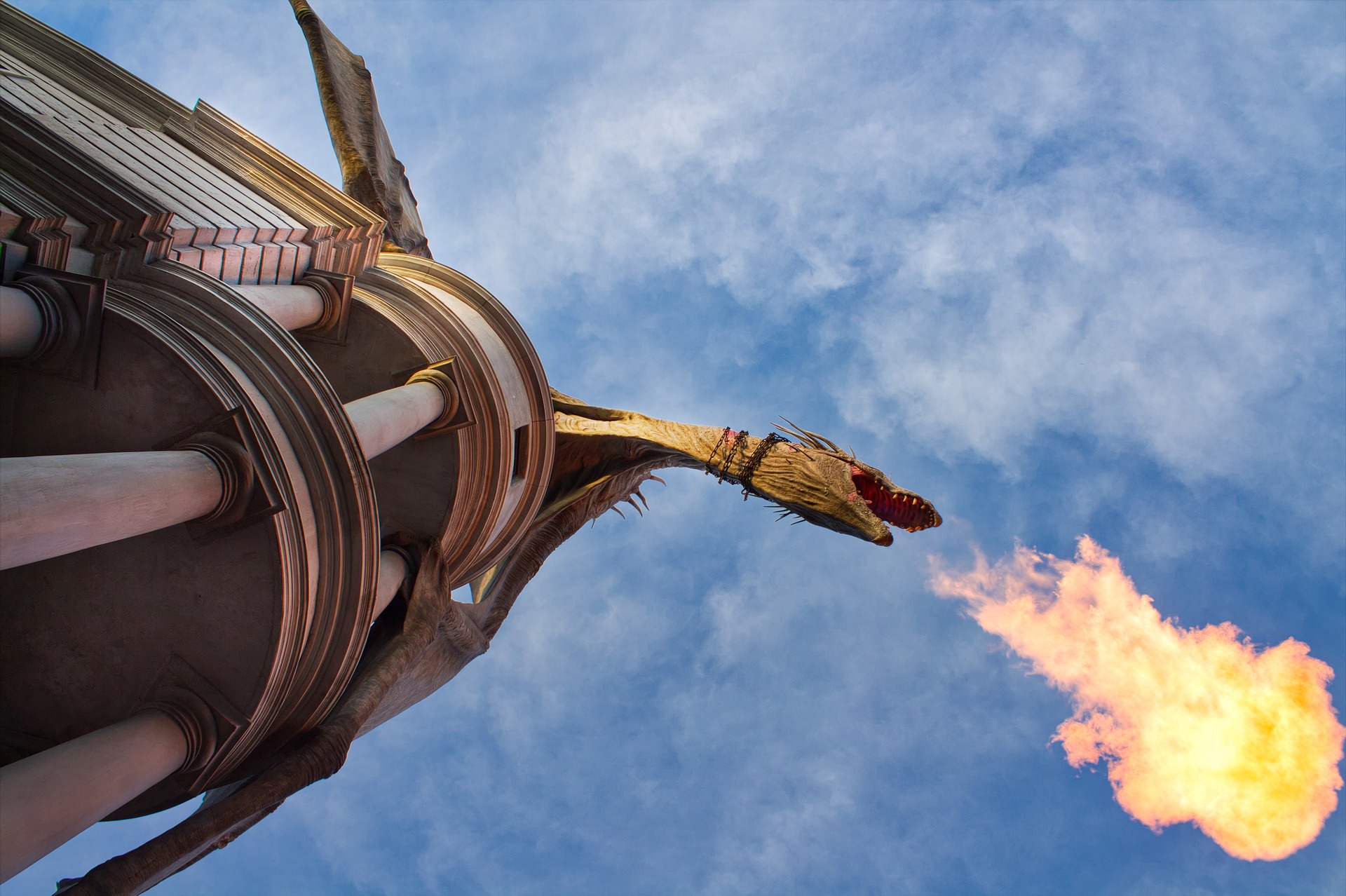 While the official name is The Wizarding World of Harry Potter, I am going to call it Harry Potter World here since that’s what many people know it as.

Get discounted Universal Studios tickets ahead of time rather than at the gate to save time and money.

Yes, there is so much more to see at Universal Studios, but to really immerse yourself in Harry’s world you’ll need the whole day.

Get an early start

The sooner you enter the park, the more time you will have. And the first and last hour the park is open is the least crowded.

Make Escape from Gringotts in Diagon Alley your first stop

The rides have the shortest lines first thing in the morning. Fortunately, the lines for the major rides are shows in themselves, so you won’t mind waiting too much.

Ride the Hogwarts Express in both directions

The Hogwarts Express connects the two parks. When you look out the “windows” you’ll see totally different views depending on the direction you are traveling.

When you purchase souvenirs from the gift shops, ask for them to be sent to the front of the park. Instead of carrying them around all day, you can pick them up when you are done (keep your wand with you; you’ll need that!).

Time your day to catch the Nighttime Lights at Hogwarts Castle (shows typically start around 7:15 pm (8:15 after the Daylight Savings change), though this can be bumped up to as early as 6:45, and last for approximately six minutes. The performances take place about every 20 minutes, with a “final” showing at park close and a real final showing 20 minutes after the park closes.

How to Make a Pilgrimage to Hogwarts 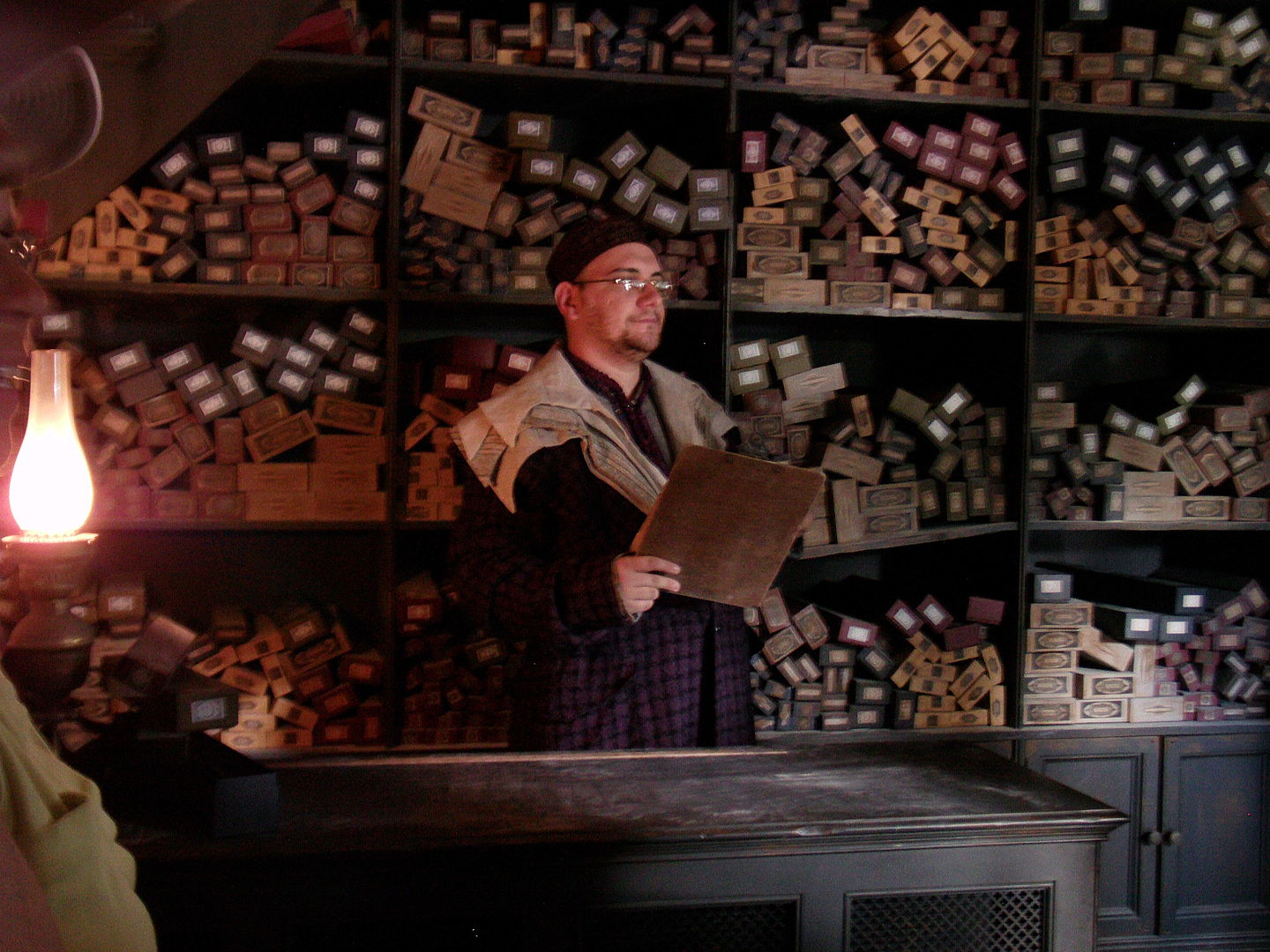 You can download a .pdf of this scavenger hunt to take with you to the Wizarding World of Harry Potter in Orlando: Harry Potter World Scavenger Hunt.