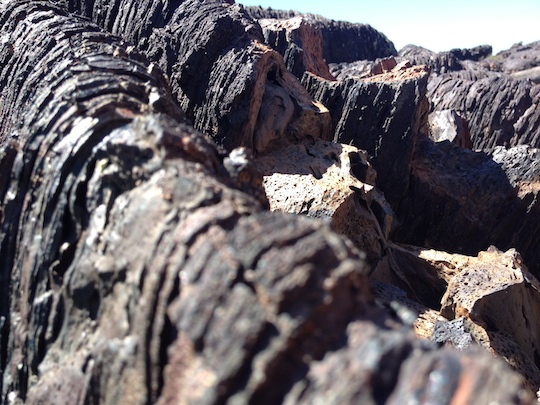 Take a walk back in time with me. Back to April of 2012. We were in Idaho Falls for a fly-tying convention. The boys and I were itching for a field trip, so we drove about 1.5 hours west to Craters of the Moon.

It had been at least 10 years since I last visited Craters of the Moon, but a big field of lava doesn’t change that much; it was just as I remembered. 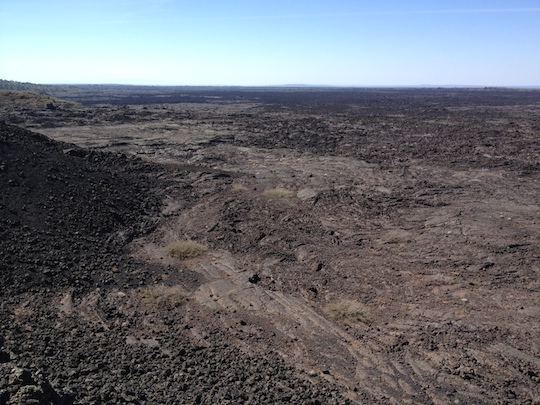 Lots and lots of lava.

As you may recall, my purse was stolen in evil Provo, Utah. What you may not have known is that my park pass was in there along with everything else of importance. Luckily, it was National Park Day or something and we got it free. Take that, Provo!

Before we journeyed to the moon, I downloaded an online Geo-Ranger Manual full of activities that help kids (and adults) learn about the park. When we arrived, the boys could distinguish the different types of lava, discuss pika biology, and repeat the Shoshone creation story. We were ready to explore.

After looking around the visitor center we drove to a couple splatter cones, walked to the top and looked inside. 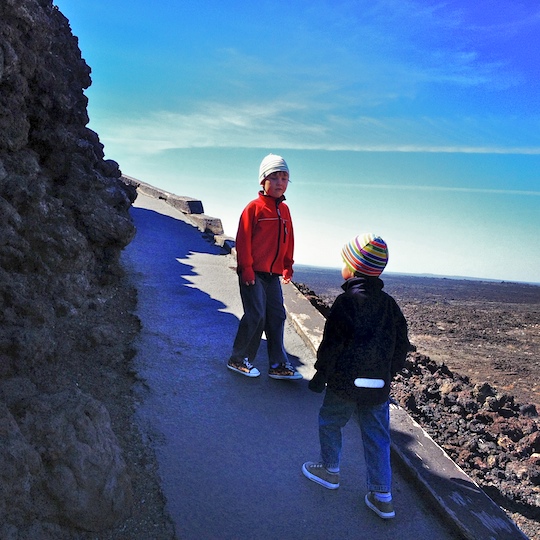 Walking up a splatter cone. 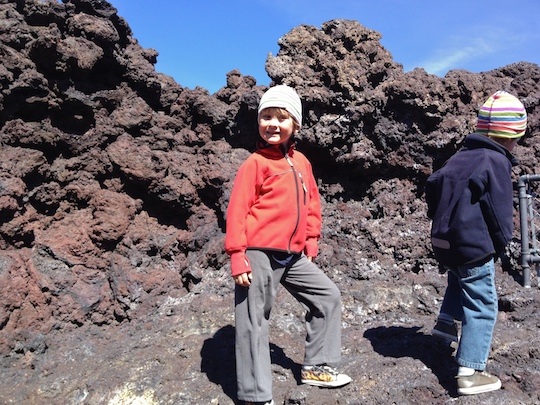 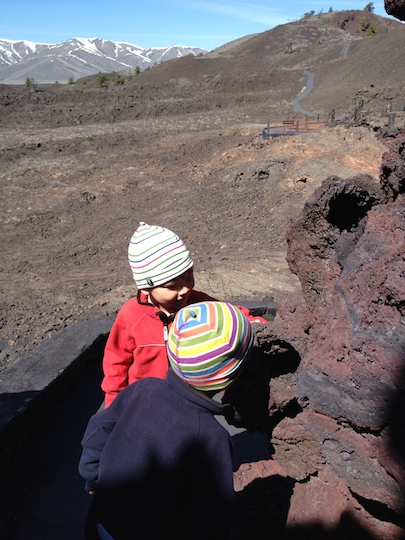 Checking out the lava.

Then it was time for the “real” hike. The Broken Top Loop is a 1.8-mile trail around an old volcano, called Broken Top.

As usual, Finn started in on the complaining within 30 seconds of leaving the trailhead. “It’s too far, it’s too hard. I can’t do this.” In my head, I’m thinking, “Cowboy up and get going,” but this time I stopped. That’s right, 20 feet into a hike, I stopped and gave the boys a rest break and snacks. And it kind of worked. It was another mile before the complaining resumed. Then we had lunch. It was Finn’s greatest triumph–a 1.8 mile hike! 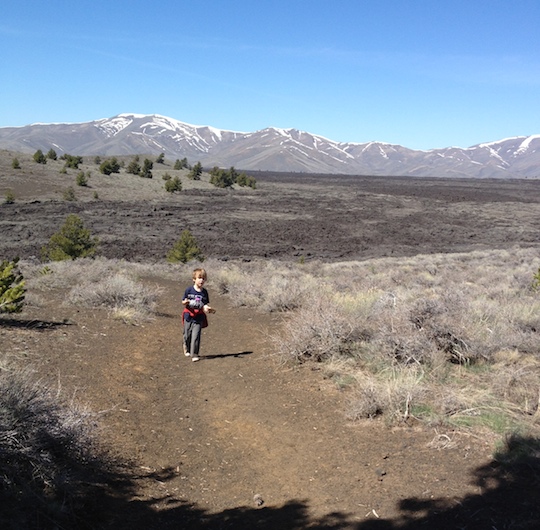 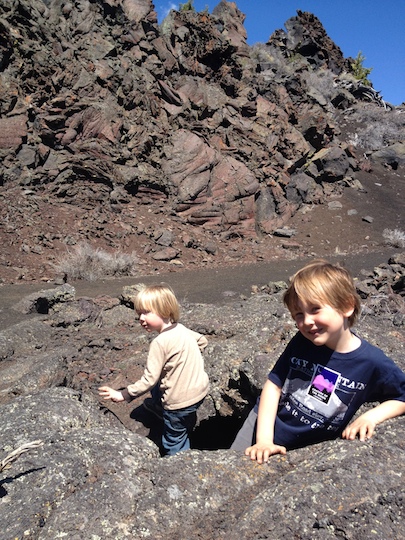 Caught in a hole. 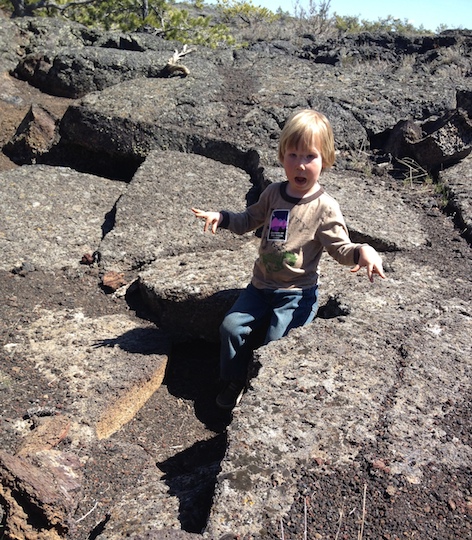 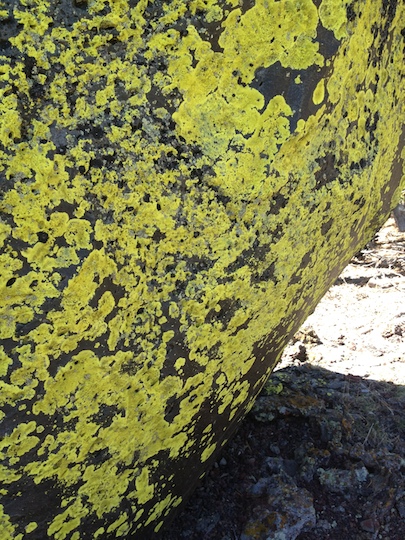 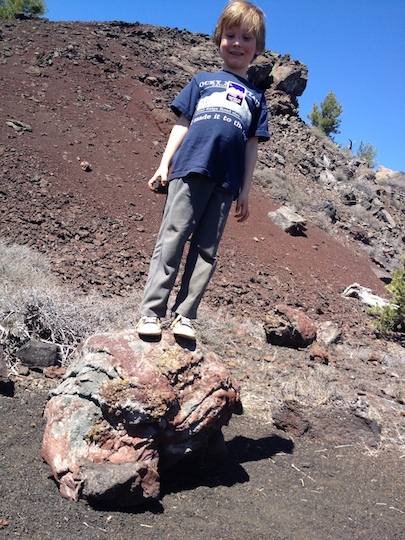 Anders on a lava bomb. 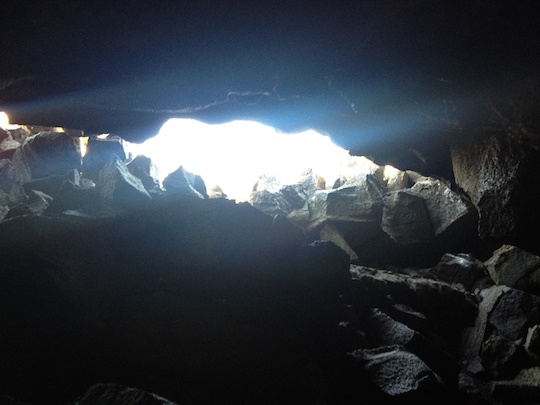 Inside a lava tube.

After the hike, we stopped a couple times to look at rocks and eat more food. Then it was back to Idaho Falls. 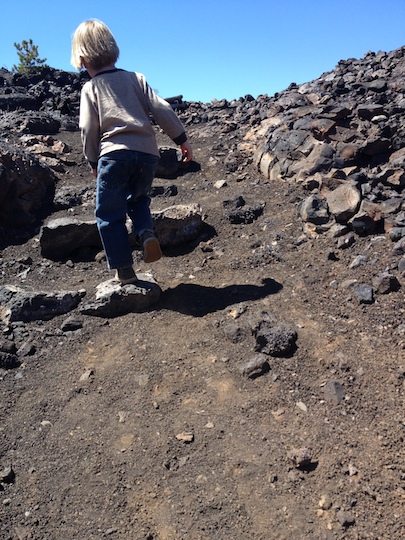 4 thoughts on “Craters of the Moon National Monument and Preserve”