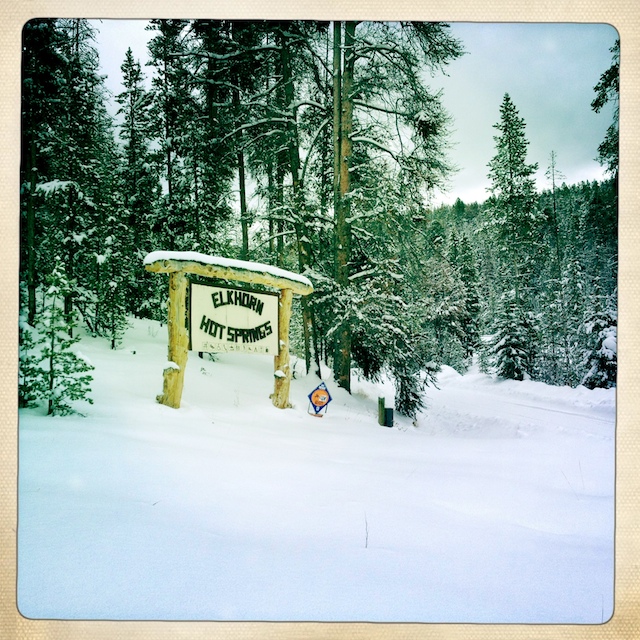 I keep complaining about there not being any snow and then posting photos of us playing in the snow. Are you confused? To clarify, there is some snow in Montana, it’s just not around us. So, we must travel.

Last weekend, we joined our friends, Brooke, Peter and Matine, for our second annual winter ski vacation. Last year it was Neihart and Showdown, this year it was Elkhorn Hot Springs.

Elkhorn is a rather rustic place tucked into the Pioneer Mountains.

We met up at the Patagonia outlet in Dillon before caravaning the last 45 minutes to Elkhorn. Lucky for us they were having a big sale on Capilene long underwear just when we needed some woolies.

There wasn’t much snow until we got close to Elkhorn, but oh, then there was white, fluffy goodness! 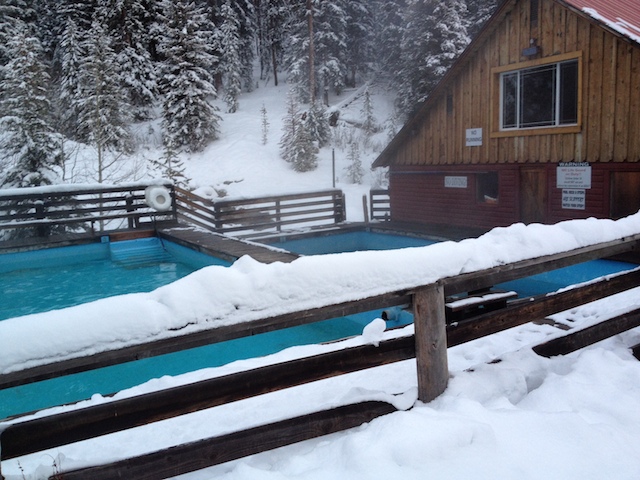 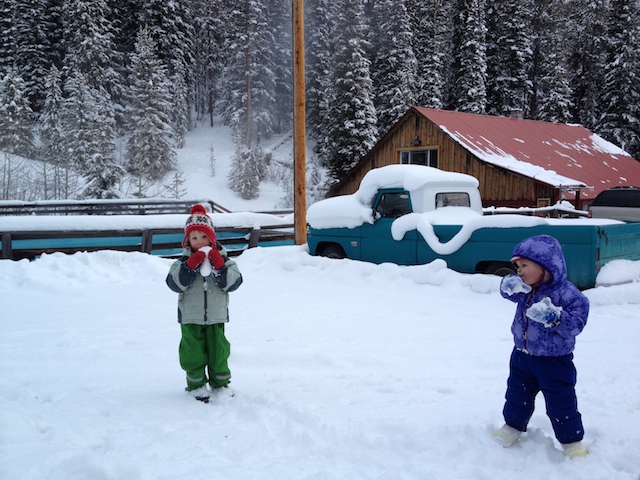 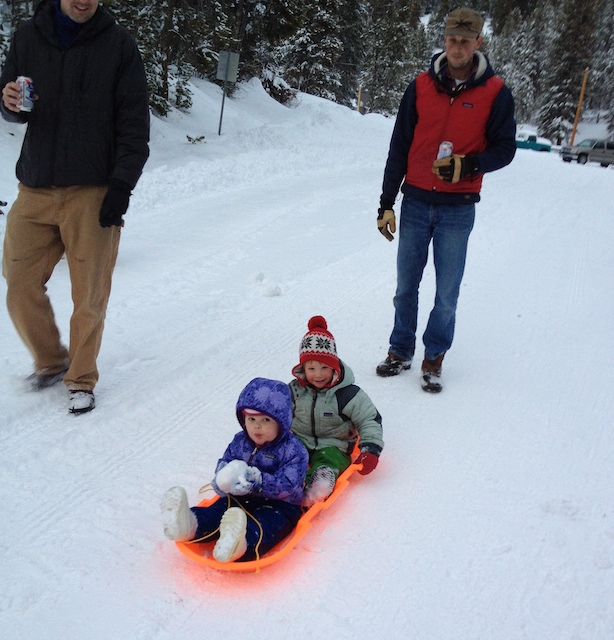 Montana sledding: pushed down a road by a dad with a beer.

We rented a couple cabins. Like I said, they’re rustic. The beds in our cabin were pretty nice, but Brooke and Peter slept on beds that they described as looking like they were from a murder scene in a bad movie. They had a weird stove that kept them warm; we had a nice wood stove that sort of warmed up the place. We both had access to a nasty outhouse. Fortunately, there are bathrooms in the lodge and pool house.

We brought food for the first night and lunches, but ate the free breakfasts at the lodge and one way-too-expensive dinner. The lodge is a great place to hang out and even has a toy corner for the kids. 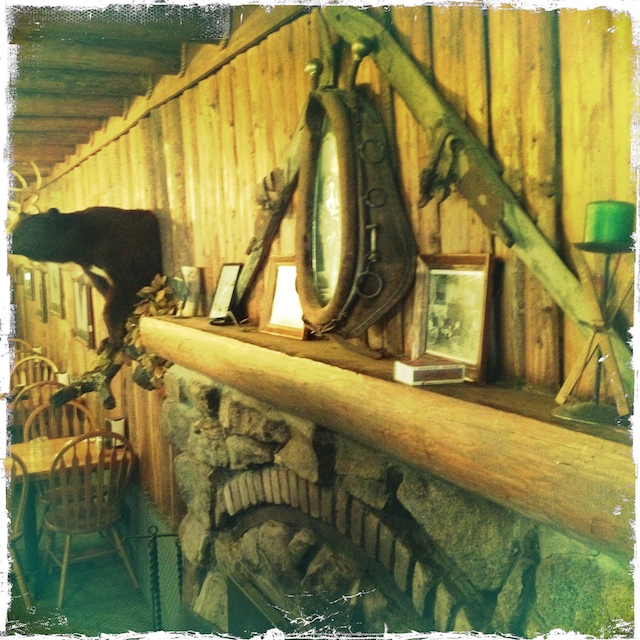 Like all good Montana lodges, this one is full of animal heads. 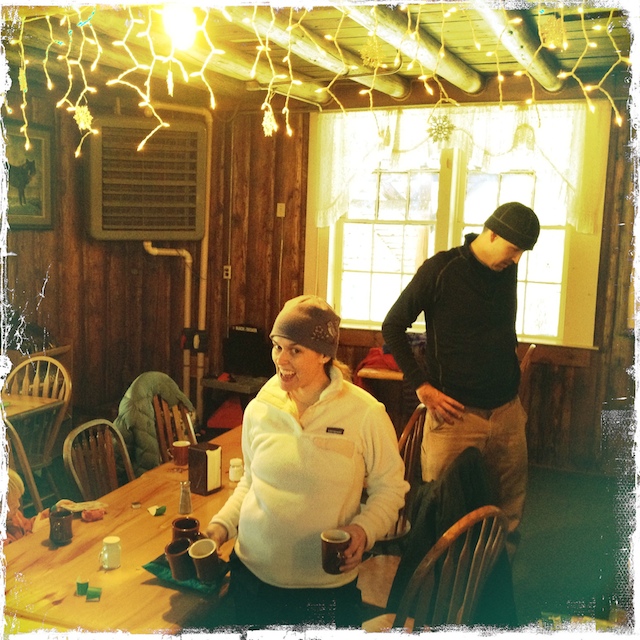 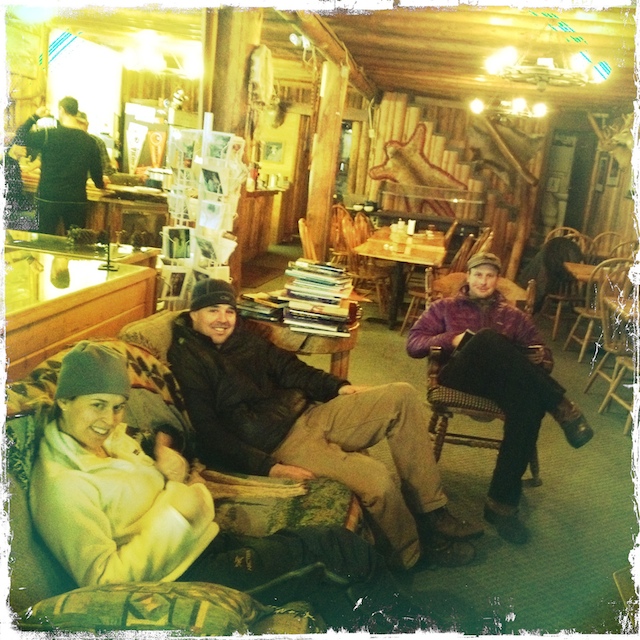 After breakfast on Saturday, Peter snowshoed out a sledding track for the kids. They had a blast. 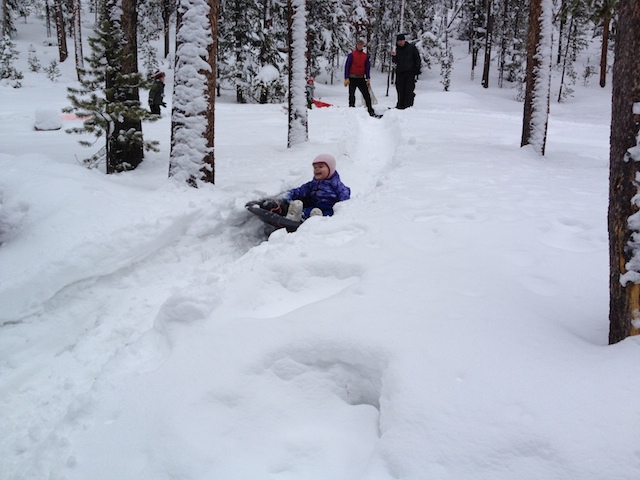 The kids loved the sledding course behind the cabins. 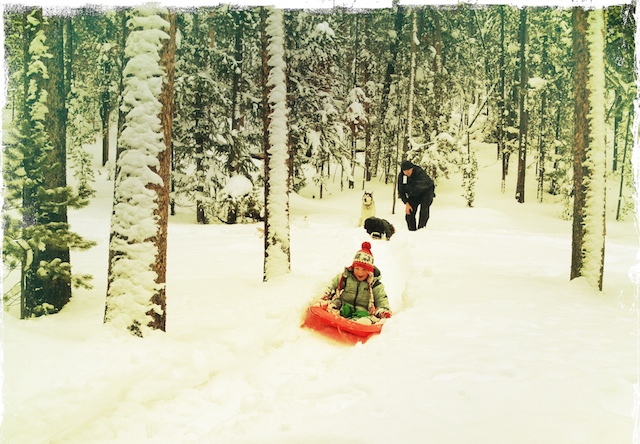 I skipped out of the sledding for a little cross-country skiing with the dogs. The kids are at an awkward stage where they don’t ski very far or fast, but they are too big to carry. So, I have to sneak in a little solo time to to really get my ski on.

I clicked into my cross-country skis and headed up the Grasshopper Ridge Trail, ascending through dense conifers to a lookout at Solarium Point.

From the lookout, I gazed south three miles to Maverick Mountain where we downhill skied six years ago when Henry and I did a similar trip here. Beyond Maverick is the Big Hole Valley. To the north and east, the mountains-Highboy, Comet and Saddleback-and twenty miles of cross-country ski trails await our next long weekend away from home.

I turned around here, but last time I continued up the trail to a large ridge-top meadow with snow so deep the dogs could barely walk outside our ski tracks. There, we paused, breathed deep and drank Good Earth tea from a thermos. Thinking that a ski through the trees on a winding trail might be better accomplished with a little daylight, we headed back down the trail. 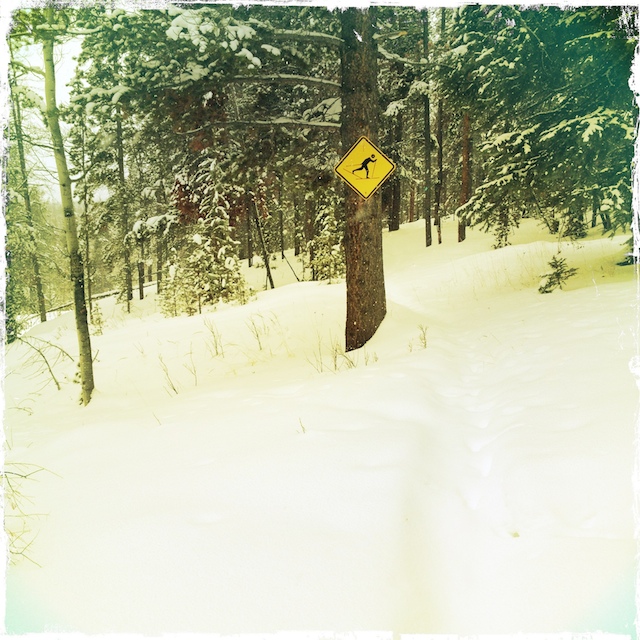 Few things make me happier than seeing this sign. 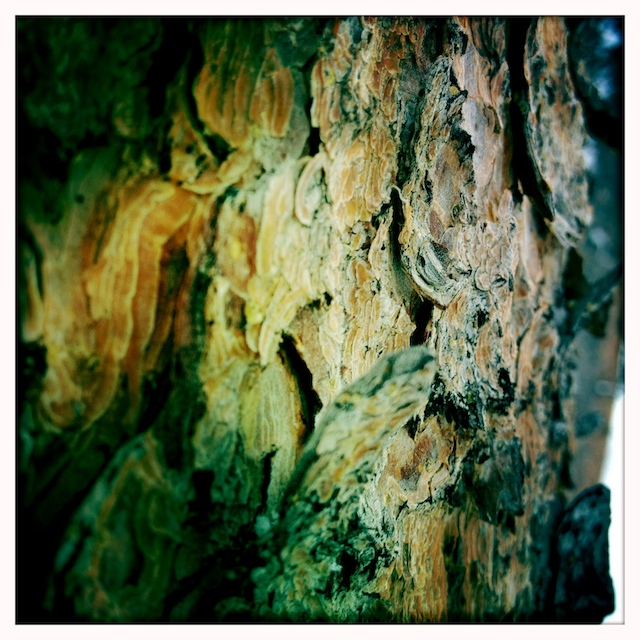 A yummy-smelling Ponderosa pine. Yes, I am a tree hugger, literally. 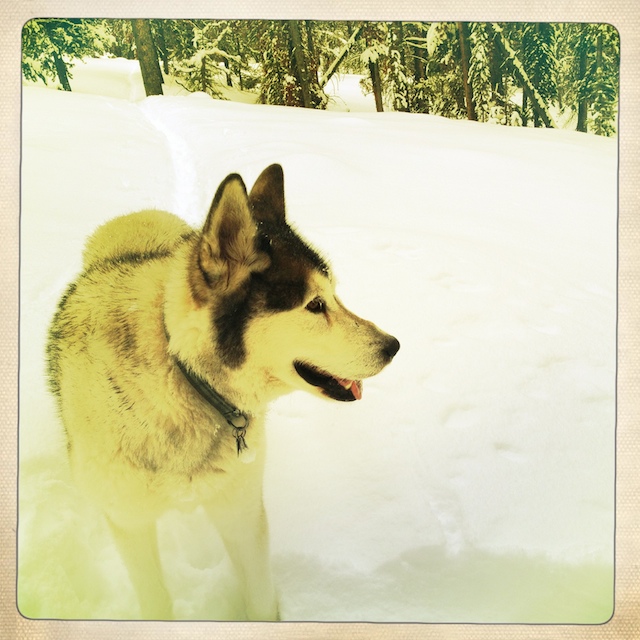 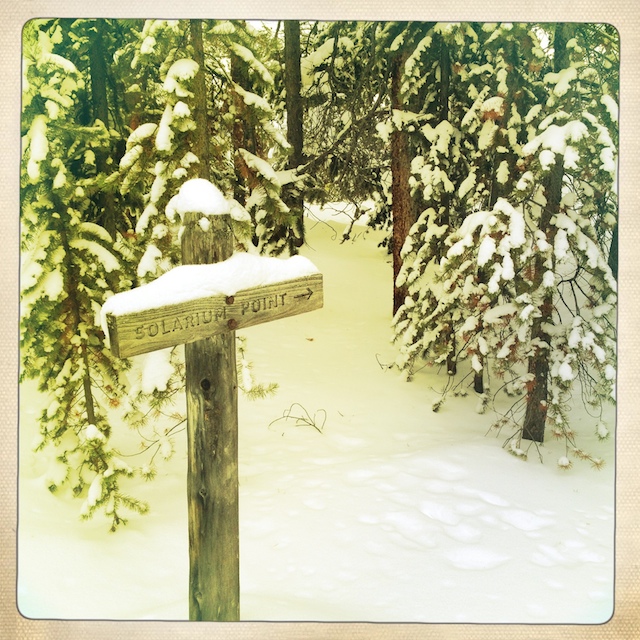 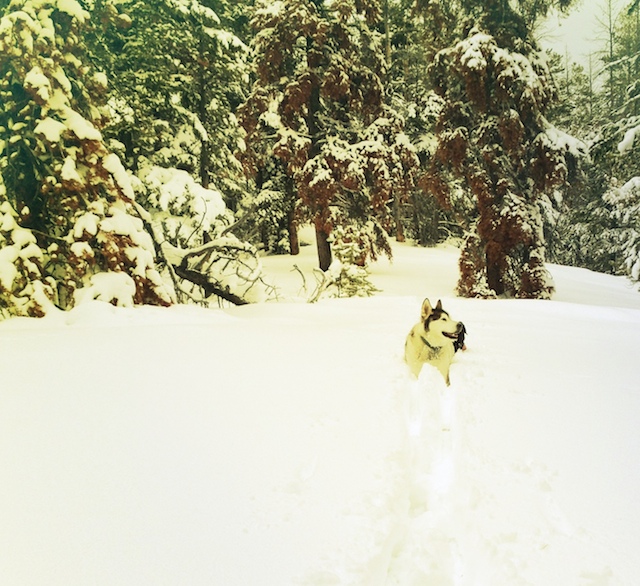 Even the trail I broke was deep and challenging for an old malamute and his shorter friend. Diesel is chin-deep behind Rigby. 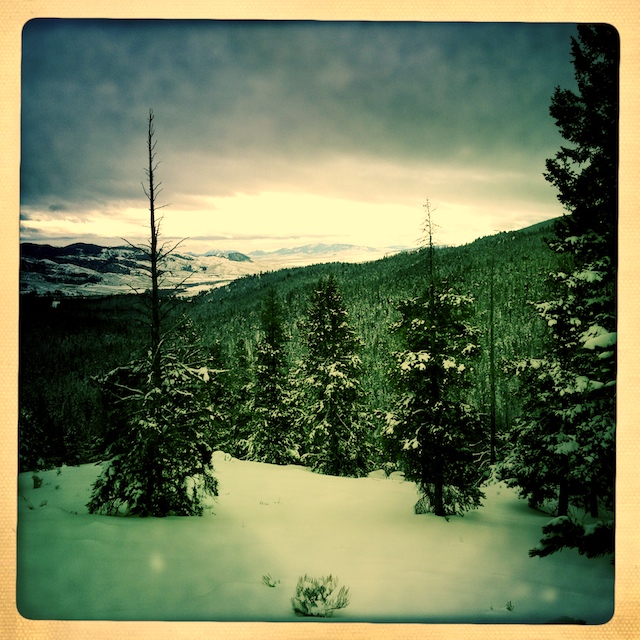 The dogs and I agreed that it was worth the work for this view. 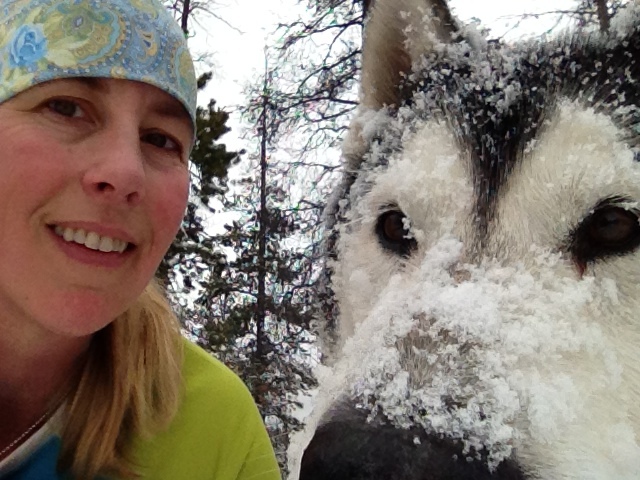 Rigby and his best friend. 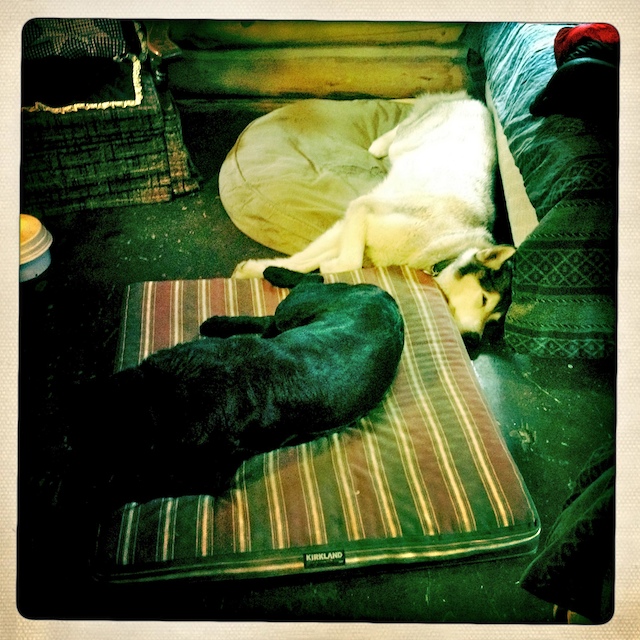 Post ski snooze. Rigby stayed like this for most of the weekend. He loves the snow, but just can’t go like he used to. That negative space is Diesel. He was pretty beat, too.

You can’t go to Elkhorn and not take advantage of the hot pools. According to an article I wrote, “Unlike some thermal pools, the springs at Elkhorn are sulfur-free and therefore, without a rotten egg smell.” 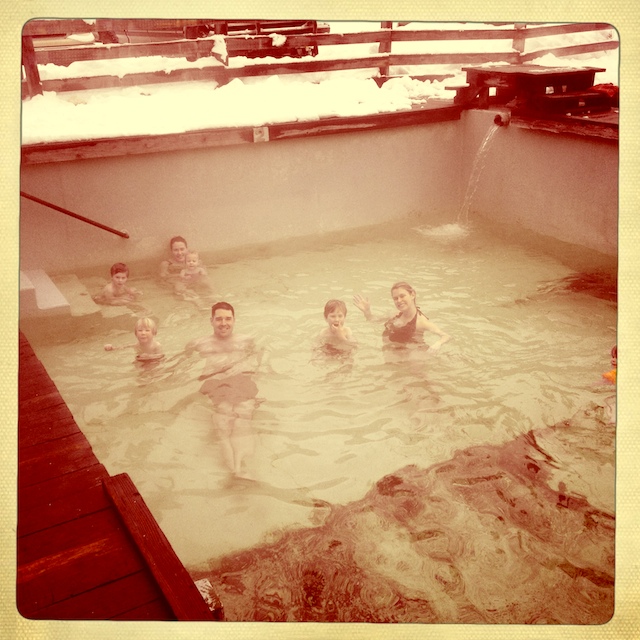 Yay for swimming outside in winter!

We even got the kids on skis. Putting Finn in “real” skis and boots instead of the skis that strap onto his snow boots has made a world of difference. So has getting a year older. We just scooted along the road and around the parking lot, but it was so fun. 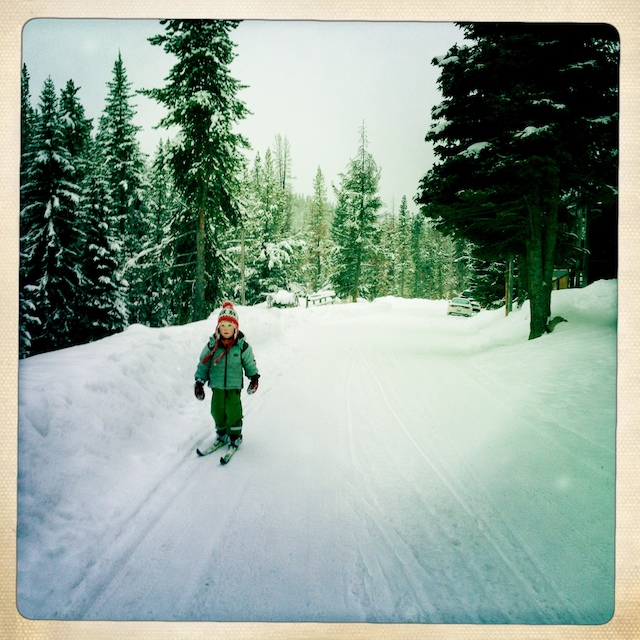 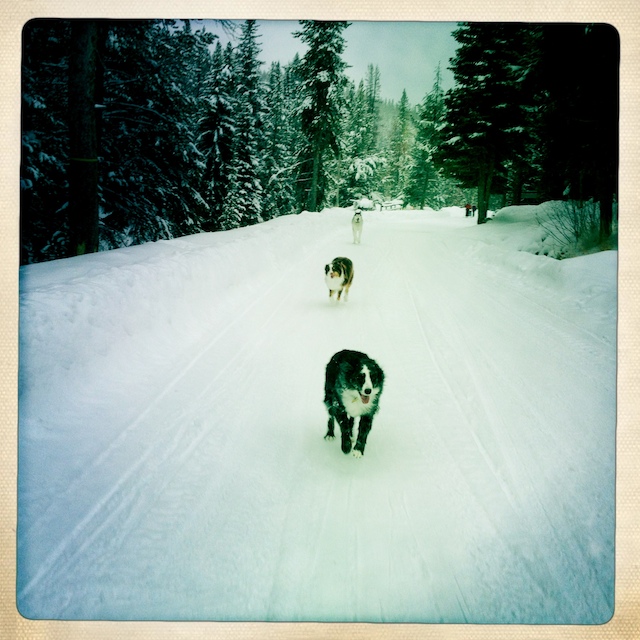 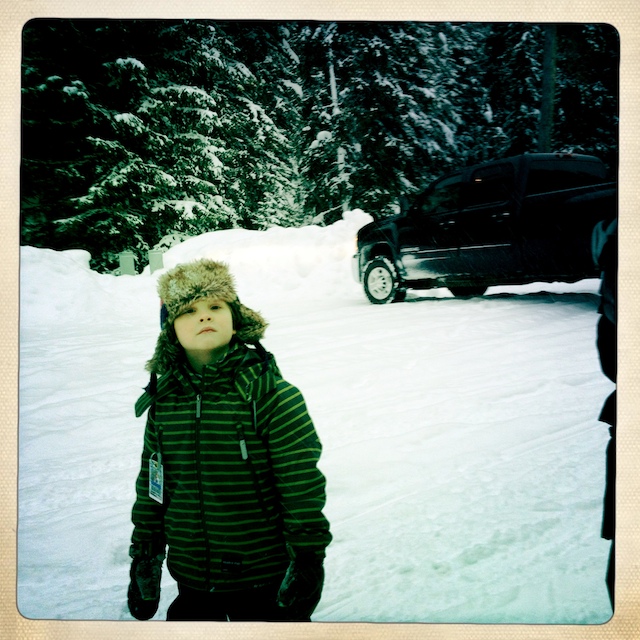 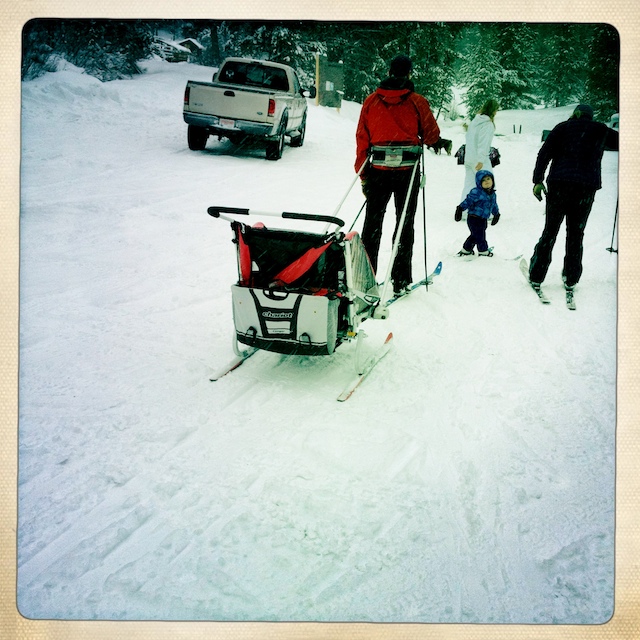 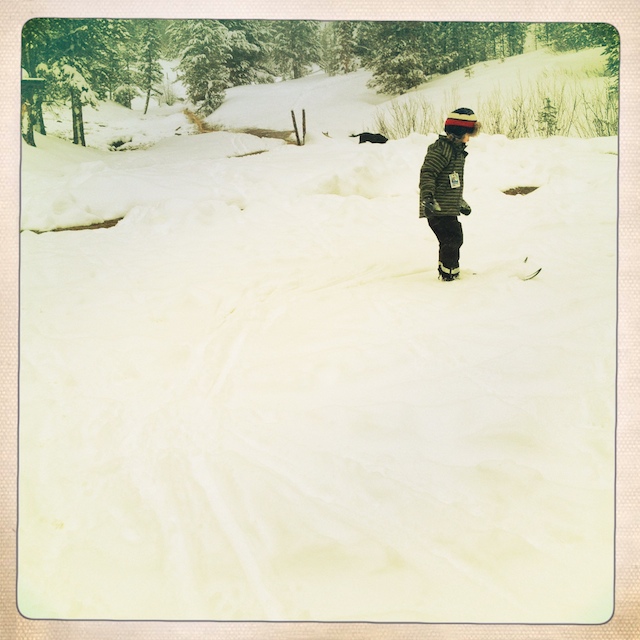 They sure are cute from the outside. 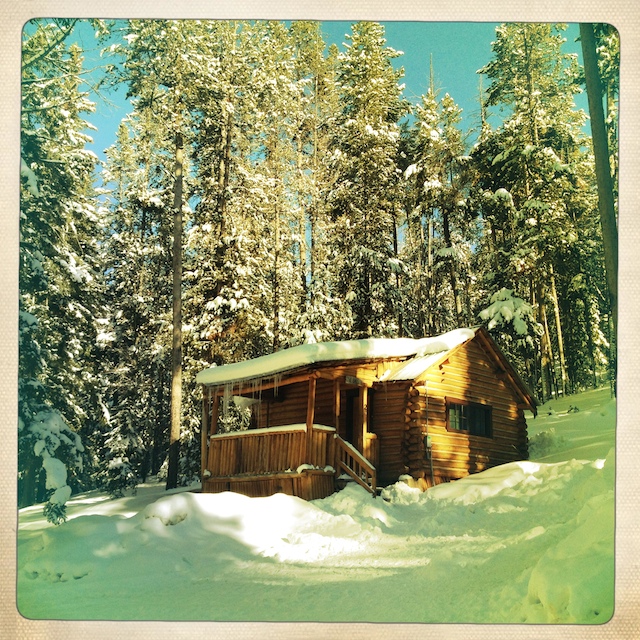 The Howells’ cabin: The Badger 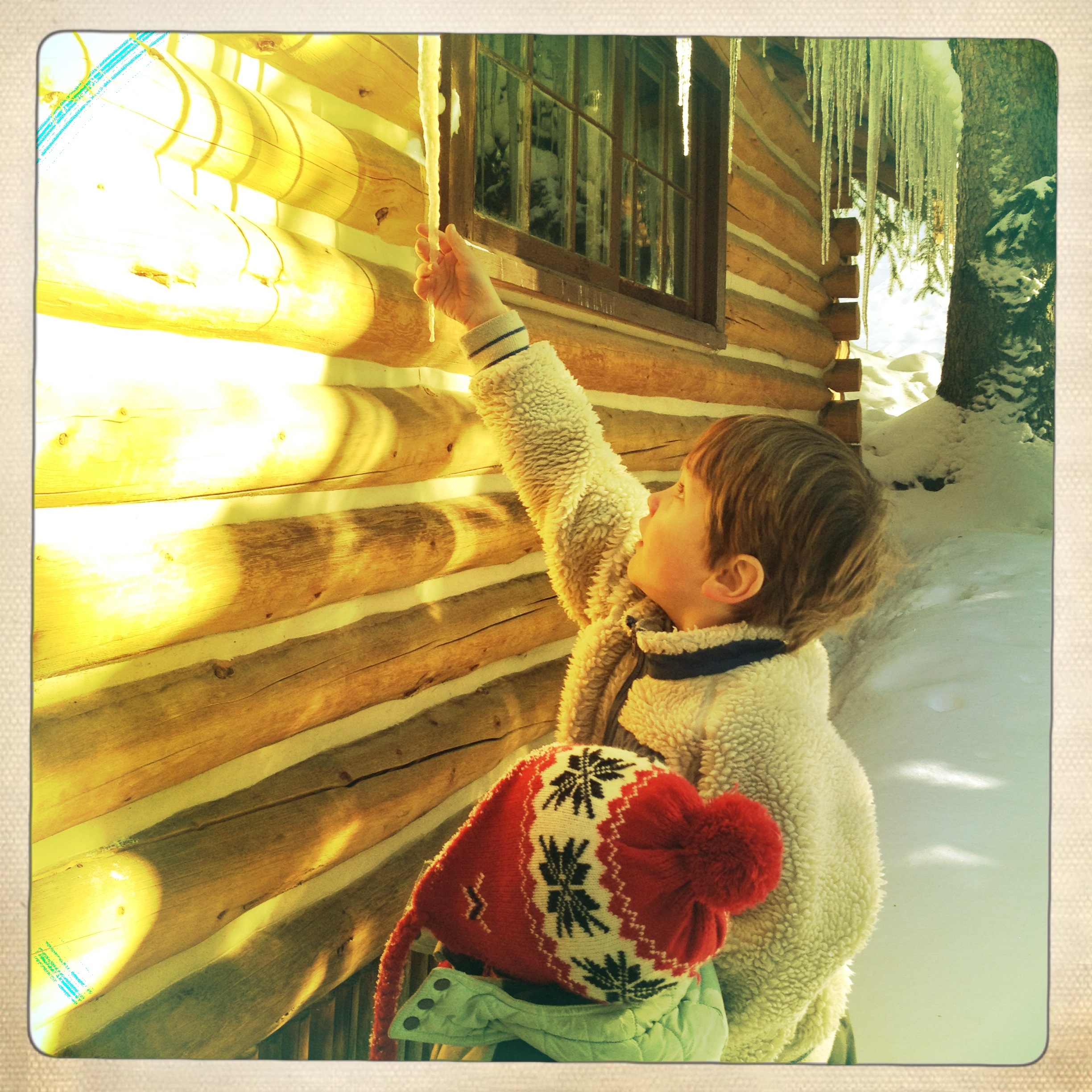 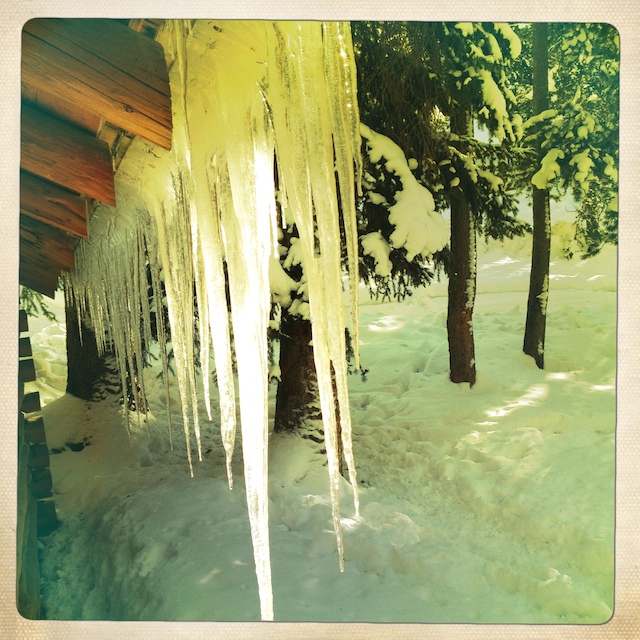 Icicles on our cabin: Red Hawk