Long before Lewis and Clark took their fabled trip across the west, and through Montana, prehistoric hunters found a nice little canyon near the Yellowstone River. They would stop there on their trip from one hunting ground to another to seek shelter in the sandstone caves, eat the local plants, and take advantage of Bitter Creek.

Those prehistoric hunters left behind artifacts and over 100 pictographs, or rock paintings. The oldest rock art in the cave is over 2,000 years old.

We wanted to check it out. I’ve been to Pictograph Cave State Park a few times. Once I met up with the director of the MSU Billings Archaeological Field Team as part of a story for Big Sky Journal.

We started our field trip with a short walk at Four Dances Natural Area. Finn was not happy to find out that we would be walking an entire half mile to an overlook. Of course, I carried him on my back most of the way. Yes, he is five.

The BLM acquired the Four Dances Natural Area in 1999. The property is native sagebrush/grassland, and ponderosa pine in the rocky outcrop areas near the river cliffs. 200-500 feet below, cottonwoods line the Yellowstone River. We had sweeping views of Billings in one direction; the Yellowstone, wide open spaces, and the Pryor Mountains in the other direction.

I love how easy and cooperative this kid is. He makes parenting a breeze. 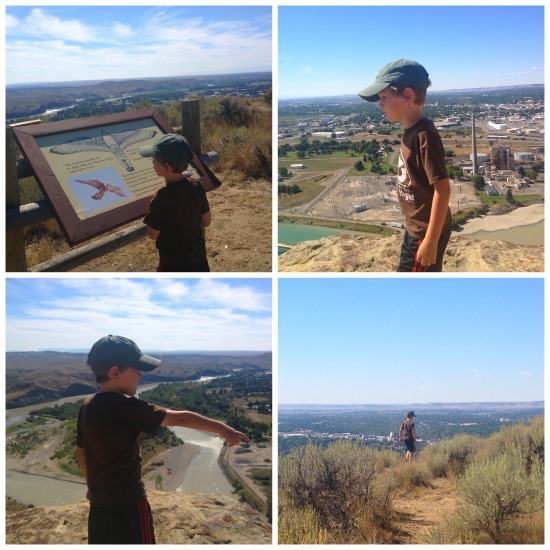 No pictures of Finn since he was out of sorts (as usual when walking is involved).

Four Dances is designated a Special Recreation Management Area and Area of Critical Environmental Concern (ACEC). BLM’s objectives for the site are the protection of open space and natural and cultural resources, while providing dispersed public recreation in Billings (and those who visit). There is a picnic table and porta potty, but no water. Its rumored that there are five geocaches in this area, so if you go, bring your GPS if you are into that sort of thing.

Four Dances is a peregrine falcon nesting area. We weren’t there at nesting time, but it looks like some of the cliff areas are closed when birds are laying eggs and raising young.

After lunch and our walk we drove a couple miles down the road to Pictograph Caves State Park. The highlight of this park is a sandstone wall featuring one of the most significant archaeological sites in Montana.

The park’s three main caves – Pictograph, Middle, and Ghost cave – were home to generations of prehistoric hunters. The caves were carved from the eagle sandstone cliff by the forces of water and wind. Those same forces are still eroding the cave, making the pictographs more difficult to see than they used to be. 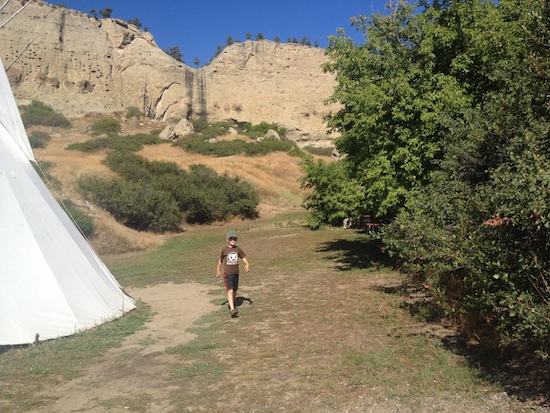 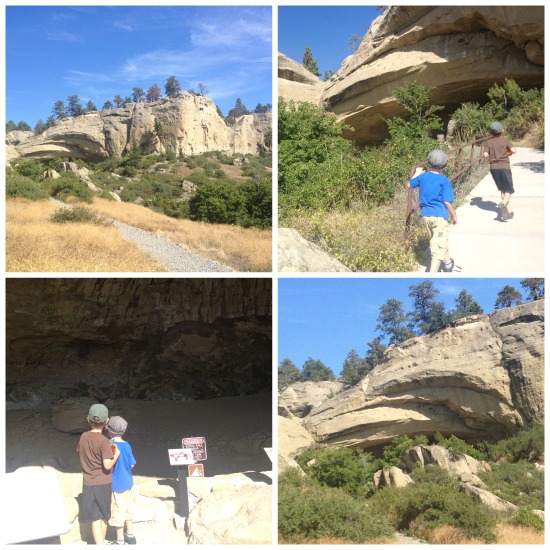 Everyone is happy and we are exploring the caves.

We stopped by the Visitor Center first, so we would know what to look for when we got up to the cave. We also snagged a self-guided trail brochure, which we all found pretty interesting. It’s nice to know what you are looking at in a place like this. The caves and pictographs are cool, but there is more going on and reading as went clued us into that, and helped us form a fuller picture of what life was like here long ago.

A short paved trail leads to Pictograph Cave, the largest of three lacunas and covered in rock paintings. Interpretive signs explain the cultural and natural history of the spot. You cant get too close to the cave walls, so we used binoculars to better view the pictographs. Honestly, they are really faded, so knowing what used to be there is good.

This trip worked out well in terms of the cave study we’ve been doing recently. We talked a lot more about the people that camped here and what their lives must have been like, than the geology, but we did talk a little about the caves themselves. They are really different than the cave we will be in this weekend. We also picked up the Montana State Park junior ranger program booklet so we can fill that out before heading to Lewis and Clark Caverns (also a State Park) . 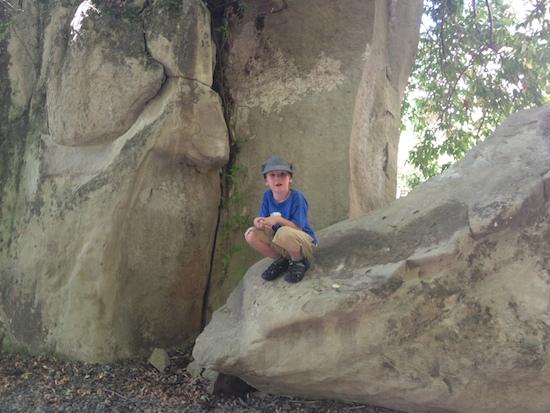