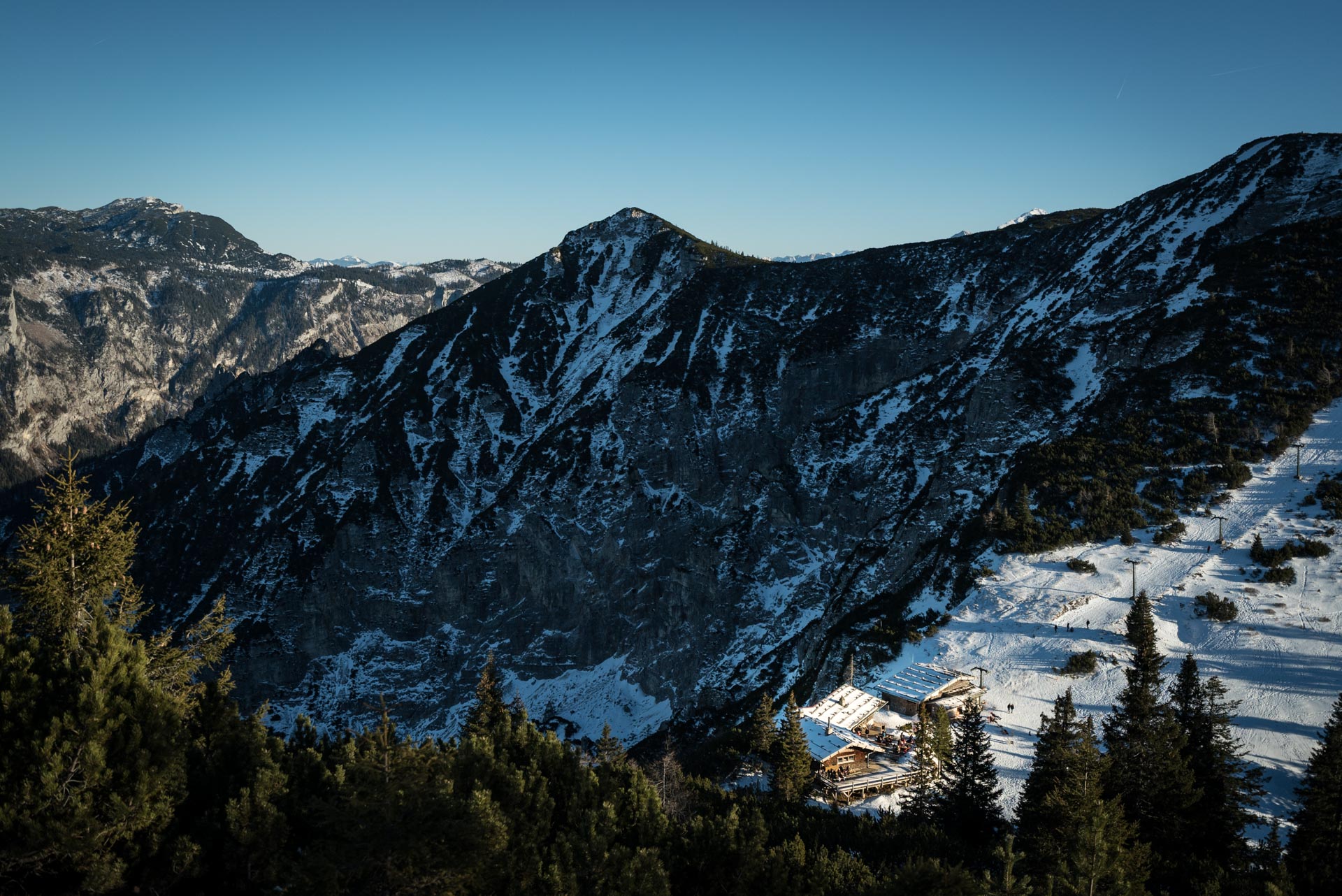 I don’t know why I didn’t realize we would be hiking in the Alps while we were in Germany. I always think of the Swiss Alps, but in reality the range runs through France, Austria, Germany, Italy, and Slovenia, as well as Switzerland.

We went hiking in the Alps in Germany. One of my favorite walks was climbing Predigtstuhl in Berchtesgadener Land near Bad Reichenhall. That’s a mouthful.

We could see Predigtstuhl peak from the apartment we rented. At night, we could see the restaurant, with its lights aglow, from our bed. It was the last thing I saw out the window every night while in Germany. Of course, I had to walk up there.

Hiking in the Alps

Anders and I started from our apartment in Bayersich Gmain on New Year’s Day. Of all the things I liked about this apartment, and there were many, its location near so many trails and pathways was at the top of my list. From our front door to the top of Predigtstuhl took about four hours.

The trail started at the Wanderplatz and went uphill quickly. At first it was just a steep (closed) dirt road, then a mountain trail, and eventually we were pulling ourselves over rock faces with cables and climbing metal stairs bolted to the mountain. 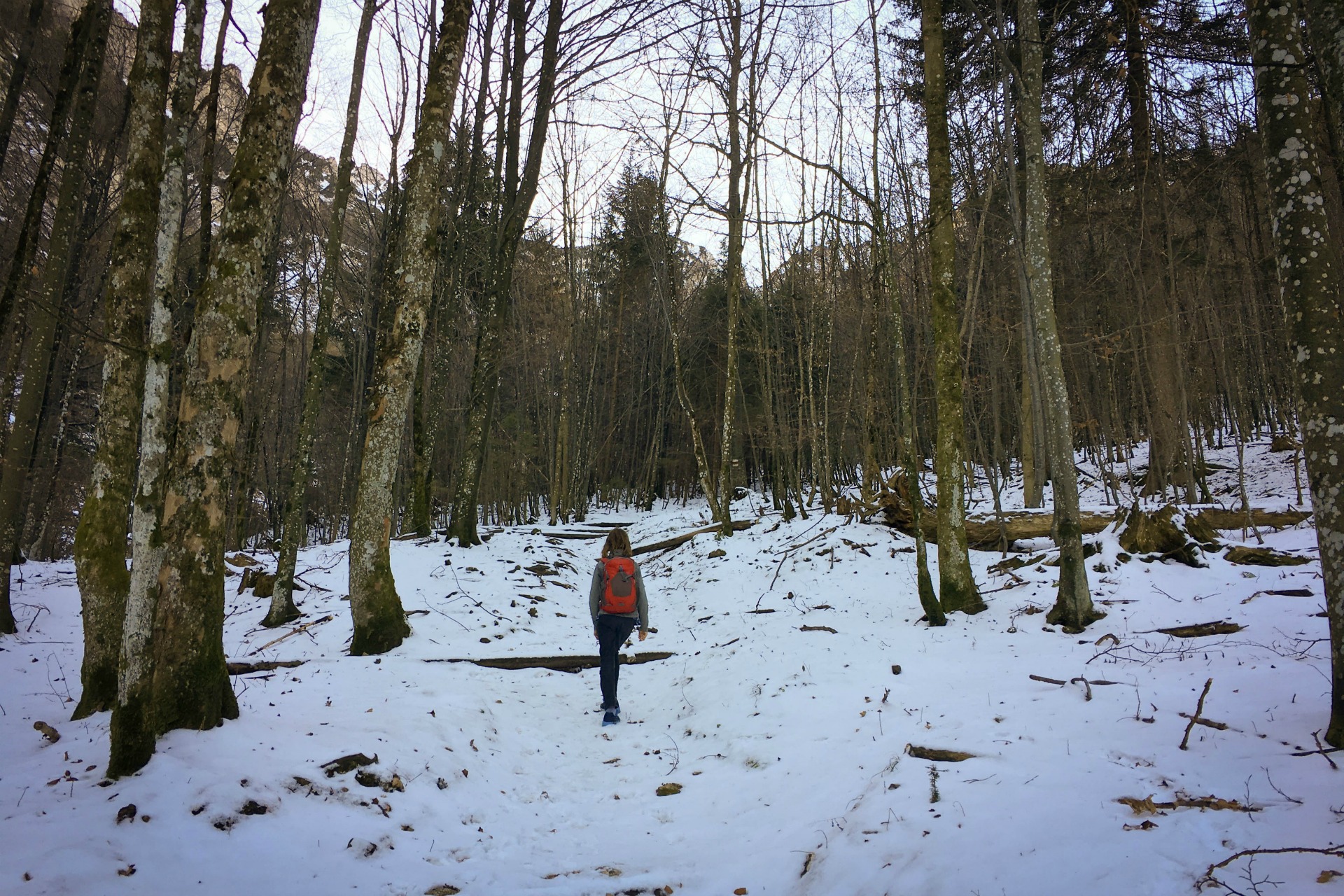 It was a lot of work getting up that hill, but Anders had the best attitude the whole time.

About half way up the mountain, we heard gun shots. In the valley below, men dressed in traditional costumes were shooting black powder guns. This is part of the tradition in this part of Germany and Austria and we heard the shots several times between Christmas and New Year’s Day. I am glad we knew about it, otherwise the shots would have been a little scary.

Looking down on the valley, we could see smoke coming out of the guns far below us, and then a bit later, hear the sound. It was a great lesson in the difference between the speed of light and the speed of sound.

From our vantage point, we had a big view of the valley all the way to Salzburg. It was like looking at a giant relief map and gave me some much-desired perspective on the area. We kept walking up the narrow valley on the packed trail with the snow getting deeper around us.

We were both in running shoes, which meant wet socks and feet once we hit the snow. Poor Anders had slick soles on his shoes and I had to pull him up a few sections when his shoes wouldn’t grip. First thing the next day, we got him new trail shoes. 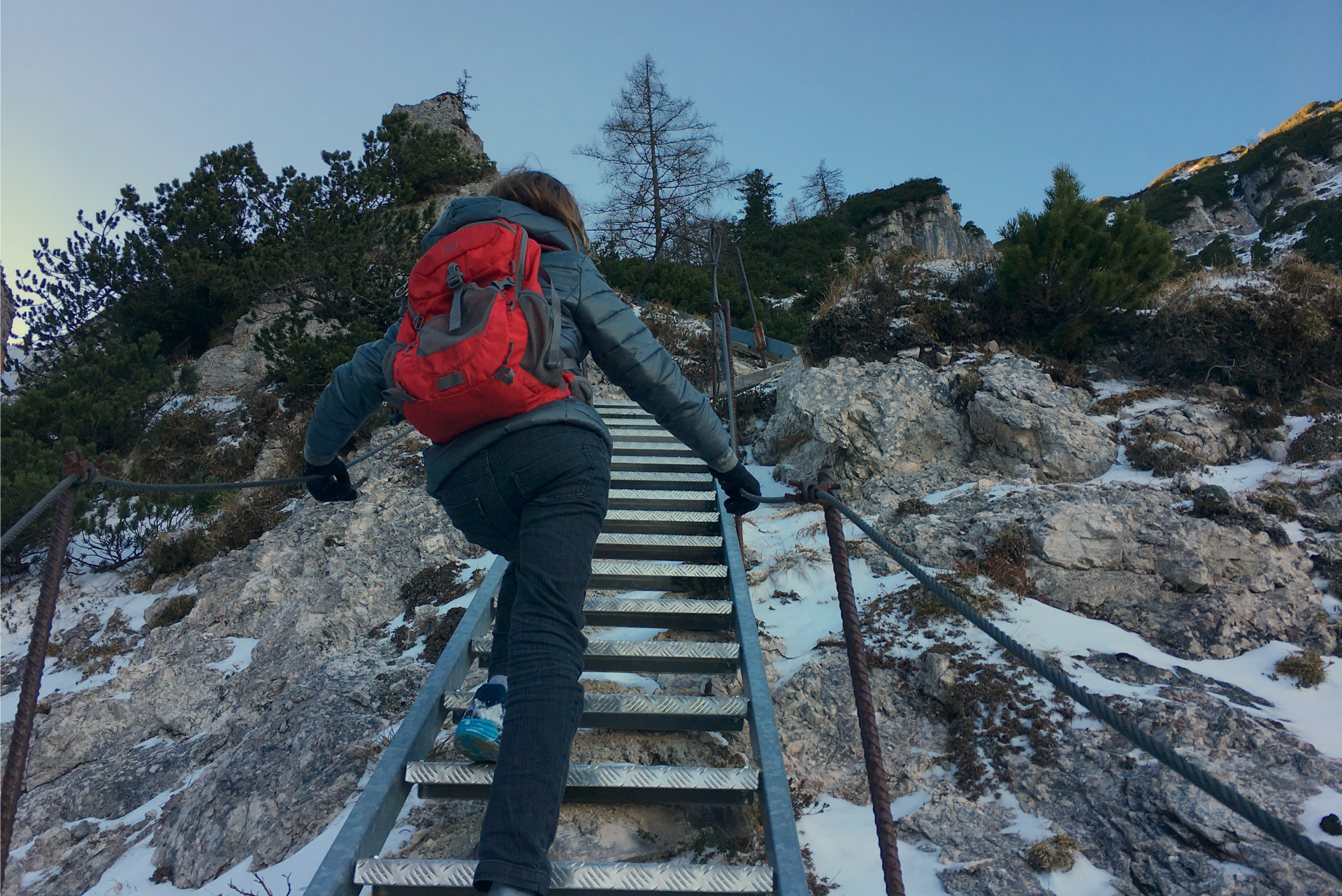 There’s a risk taking your kid into the mountains. Not as risky as taking him in a car, but it feels riskier in the moment. And when his slippery-soled shoes slide in the snow, you ask yourself if this was a good idea.

After a moment of questioning myself, I realized we were fine, we were having fun, and we would be so proud of our accomplishment at the top. Plus, it had gotten too steep and slippery to turn around, so the only way to go was up!

At the top of Predigtstuhl we could hear voices from the Alpine Hut or Almhütte Schlegelmulde. People were sitting in lounge chairs in the snow, soaking up sun and beer. Kids were sledding and playing in the snow. The casual restaurant served snacks and German food to the crowds who rode up the other side of the mountain in the Predigtstuhlbahn cable car. After not seeing or hearing anyone on the mountain, it was fun to emerge into this revelry. 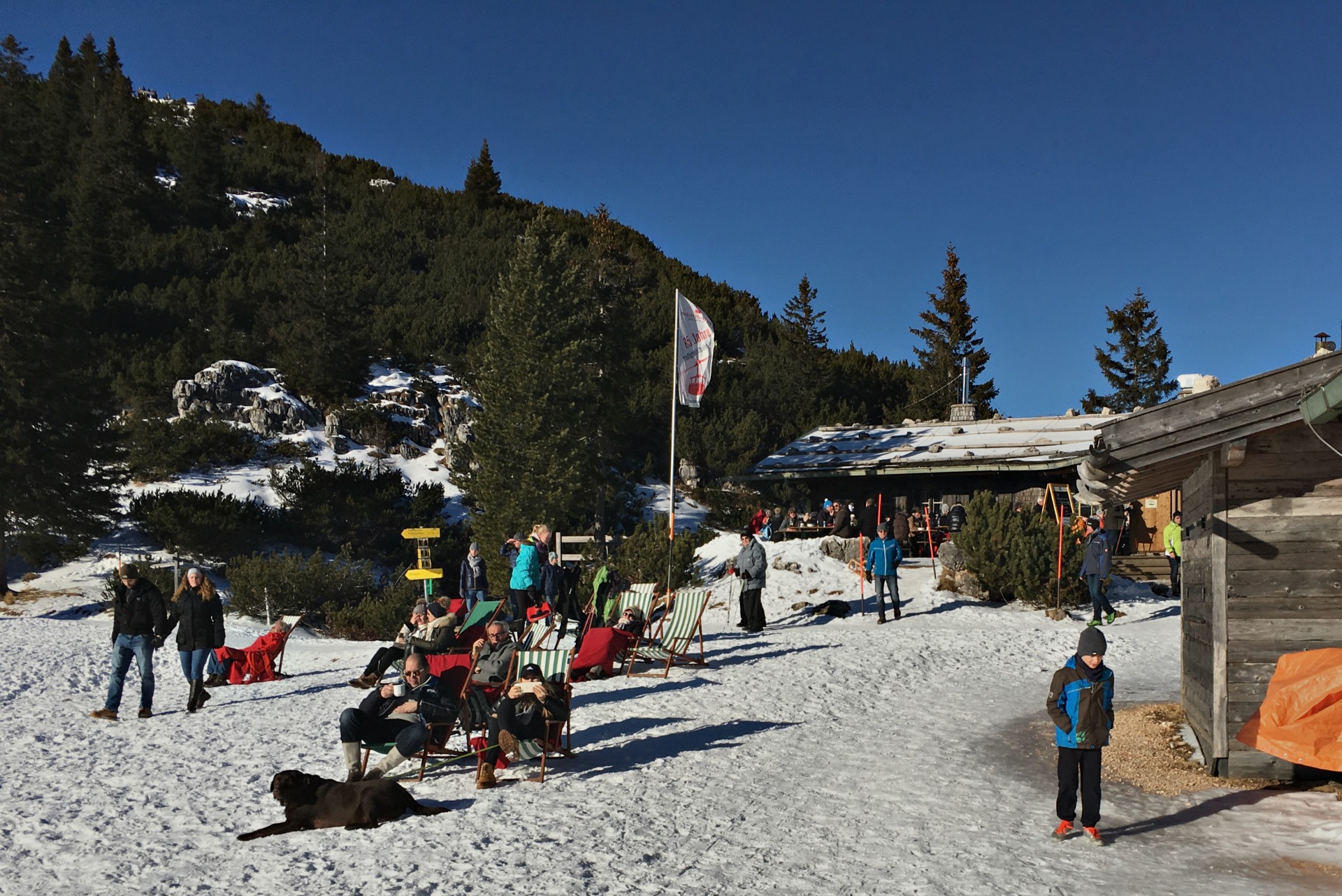 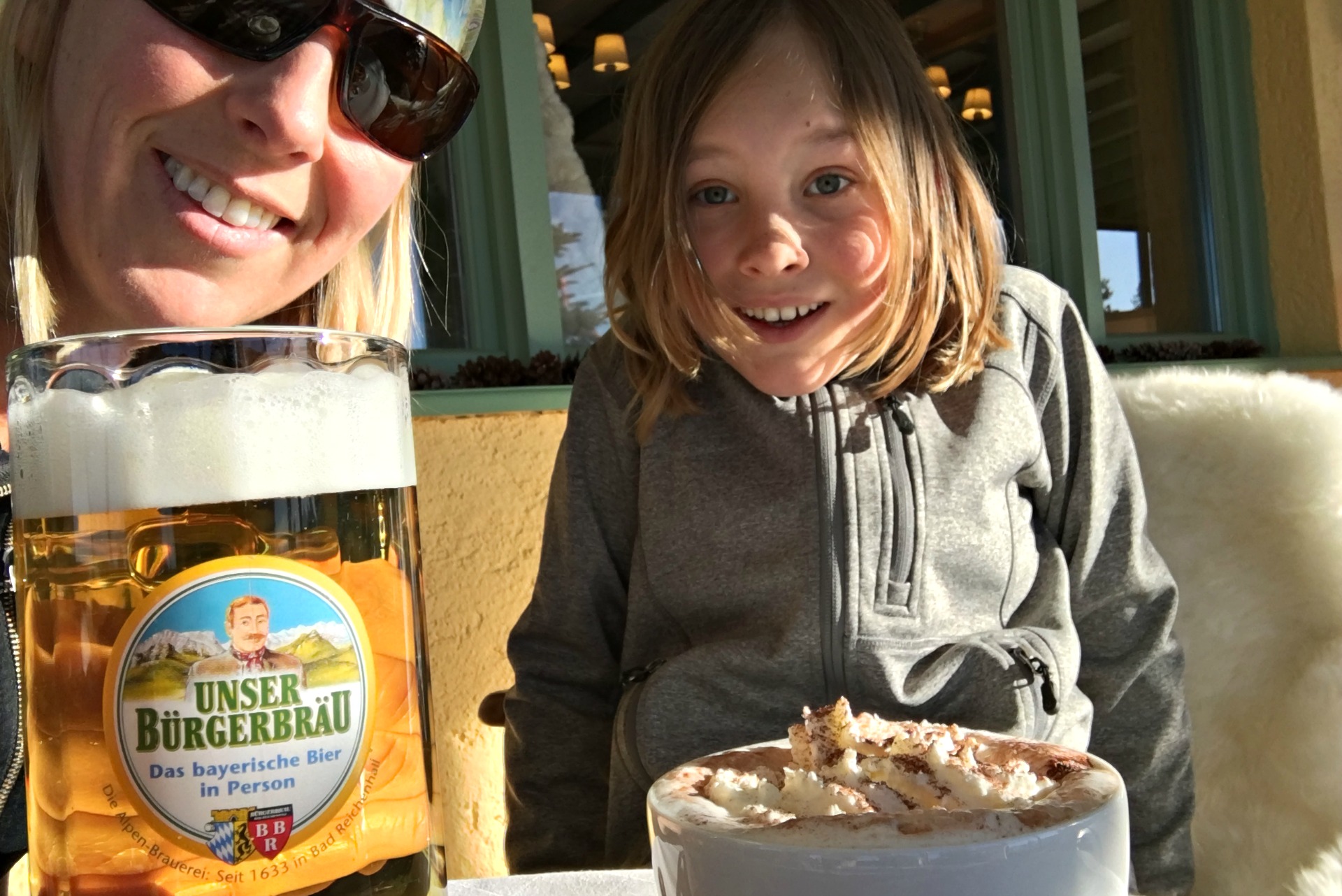 We hiked past the Almhütte to the bigger restaurant and cable car dock, Bergrestaurant Predigtstuhl. While we waited for Henry and Finn to arrive via Predigtstuhlbahn we ordered beer, hot cocoa, and cake. We sat in the sunroom and warmed our feet while gazing at the rugged, snowy mountains out the window. We felt like we deserved the sweet reward.

From the top of Predigtstuhl, a little higher than the restaurant but easily accessible for gondola-riders, we had a panoramic view of mountains, lakes, small towns, and Salzburg. We were feeling a little smug about climbing to the top while everyone else took the Predigtstuhlbahn, but not so smug that we didn’t buy ourselves tickets for the ride down.

The next day it started snowing and didn’t let up for a couple of weeks. We wouldn’t have been able to hike up there even a day after our New Year’s trip, even with proper footwear. As they say, you have to climb mountains while the sun shines. 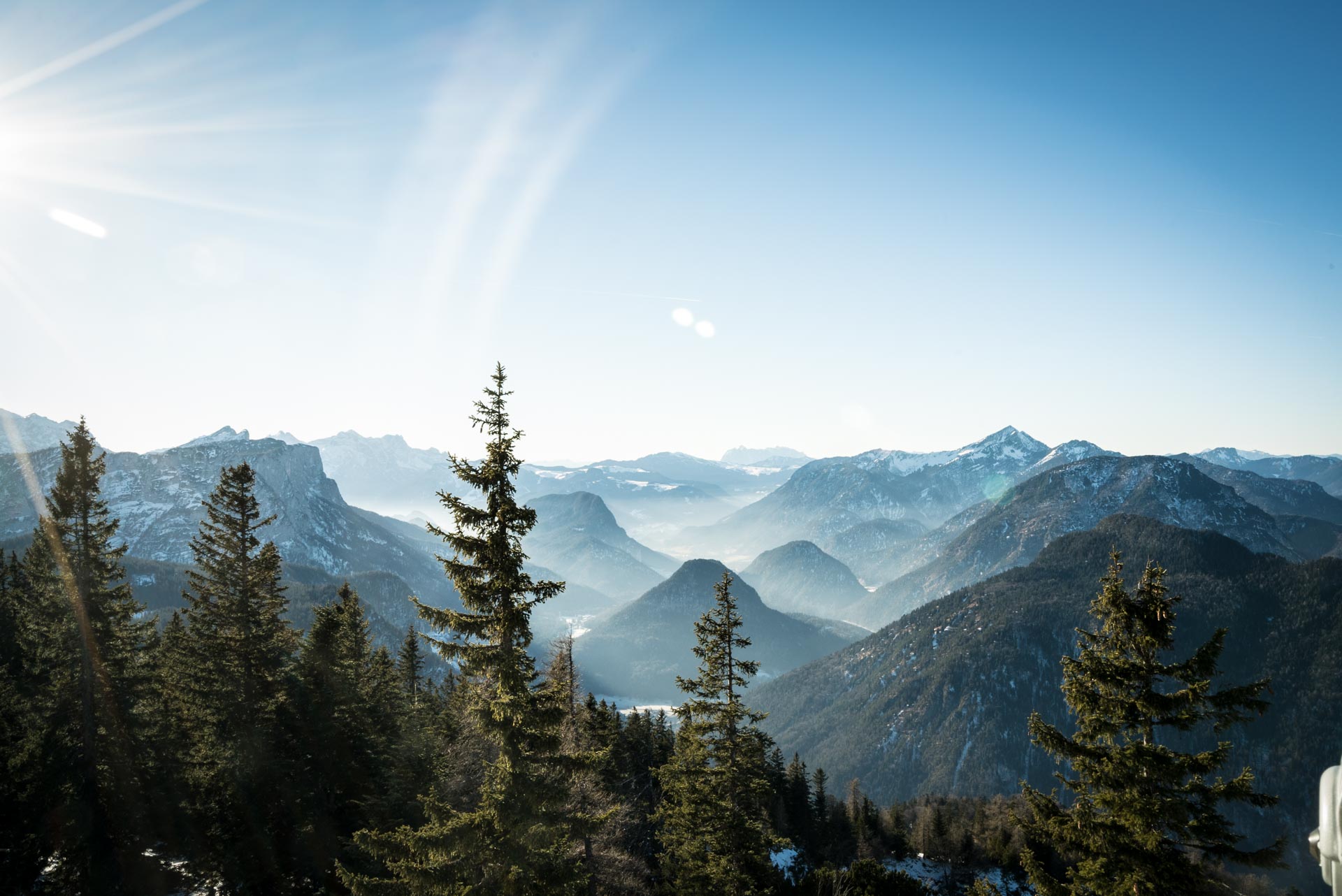 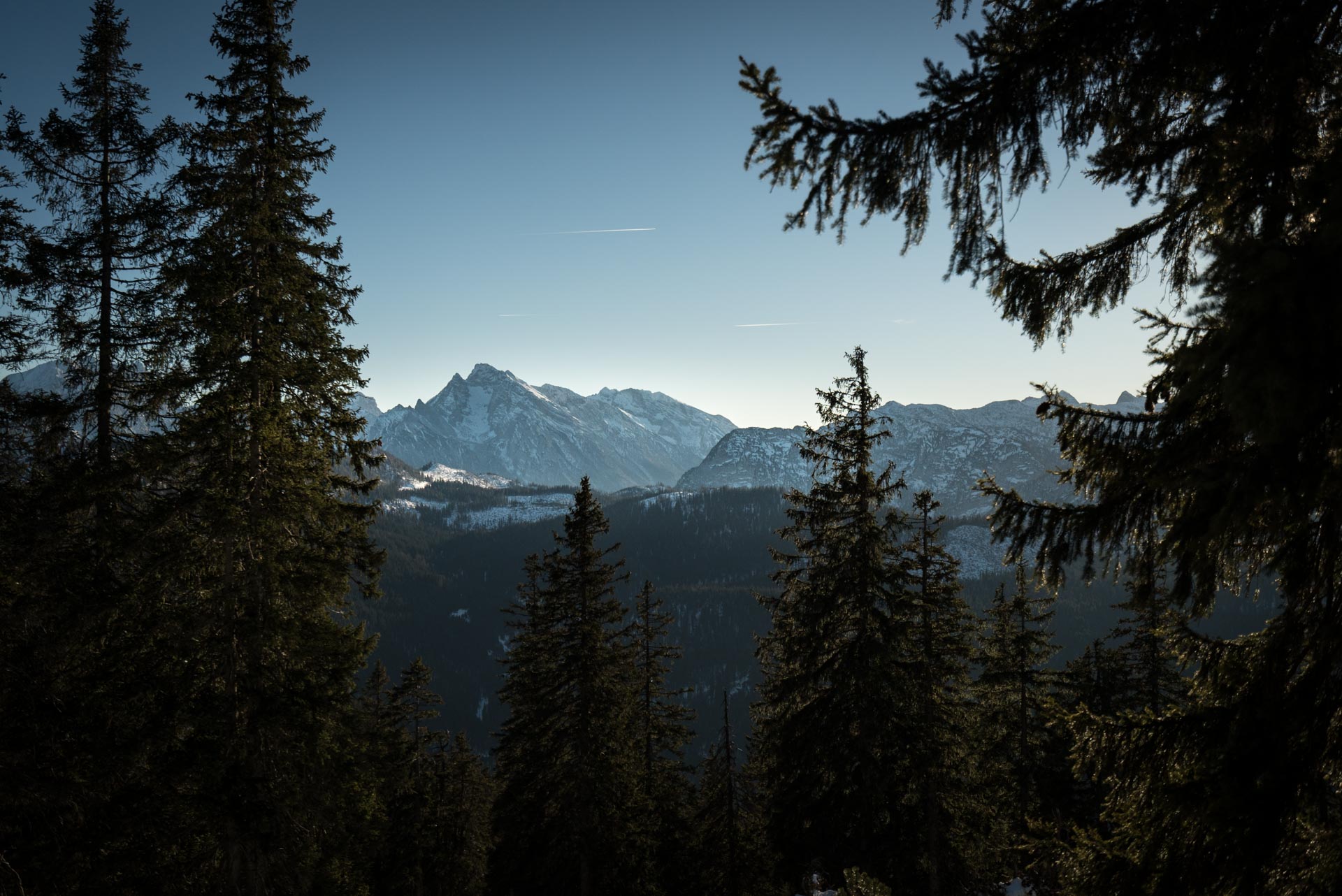 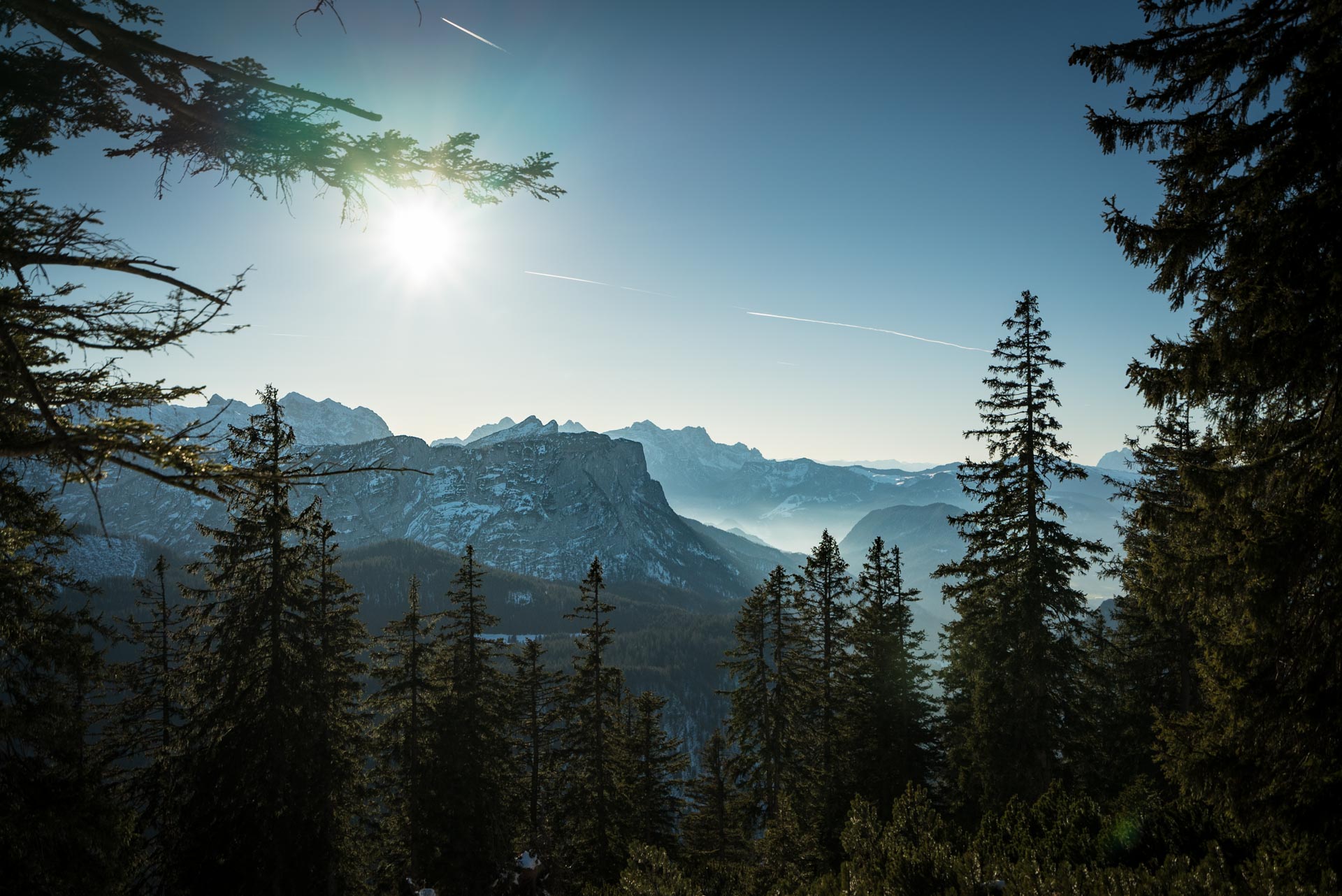 There are many trails going to the top of Predigtstuhl. We took Wandervege 477 from Bayerisch Gmain. I think the ones leaving from Bad Reichenhall may be less technical, but also more crowded. The trails up Predigtstuhl are extremely well signed and easy to follow.

More detailed maps are available in the bookstores at German train stations, or on Amazon.

Restaurants at the Top of Predigtstuhl

There are two places to eat on the mountain, and of course, you can also bring a picnic. Almhütte Schlegelmulde is like a ski lodge you’d find mid-mountain at a ski resort. In fact, there is a small chair lift here that takes skier farther up the mountain when there is more snow. The Alpine Hut is about a ten-minute walk from the gondola.

Bergrestaurant Predigtstuhl is in the building where the gondola docks. It’s more formal. They serve a buffet on Sundays until 2:00 and host “Prosecco Saturdays.” We missed the buffet by ten minutes and could only order cake. We were ok with that. 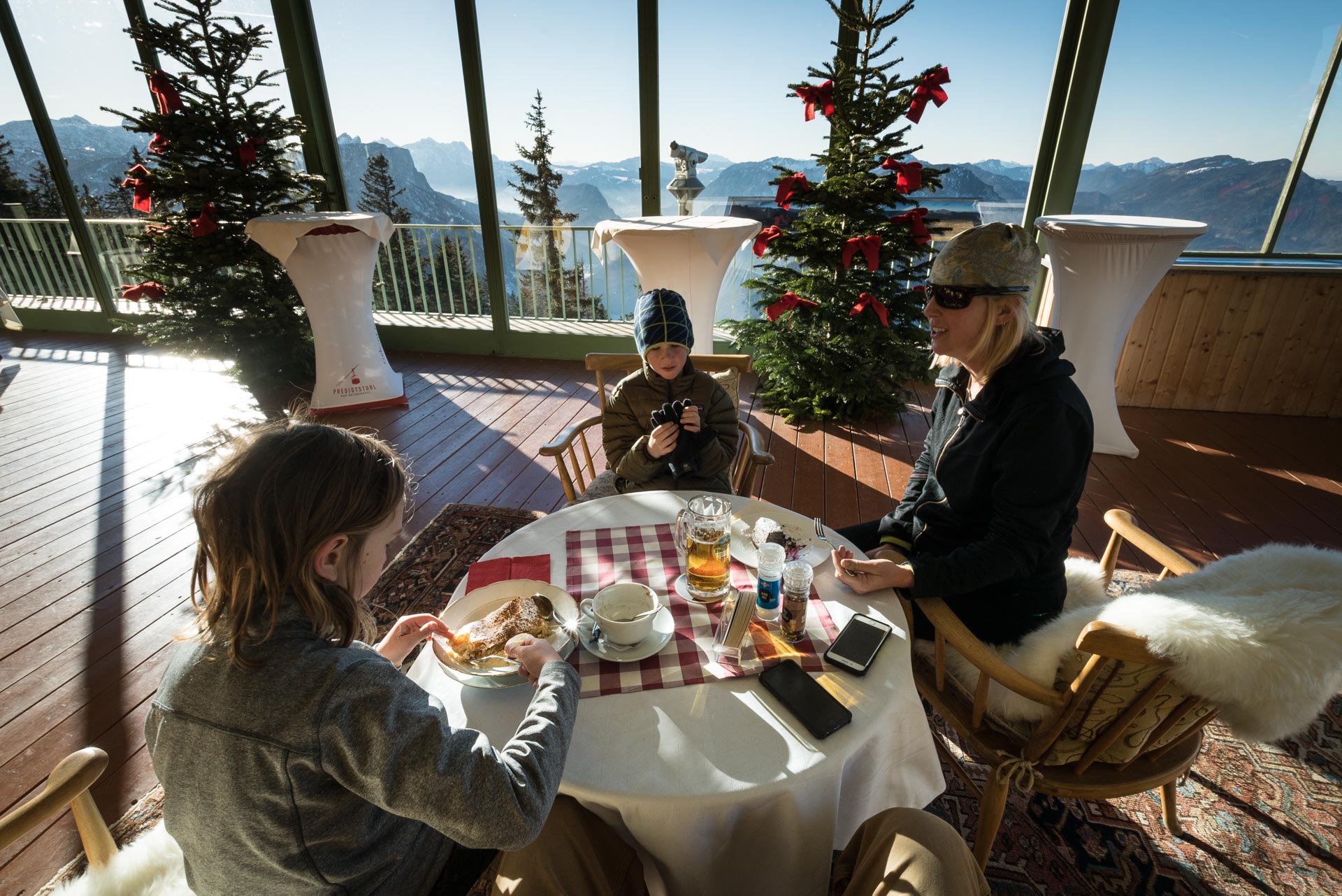 The weather in Bavaria is pretty mild, in my experience. One of the benefits of hailing from the windiest place on earth, I suppose. Check the Bad Reichenhall weather before you go and dress appropriately (says the woman in running shoes).

Purchase tickets for the Bad Reichenhall cable car in Bad Reichenhall (Südtiroler Platz 1). If you want to get up at a certain time, be sure to purchase ahead of time. Henry and Finn had to wait for a couple cars before they could get on. 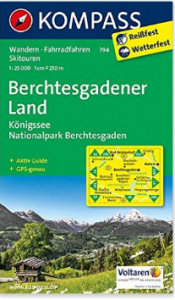 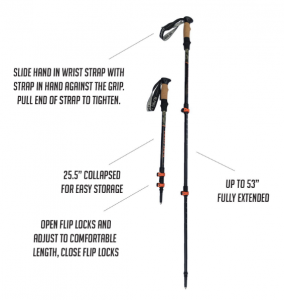 The whole time we were in Germany I wished I had my trekking poles. Not only is wanderstöcke my favorite German word, trekking poles are so nice to have on snowy, steep, or downhill jaunts. Next time I will wander with my wanderstöcke. Get your own on Amazon. 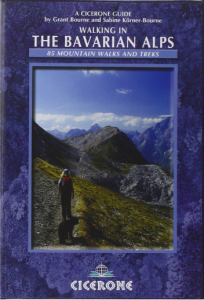 Walking in the Bavarian Alps: 85 Mountain Walks and Treks is a great guide for planning your hiking in Germany. 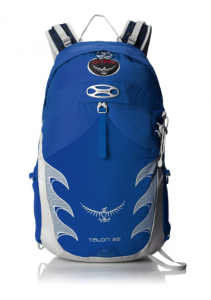 Osprey makes my favorite backpacks and daypacks. They fit well, are well made, and have a lifetime guarantee. This pack even has a Stow-On-The-Go trekking pole attachment to conveniently stow your wanderstöcke when not in use.

Other Germany and Austria Posts 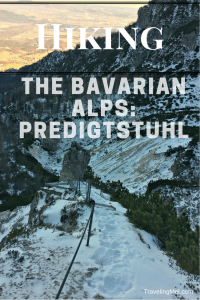 29 thoughts on “Hiking in the Alps: Predigtstuhl near Bad Reichenhall”