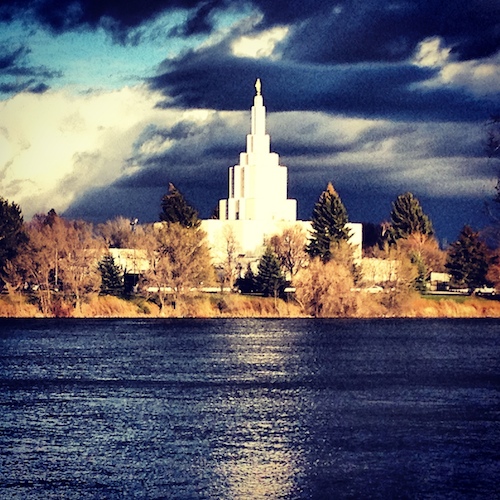 Mormon Temple across from our hotel.

After the go-go-go nature of our time in Provo, I wanted to slow down a little when we got to Idaho Falls. In case you forgot, or don’t read every single word I write (what?) we were in I.F. (as the locals call it) for a fly tying convention.

That’s right. A bunch of anglers get together and tie flies. And talk about tying flies. And auction flies… you get the point. Henry was there to film some of the best tiers for his website. Did you know that “tyer” and “tier” are both correct spellings for one who ties or unties? Just a little spelling lesson for you. I’m here to serve.

I’m not a fly tier myself, but I did envy the group their camaraderie. There were people at the convention in their 70s who get together once a year or more to talk about flies and catch up with each other. They’ve known each other forever, and the convention is kind of an excuse for a reunion. overhearing them during breakfast made me want to gather some feathers and hooks and force them to be my lifelong friends. Maybe I need to start another convention…like one for people that want camaraderie and lifelong friendships. Who’s with me?

But, back to taking it easy. The hotel we stayed at was right on the Snake River. A greenbelt and paved trail follow the river for six miles. The boys and I spent the morning wandering around a couple of those miles. 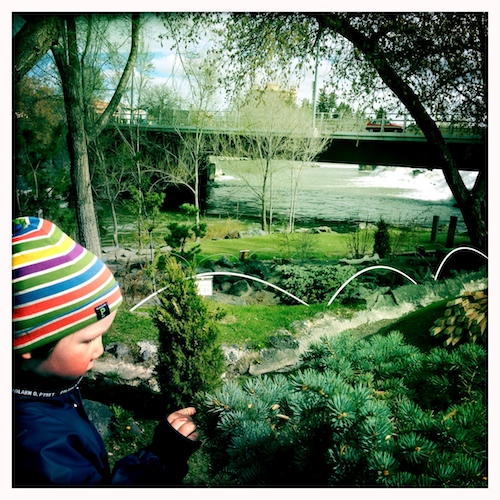 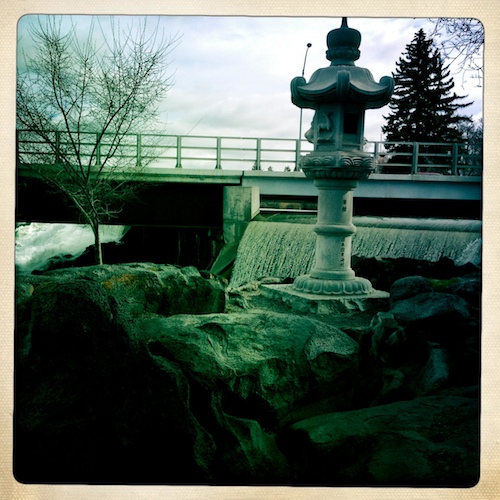 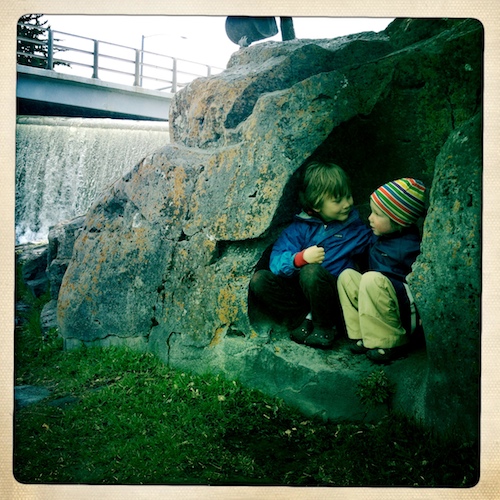 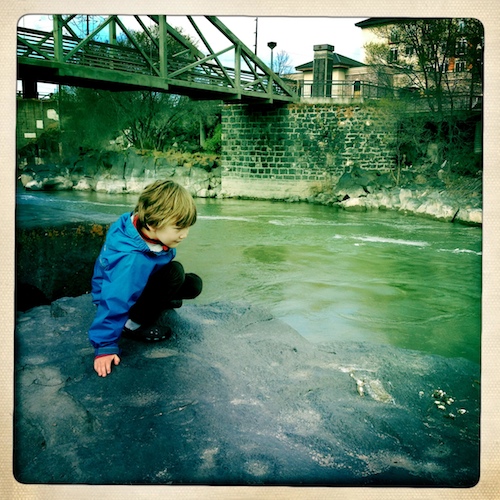 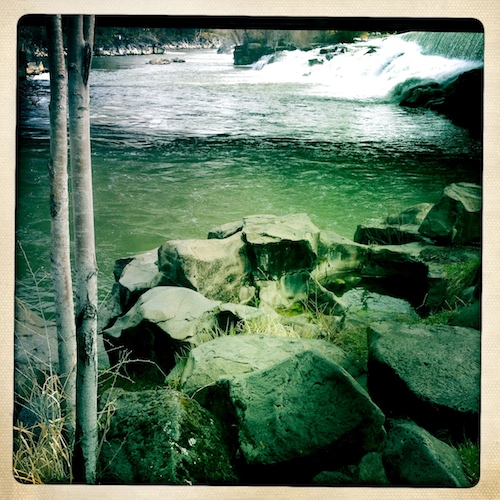 I.F. is famous for its 22-foot waterfall that stretches over 600 feet. The fall is not natural, obviously, but a hydro-electric generator that powers over half of the town of 55,000+ people. 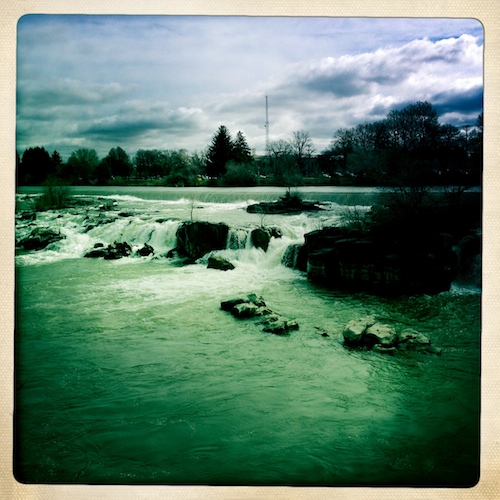 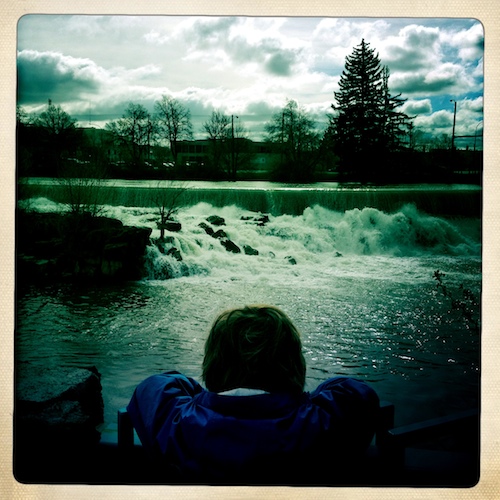 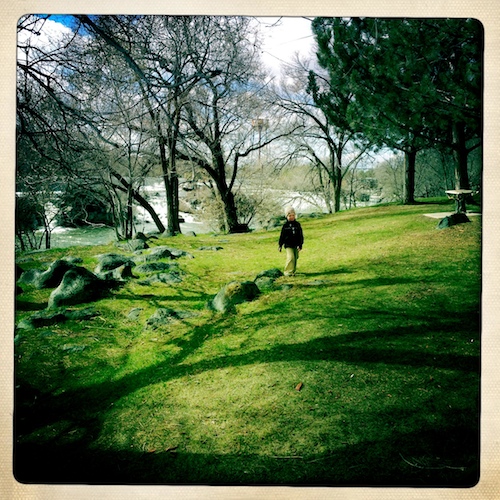 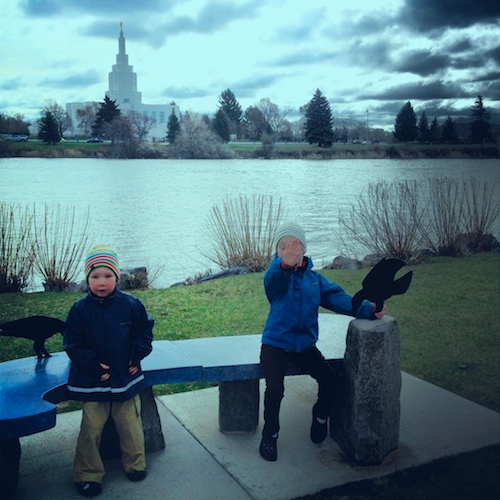 “Please lady, no more pictures! You have become your mother.”