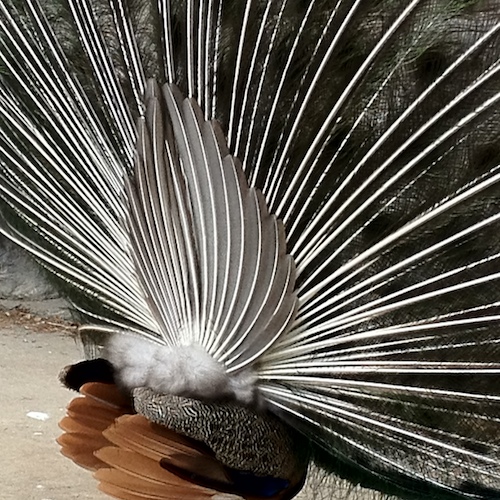 And now you know what the back of a peacock looks like.

Despite my protestations about not liking zoos, I often go to them. Case in point, we went to two zoos on our trip last week (or was it the week before?).

The second zoo was in Idaho Falls. It’s a little zoo, with a lot of animals, and those animals are pretty impressive: snow leopards- a cub was born there recently; threatened African penguins; lions; sloth bear, wallabies and a bunch of other critters.

Our original plan was to walk to the zoo. My personal assistant, Siri, told me the zoo was 1.8-miles from our hotel, mostly along the river path. I followed her instructions precisely, even using the GPS-equipped map to narrow in on the location. Turns out, Siri misinformed me and the zoo was another 2 miles away.

So, I played it off like we were just wandering around the river path. I had you fooled yesterday, didn’t I?

That afternoon, we hopped in our giant truck (soon to be for sale–who wants it?) and drove to Tautphaus Park Zoo.

The boys ran around, Anders read every sign, and I played with my camera. The snow leopard was MIA, which was a bummer, but we had fun anyway. 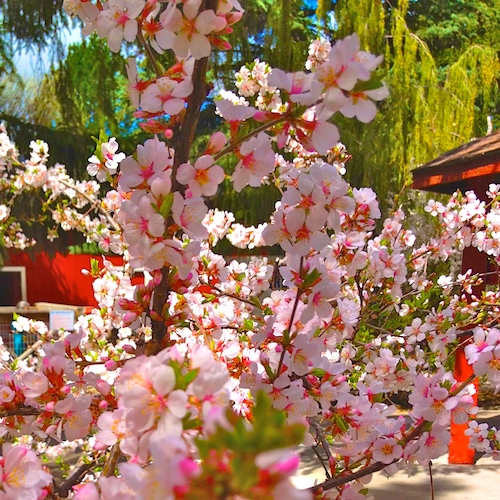 One of my favorite things at the zoo–flowers! In April! Who knew spring came so much earlier just four hours south of us? 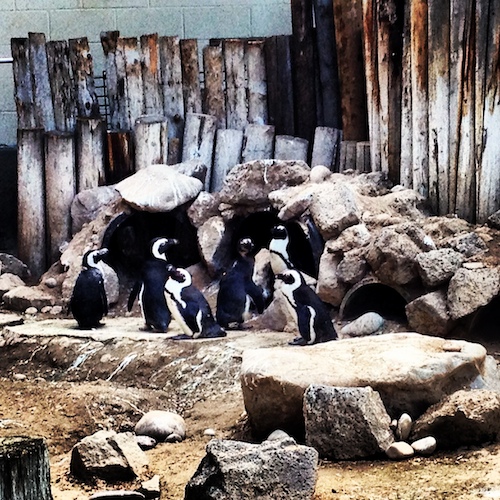 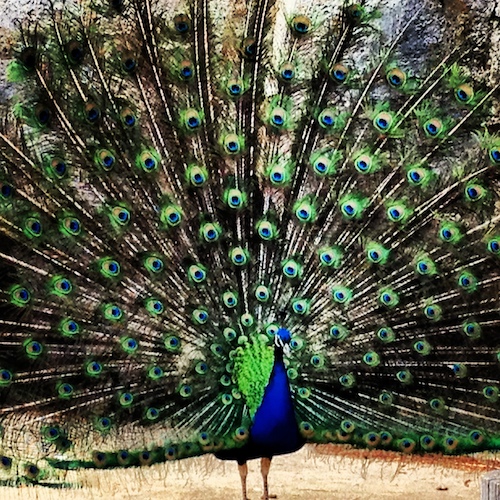 Not sure who he was trying to impress, but it worked on me. 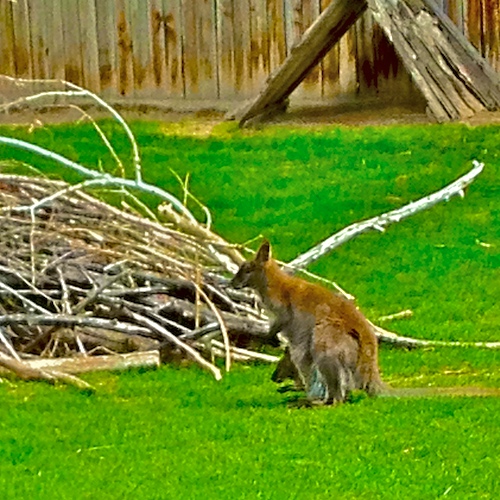 Wallaby and joey. So darn cute. 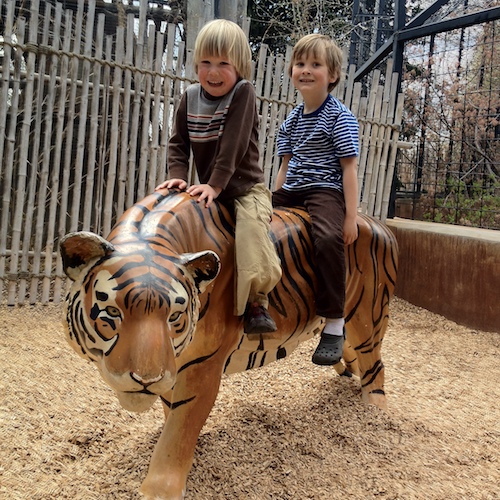 Riding the tiger. That sounds like a euphemism, doesn’t it? 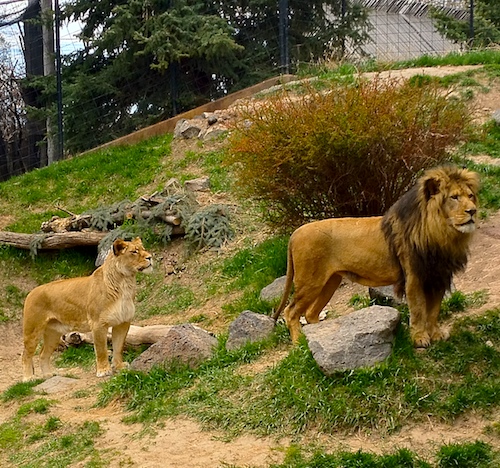 King and Queen of Idaho Falls.

The best part of this zoo visit is that I didn’t lose either kid. I think I need to stick to small, uncrowded spaces. 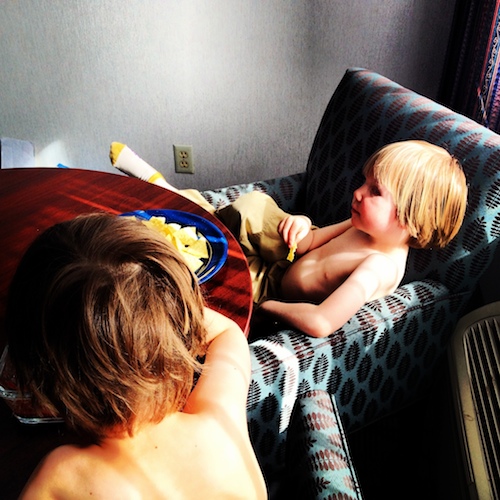 Chillin’ in the hotel room.