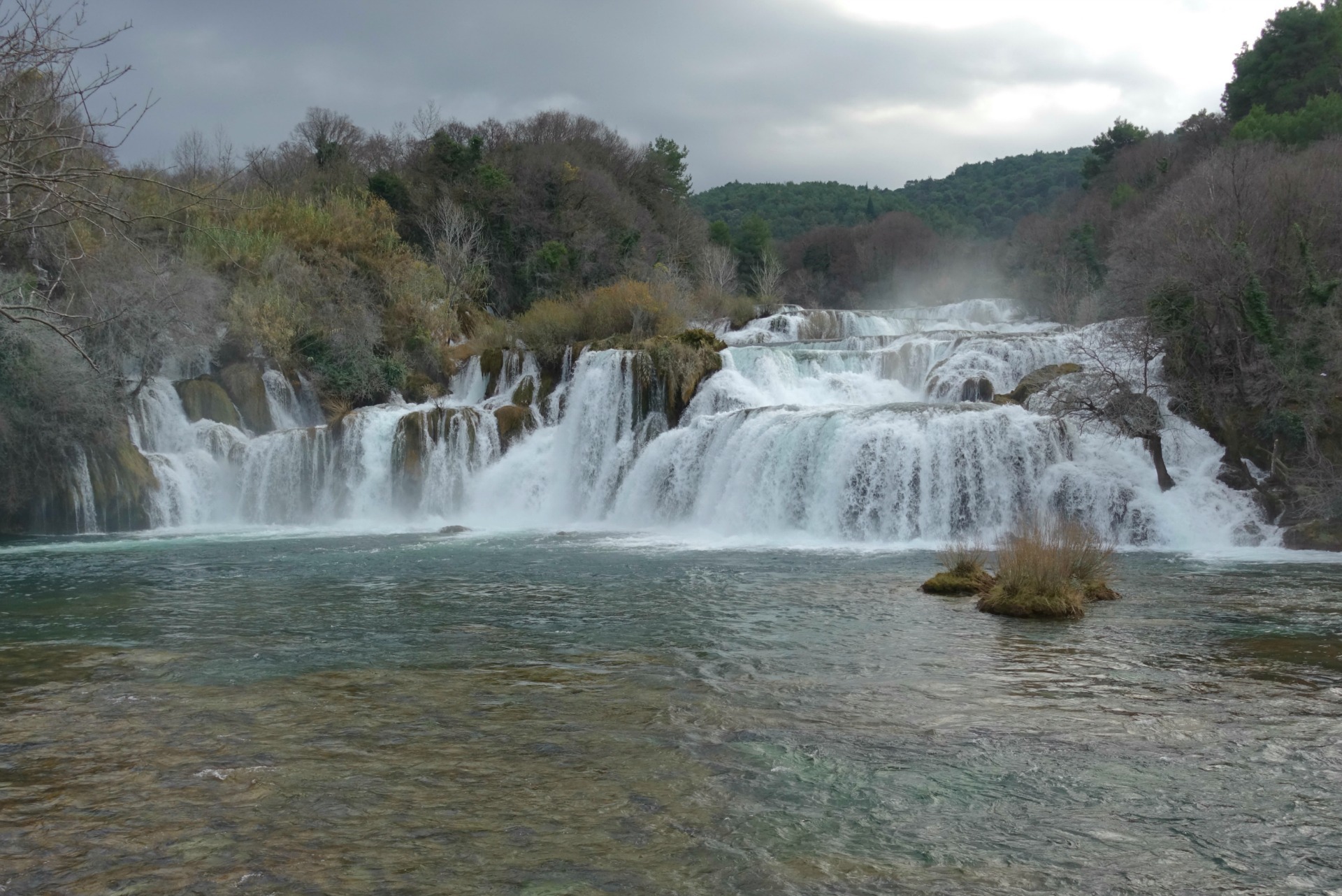 If you have not been to any of the national parks in Croatia, you are missing out. Holy fairytale land! We thought Island Hvar was beautiful, and it was, but the two parks we visited, Krka National Park and Plitvice National Park are so lovely in a totally different way.

Scroll down for info on planning your own trip to Krka National Park in Croatia and the video!

Henry and I had seen photos of the famous Krka waterfalls on Instagram and knew we had to see them before leaving Croatia. We cut our month on Hvar short by a week to road trip to Zagreb, stopping along the way to get a dose of Vitamin N.

Since we visited Krka in December, there was practically no one else there. I’ve seen photos of the boardwalks so full of people that you can’t pass – not my favorite way of seeing a place. It looks beautiful in warm, sunny weather, but we thought the mist added a little mystique. We were smitten. 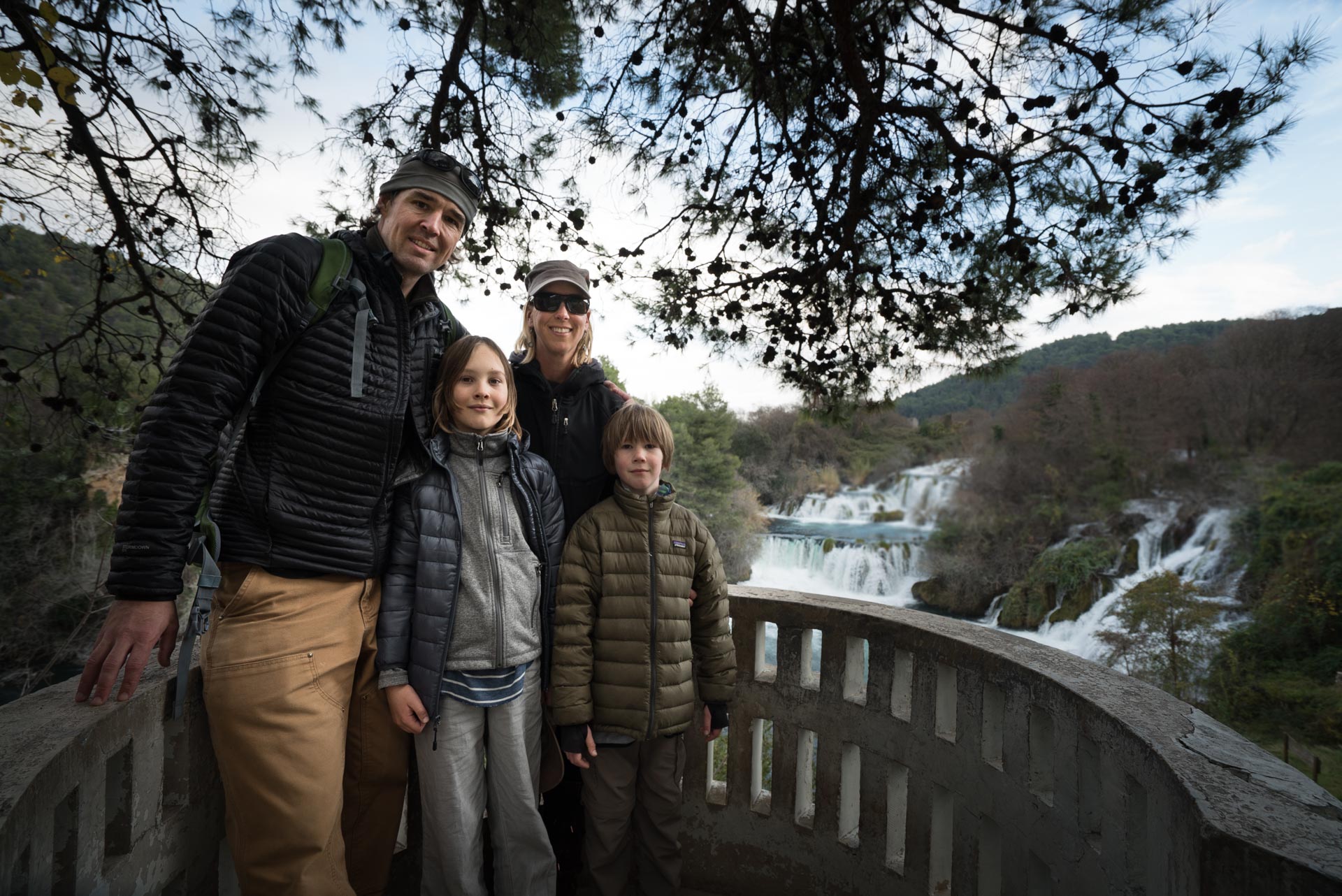 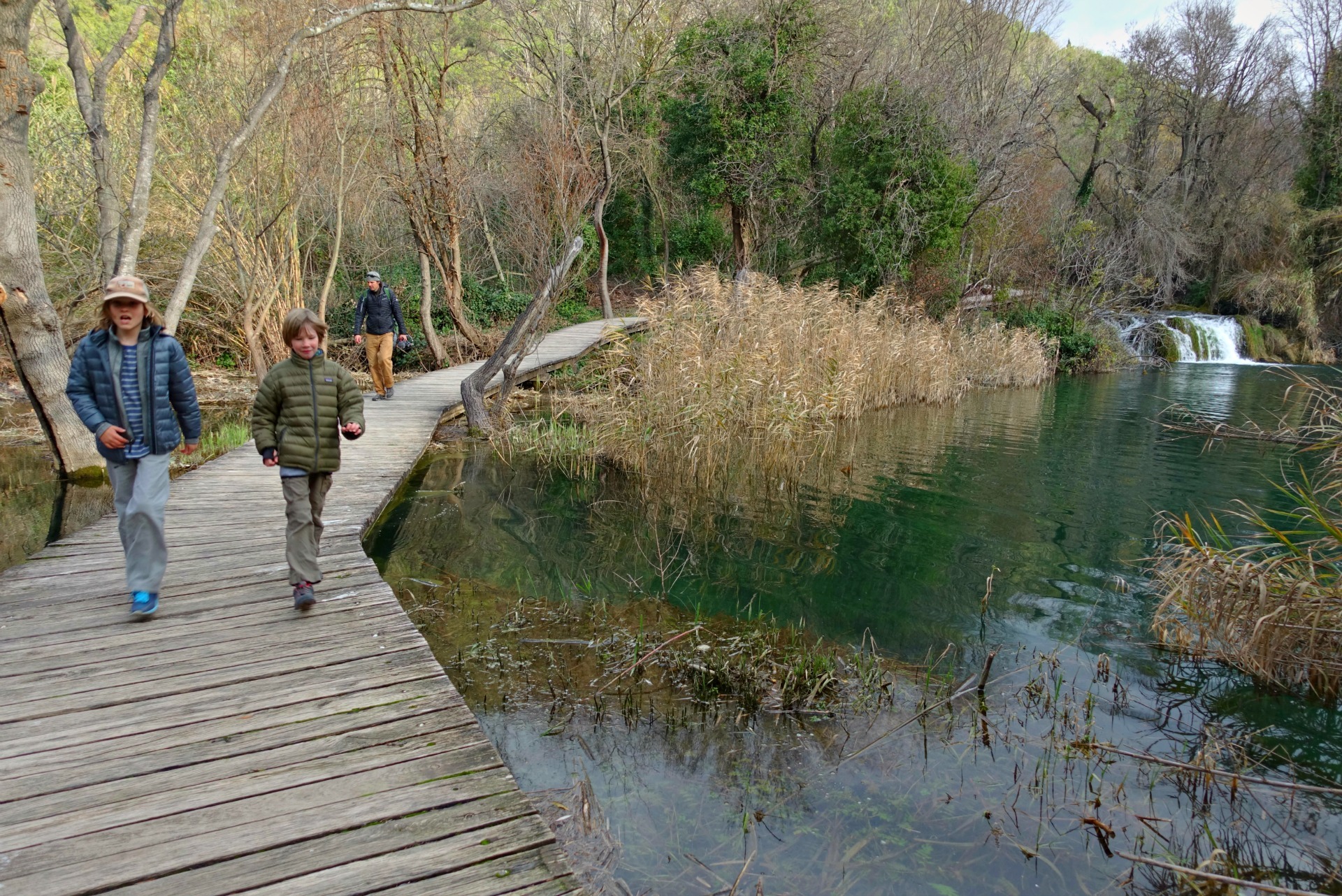 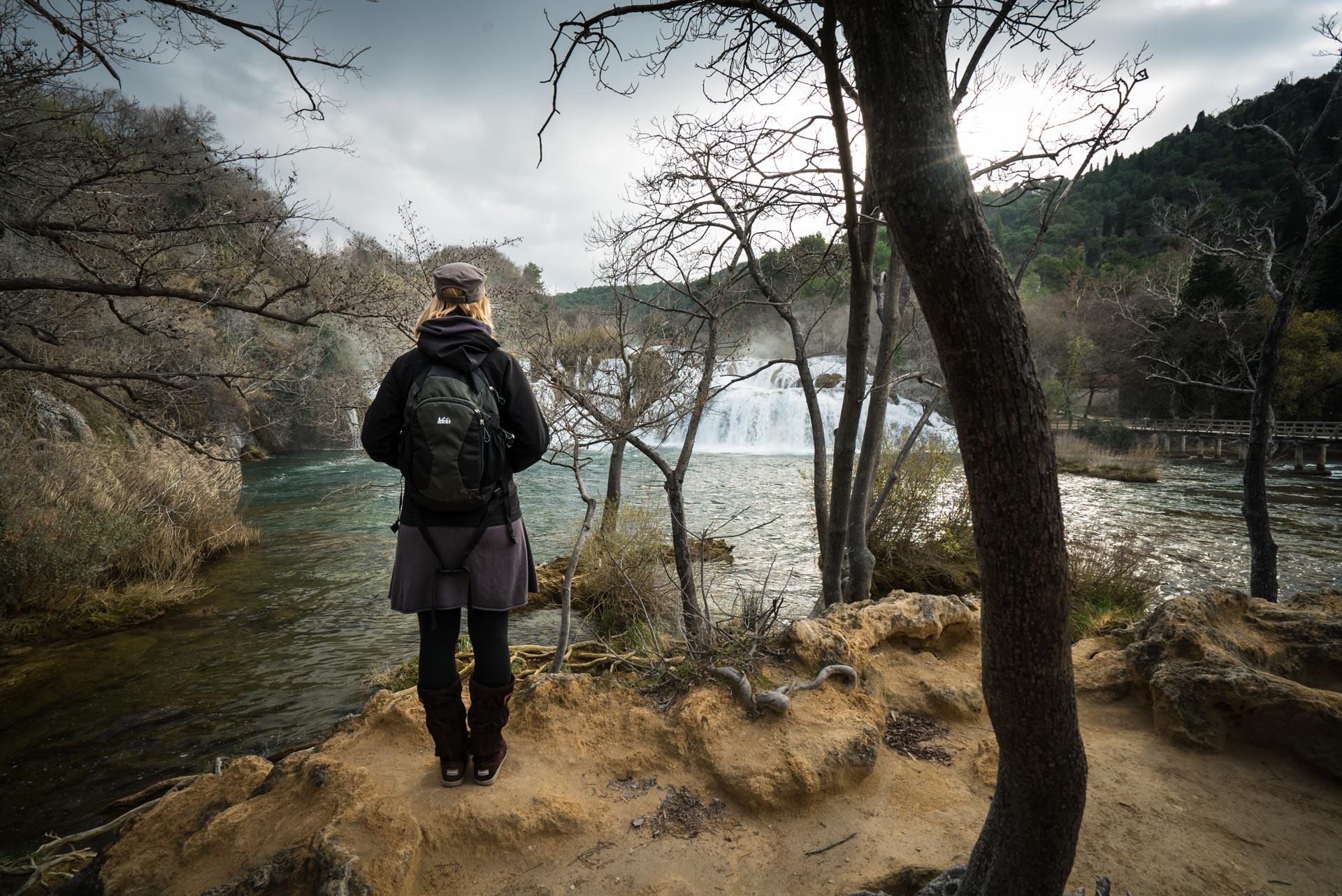 We spent most of one day in the park, but didn’t get to see everything. We took our time wandering over the boardwalks in the Skradinski buk (Lozovac entrance) section of the park. This is where you see the waterfalls and walkways that populate Instagram and give Krka its reputation for being a waterfall park.

A visit to the waterfall parks of Croatia could be squeezed into a longer Croatia road trip, although we just visited these two parks, Zadar, and Zagreb. 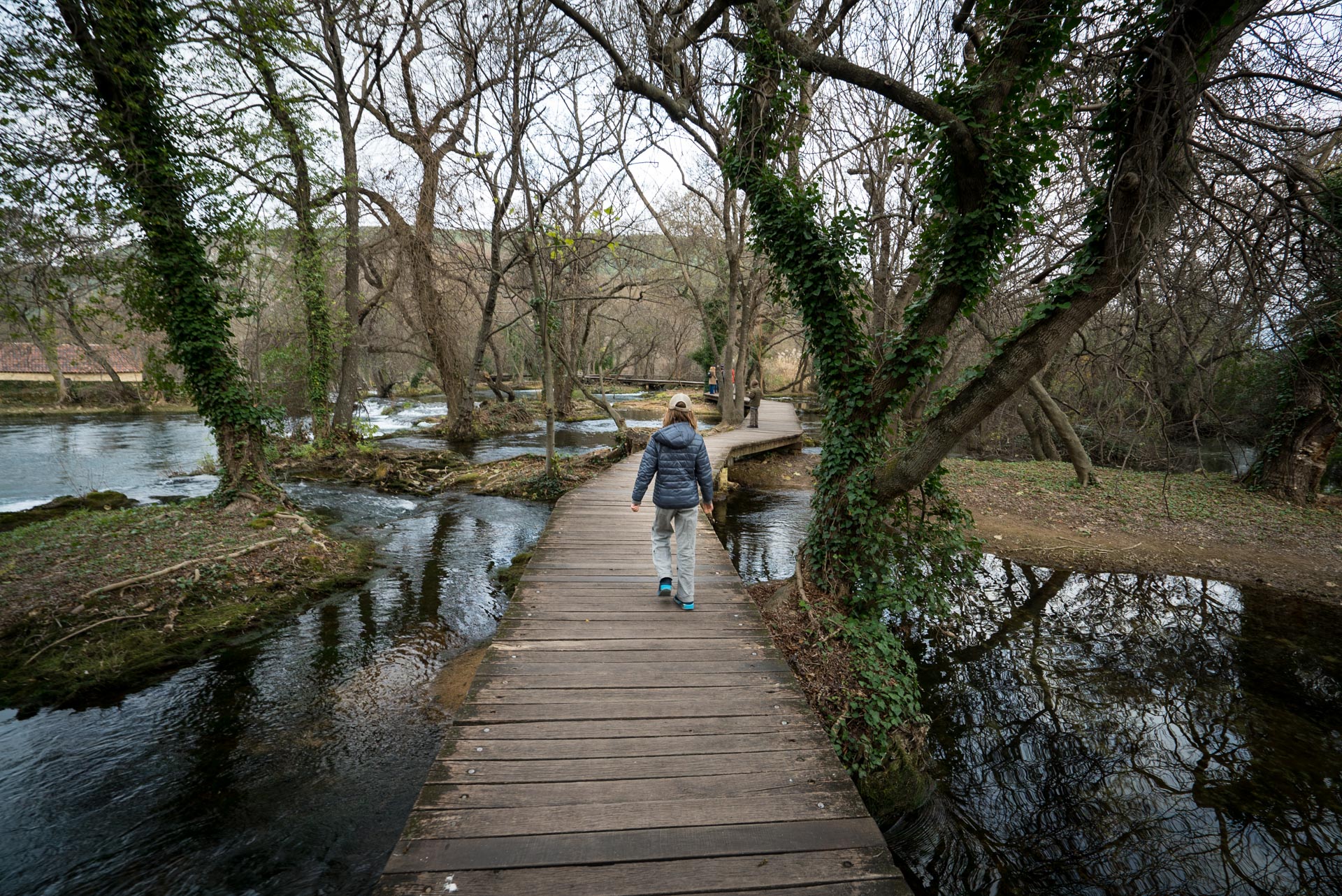 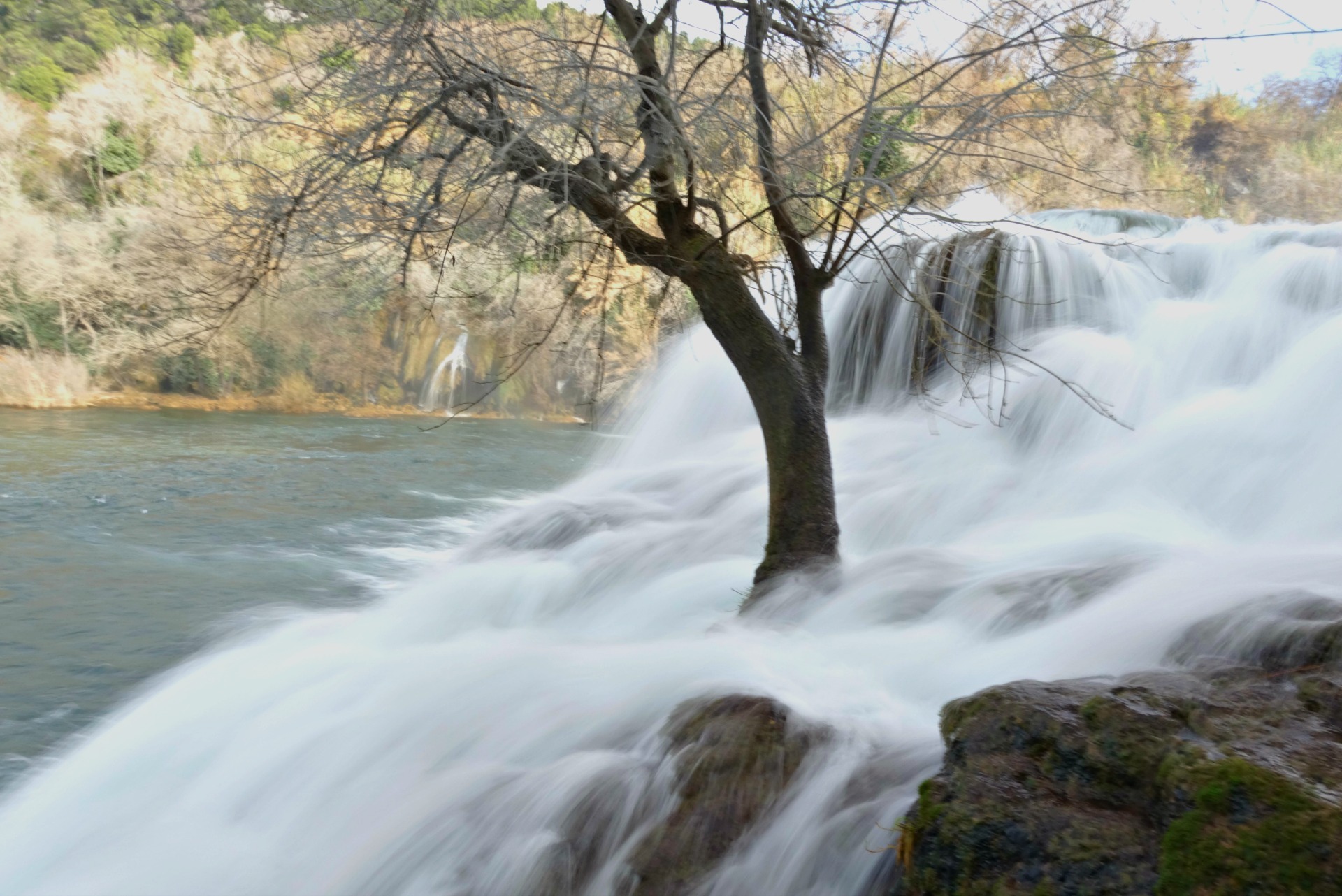 We then went around the south end of the park, stopping in Skradin for food supplies, and north to Roški slap. There we walked up river to some cascades and down river to the waterfall.

Sidenote: “Slap” is Croatian for “waterfall” and every time someone said it, Henry made a slapping sound. He’d even try to trick us into saying it more often so he could make the sound. We have taken two words from Croatia; waterfalls will always be called slaps, and peanuts are forever known as kiki riki.

The Krka River flows through a karst topography, a landscape formed from the dissolution of soluble limestone. It’s a region with sinkholes, underground streams, and caverns. The water dissolves the limestone and deposits some of that material into travertine ledges and other formations. Algae and moss also help encrust the crystals of calcium carbonate and play and important role in building travertine. 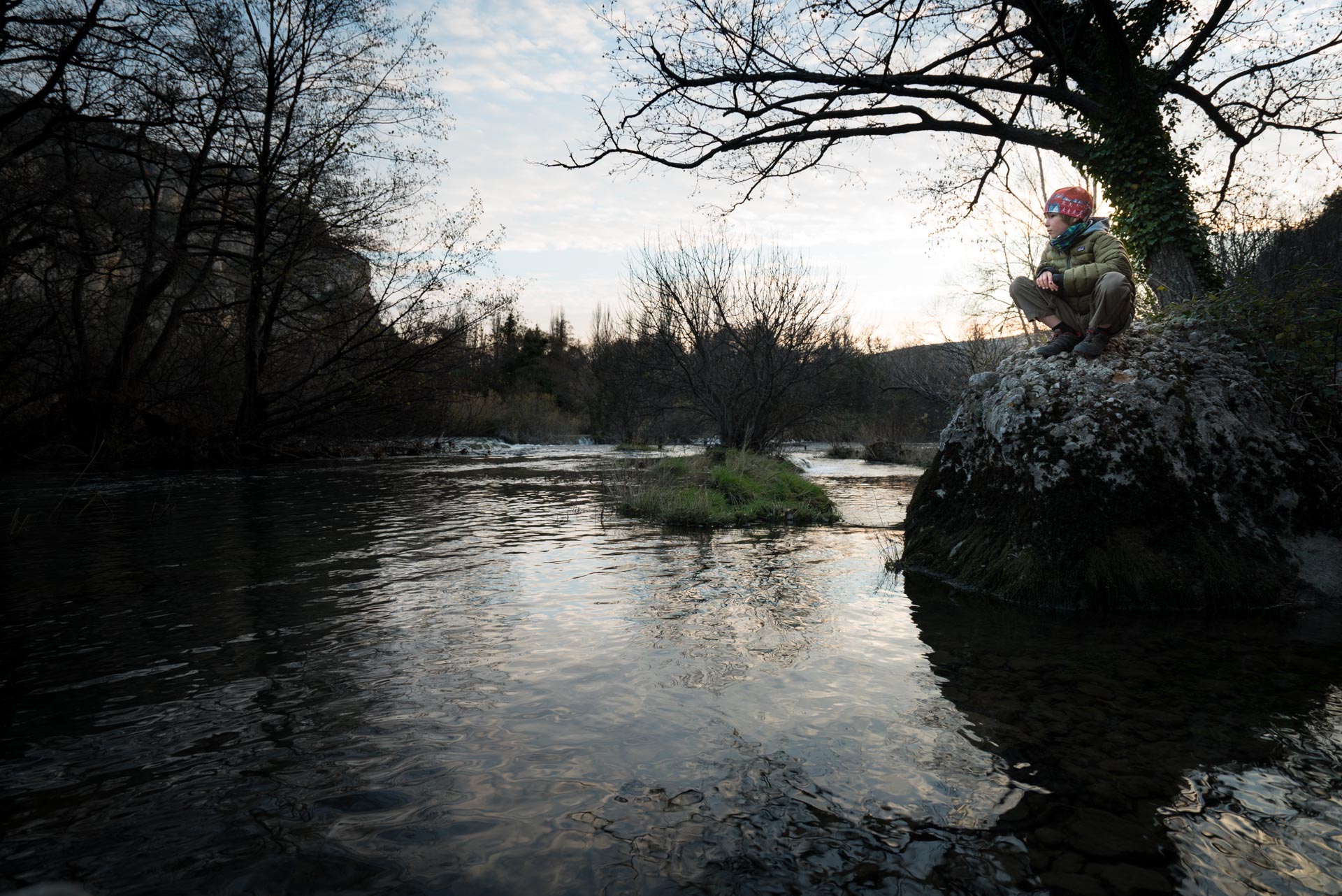 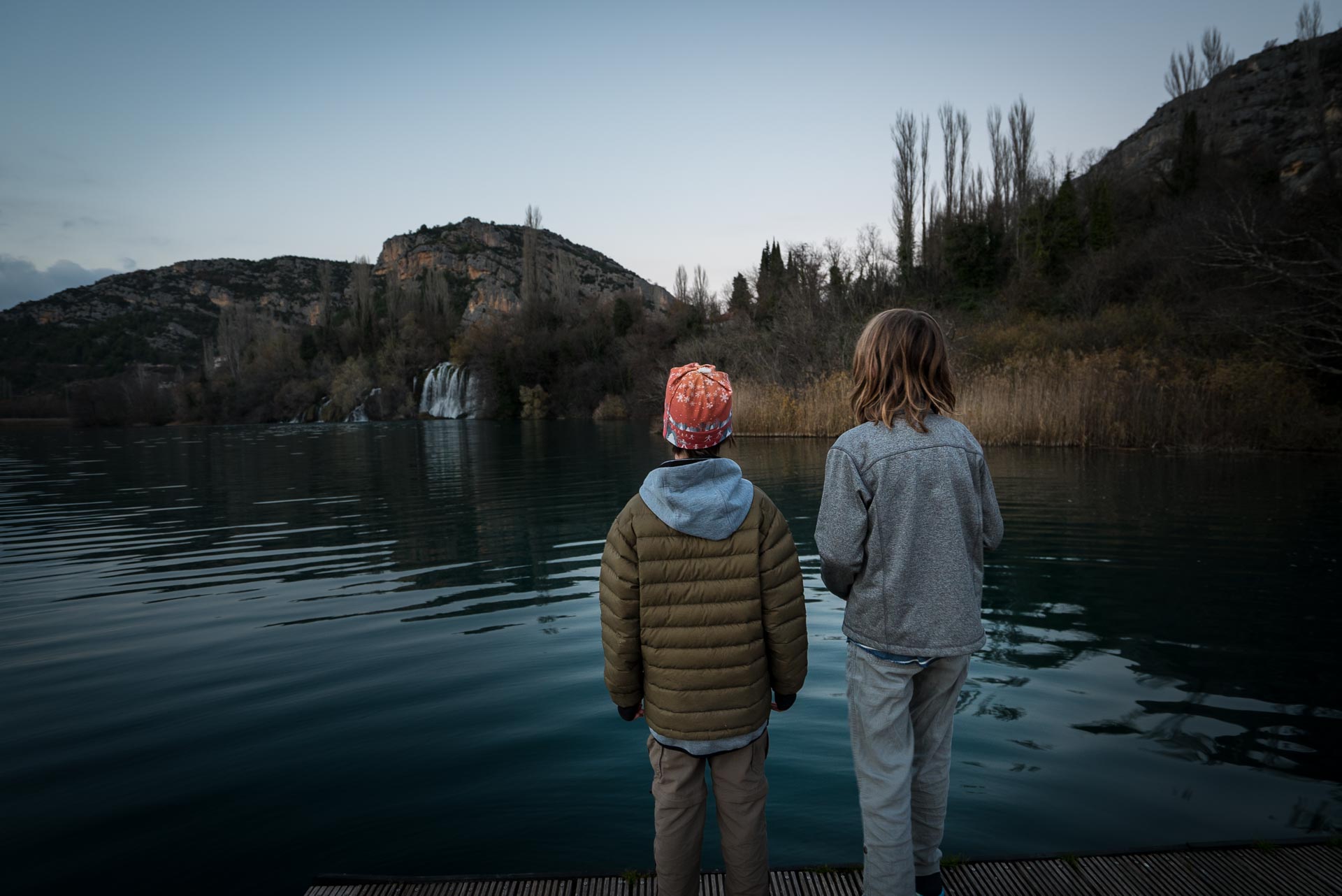 There are also 20 archaeological sites in the park, but we were focused on the natural wonders. Anders and I did hike up over 500 steps to Oziđana pećina cave above Roški slap only to find out it was closed. 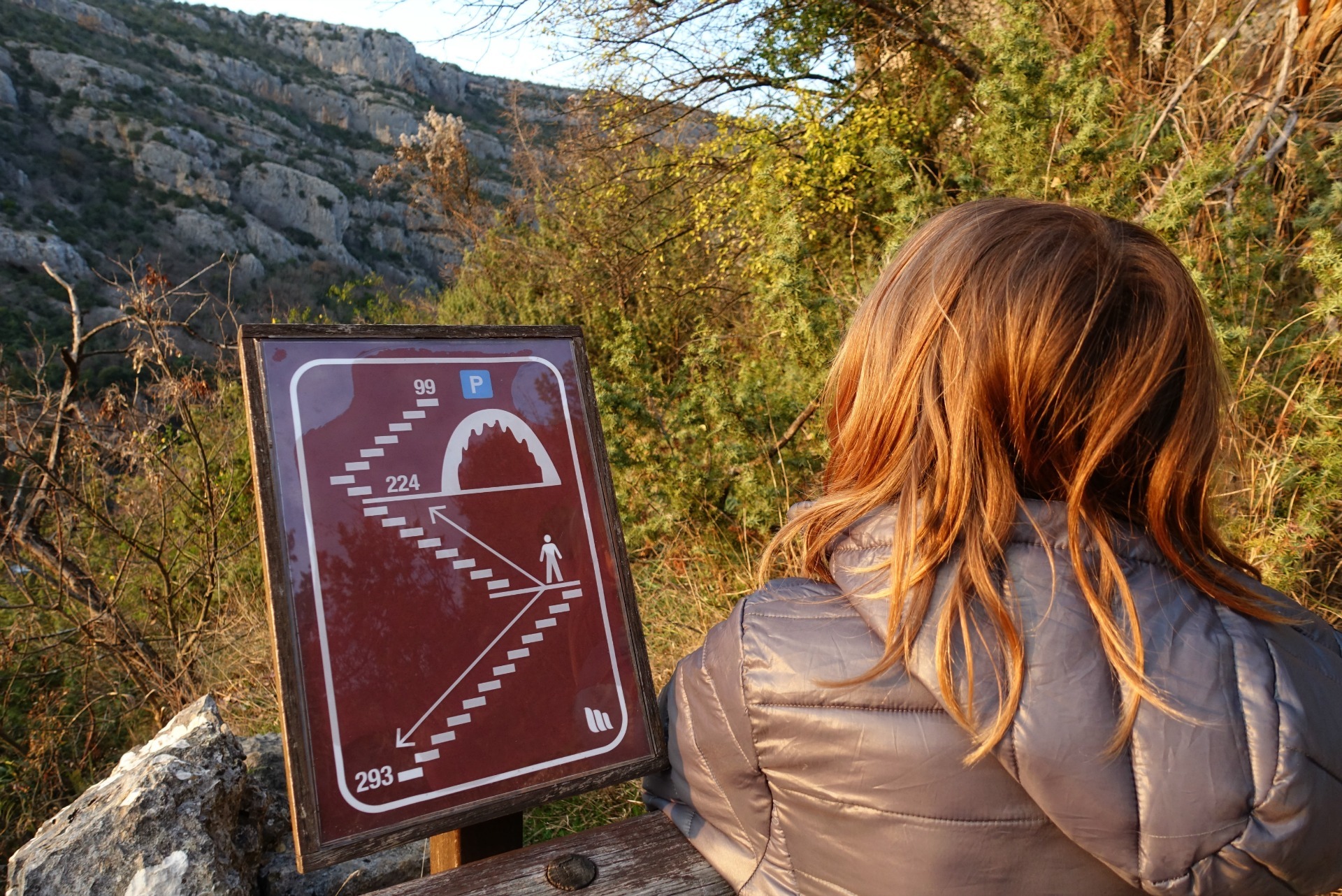 There are plenty of hotels, apartments, rooms, and other accommodations near Krka National Park. We stayed just outside Krka  Park in Lozovac. We used Airbnb to make our reservations, but Booking.com has a lot of rentals, too.

Our favorite site for vacation rentals is VRBO and there are a bunch in Croatia.

First-time Airbnb users can get $35 off with this link.

Getting To Krka National Park

We rented a car, but you could easily do a trip to either park on the bus. Once you are there, there are frequent busses and boats to move you around the park. Bus and boat rides are included in your park admission and many places you can’t access via a car anyway.

Caveat: In winter there are no boat rides in Krka, but the busses were still running and you can drive directly to more areas.

We drove and made Krka part of a bigger road trip around Croatia, I’m already dreaming of other must-see places in Croatia. 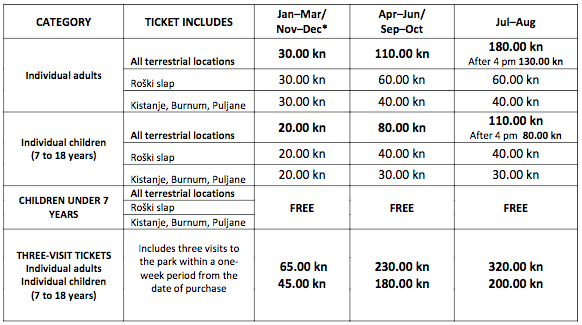 Note: Prices are in kuna, use a currency converter to figure out what this means to you. 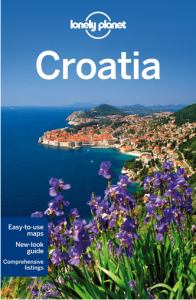 A Guide to the River Krka and Krka National Park 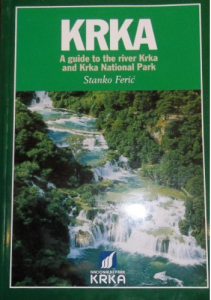 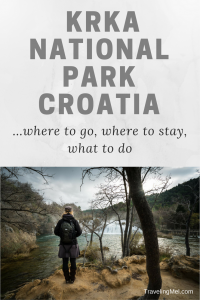