This is from my 2004 trip to Belize. Since I am currently in Belize, I am republishing both for my own memories and to share with you. (Update at the end.) 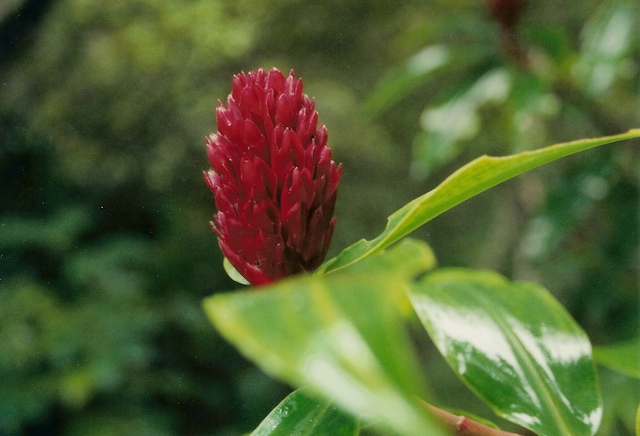 When the Maya lived here the area was more densely populated than it is today. But somehow, the Maya were able to sustain themselves in the Belizean, Guatemalan and Mexican jungle in a way that present populations do not. (For awhile, anyway.)

So, an education project began, based around El Pilara, a major Mayan city in the Central Mayan Lowlands straddling Belize and Guatemala. Academics and locals worked together to recreate and utilize Mayan Forest Gardens.

One such forest garden is owned by Don Berto Cocom in Bullet Tree Falls, Belize. Known as The Old Man by locals, Don Berto once cleared his land of native vegetation and planted palm trees in its place. He soon found himself begging his neighbors for the native forbs and plants that he depended on, both for food and medicine.

Then, thirty-five years ago, Don Berto replanted half his land with native plants. Like ancient forest gardens, Don Berto’s has an open canopy to let in light, but still retains many trees.

Now his Masewal Forest Garden and Medicine Trail is open to the public. Don Berto leads visitors along the trail, stopping at almost every plant to explain its ancient and current medicinal uses. The trail winds through thick secondary forest and open vistas. 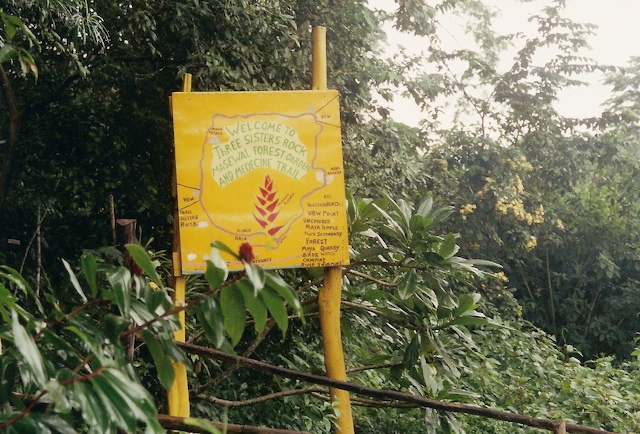 The loop trail passes through an old Mayan quarry and several unexcavated Mayan mounds. Don Berto has found many projectile points on his property which he has collected and displayed under the thatched roof of his chair-making workshop.

As it is with forests in Central America, there are many, many mosquitoes. Fortunately, the leaves of a particular tree can be squished up and rubbed on a bite to relieve the itching. But maybe as a joke to himself, Don Berto does not reveal this tree until the end of the hour long walk.

Now Don Berto finds more use for his forest garden than he did for the palm tree plantation and he takes that knowledge to local school children, so that they too can remember the ways of their ancestors. And maybe one day, the area will be able to sustainably support the large population that it did during ancient Mayan times.

Don Berto has passed away since my visit. Downstream from Bullet Tree Falls, a newer project of the El Pilar program is a Mayan school garden, and it is open to the public. Känan K’aax means “well cared for forest” in Mayan, model forest garden was created at the Santa Familia Primary School, in Sta. Familia.