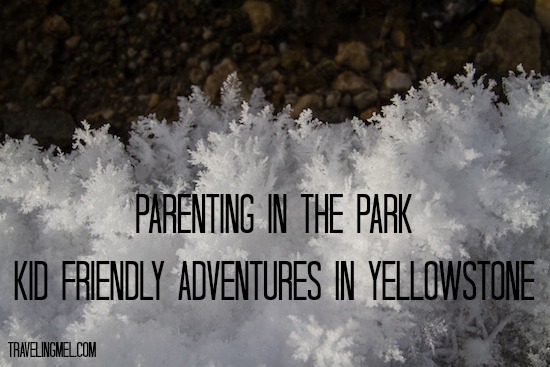 After more than an hour of skiing in the shaded, narrow Spring Creek Canyon, I slid into a patch of sunlight. The snow sparkled with promise of longer days, light reflecting off every facet of every crystal.

My toes were still frozen and the sun on my boots didnt help warm them. My hair iced up, blond braids turning white. I knew if I kept moving I would eventually defrost, but I lingered in the sunshine of the years shortest day before heading back into shadow.

From the pool of sunlight, I listened to Spring Creek gurgle as it flowed under ice and snow bridges. The creek, named for the several cold springs that flow out from beneath the rhyolite, accompanied me for my tour through its canyon.

I must have been one of the luckiest people alive to spend winter solstice in Yellowstone National Park.

My husband, two kids, and I rode in the day before from Mammoth Hot Springs in a Xanterra snowcoach. We stopped to wander through ghost trees piled high with snow and condensation from Beryl Hot Springs. A mangy looking grey wolf ran past us on the road, and we gazed on Gibbon Falls gushing over its rock ledge with only a few other people around. In short, we had an experience that few people ever have. Yellowstone is great in the summer, but winter is when the magic happens. 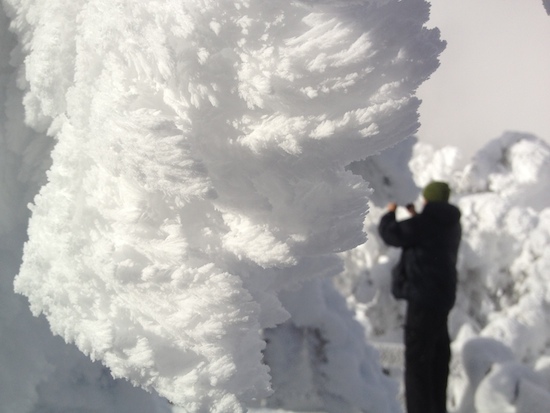 Anders and Finn, our 5 and 4-years-old sons, were thrilled by the massive lobby at the Old Faithful Snow Lodge. Room to run (we tried to keep that under control), board games to play, and bear-shaped soap in our room. Henry and I sat by the big fireplace and sipped warm adult beverages. All around us was snow, hot springs, wildlife, and treesno other civilization within miles and miles.

The next morning, I woke before the rest of my family to catch a snowcoach shuttle to the Spring Creek trailhead. Pinprick stars lit the sky as carried my skis and pack to the coach. I cinched my hat down and pulled the zipper up on my puffy jacket. While not the coldest temperature Ive felt at Old Faithful, it was still breath-freezing cold.

When my friendly coach driver left me at Spring Creek, I felt like I was really out there, maybe because I didnt have a car in the parking area, or perhaps because I was the only one on the trail on this frigid solstice morning. I loved the feeling of being alone in the woods, and skied down the trail.

I may have felt isolated on the trail, but many people had come before me. The ski trail follows the route of a 1890s stagecoach road described in early writings as one of the prettiest short trips on the loop. At Turtle Rock, I sidestepped up the steep canyon wall, around the 20-foot rock, and back down. The largest stagecoach robbery in U.S. history in the 20th Century was perpetrated at Turtle Rock. One man robbed seventeen stagecoaches in one day without getting caught. He walked away with more than $2000 in cash and jewlery (worth 50K in today’s dollars) from the passengers.

I skied past the robbery site, past the solstice and sunshine to the junction with Lone Star Geyser trail. Turning left, I hoped Id be lucky enough to catch an eruption before climbing the hill on the Howard Eaton Trail. Sure enough, Lone Star was erupting, sending steam and water to the sky just as I got there. No one else was around and I again reveled in my good fortune. 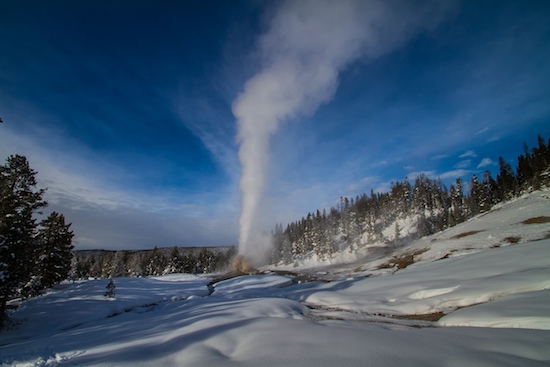 Back at the Snow Lodge, I found Henry and our and boys sliding around on their skis outside the lodge. We grabbed our sled and skied to a little hill with views of geysers and bison. Henry pulled a thermos of hot cocoa out of his pack and we took turns bombing down the hill and sipping cocoa.

Almost a year later, Finn and Anders still say it was their favorite family trip ever. They cant wait to go back. 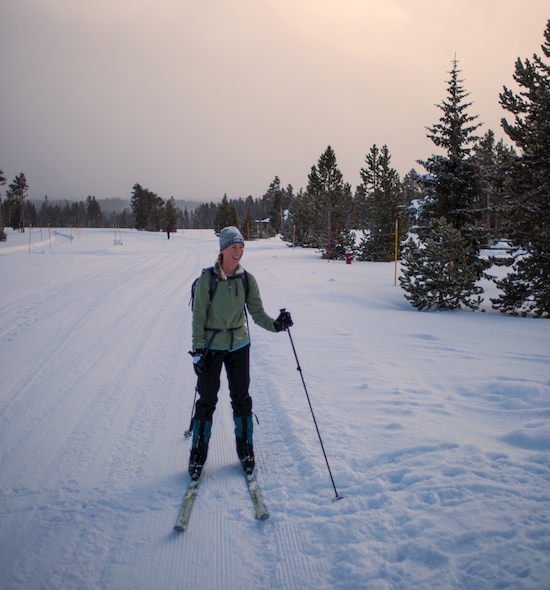 Plan your own trip

The experience of being in the middle of Wonderland makes it worth the price to get and stay there. The closest you can drive is to West Yellowstone, Mammoth Hot Springs or Flagg Ranch near the south entrance. From these locations a snowcoach or guided snowmobile is necessary to access Old Faithful.

All over-snow vehicle travel must be with a permitted guide, so check the parks website for a list nps.gov/yell/planyourvisit/wintbusn.htm.

Xanterra operates four ski shuttles a day leaving from the Old Faithful Snow Lodge. These shuttles depart hourly from 8am-11am and where they go depends on the first person to sign up. The shuttle either heads northwest to Fairy Falls or east to Spring Creek/Divide Trail.

You can sign up for a shuttle (and determine its drop-off point) up to a year in advance. If you dont care where the shuttle goes, you should still sign up as soon as possible to guarantee a seat. Call the Bear Den Ski Shop to sign up. 307.545.4825

Xanterra also runs day tours to Canyon from the Snow Lodge. These trips include great skiing, an interpretive guide and lunch.

Trail Grooming
Some of the trails in Yellowstone are machine groomed, while others are skier tracked. Check here for up-to-date trail conditions.

This story originally appeared on Outside Bozeman (page 74), Winter 2013/14