Driving along I-15 between Montana and Utah or California or Nevada, we pass by Pocatello, Idaho. We occasionally stop for fuel and once even spent the night, but we’ve never really explored this town. I always look out the car window and think that there is probably some pretty interesting stuff going on down there.

On our way back from Utah this spring, we finally stopped and spent a couple days exploring Pocatello. I was right, there are a lot of fun things to do in Pocatello, Idaho. 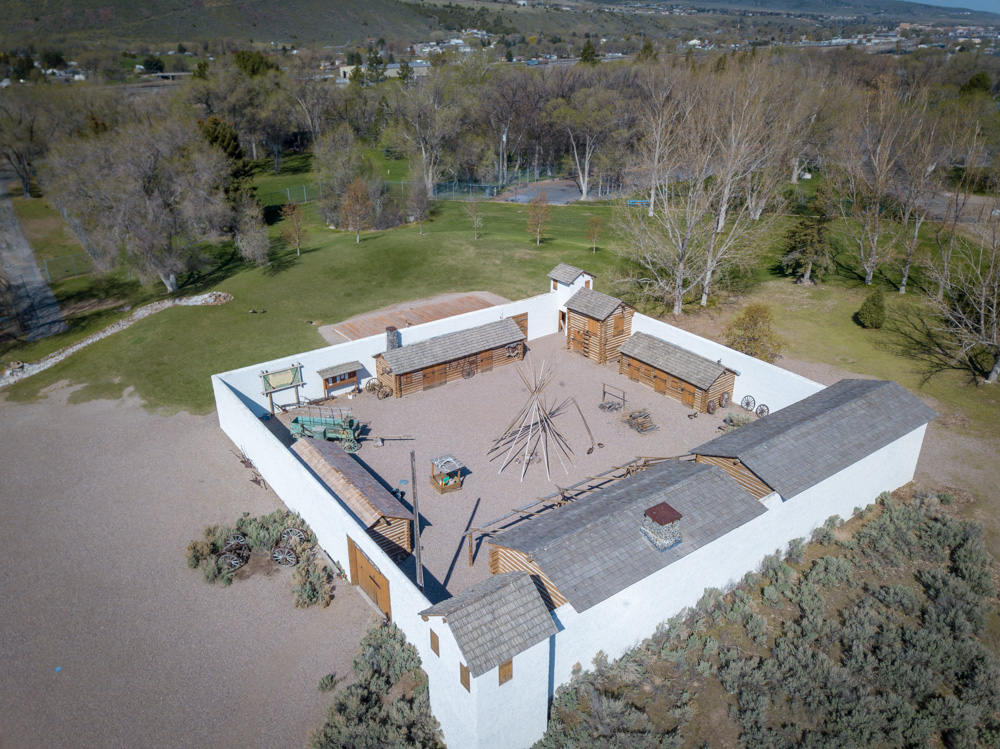 First, the bullet points, then check out the ten things we think you should know about Pocatello, Idaho.

You should also know about the hot springs near Pocatello.

We love when towns have walking and bike trails that connect parks and parts of the city, so we clued into the Portneuf Greenway right away. Not only is providing opportunities for people to get outside, get exercise, and breath fresh air important, it cuts down on traffic. Three cheers for healthy public access!

The Portneuf Greenway trails run along the river corridor, linking riverfront parks, Old Town Pocatello, and Idaho State University. The master plan includes other multi-use corridors including Chubbuck Road, East Side, and the Hiline Canal. You can find an interactive map here.

Shoshone and Bannock Territory Was Once Much Larger 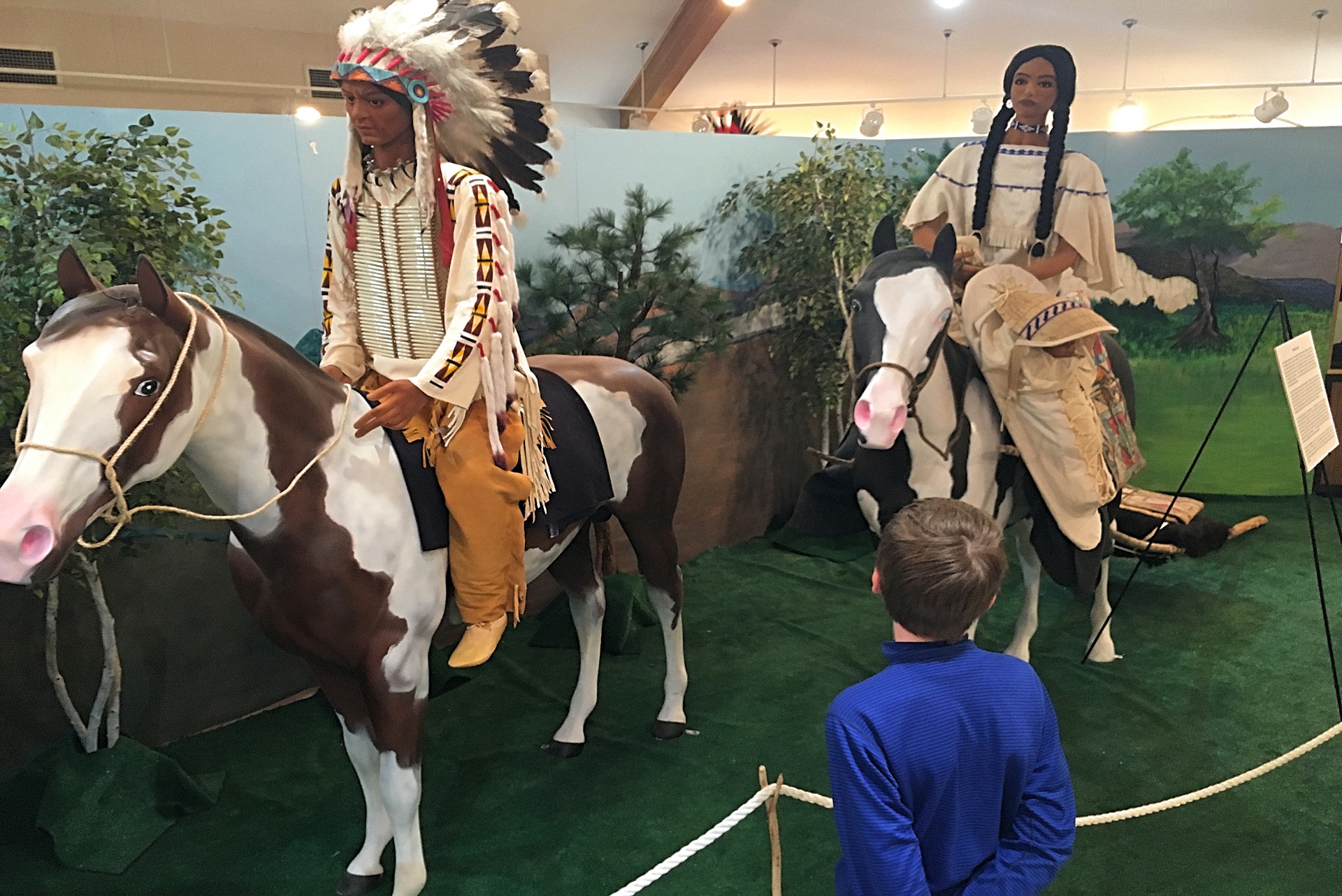 “The Shoshone-Bannock Tribes of Fort Hall are comprised of the eastern and western bands of the Northern Shoshone and the Bannock, or Northern Paiute, bands. Ancestral lands of both tribes occupied vast regions of land encompassing present-day Idaho, Oregon, Nevada, Utah, Wyoming, Montana, and into Canada.” –from the Shoshone-Bannock Tribes website.

While visiting the Shoshone-Bannock Tribal Museum on the Fort Hall Reservation and the Bannock County Museum in Pocatello, we were able to learn a little about the tribes that call this place home. The Tribal Museum is filled with photographs, information, and exhibits about past and present lifestyles of the Shoshone and Bannock tribes. This was one of the highlights of our trip to Pocatello.

Pocatello Was a Stop on the Oregon Trail 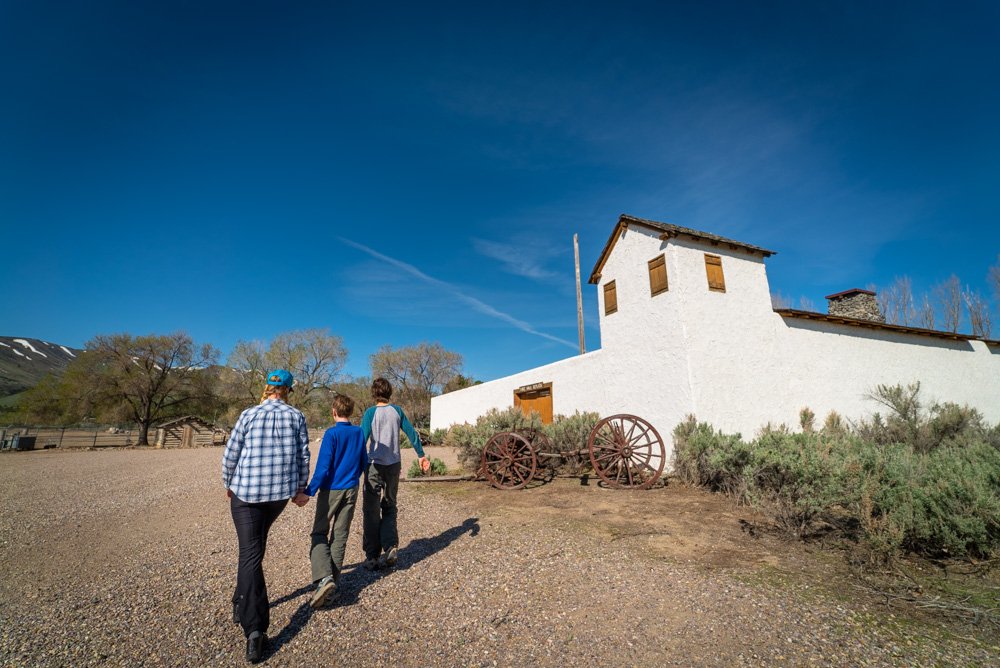 Fort Hall, a small outpost and trading post on the Oregon Trail, served pioneers, trappers, and miners from 1834 – 1863. Although the original fort was demolished long ago, you can visit the Fort Hall Replica, which we did. 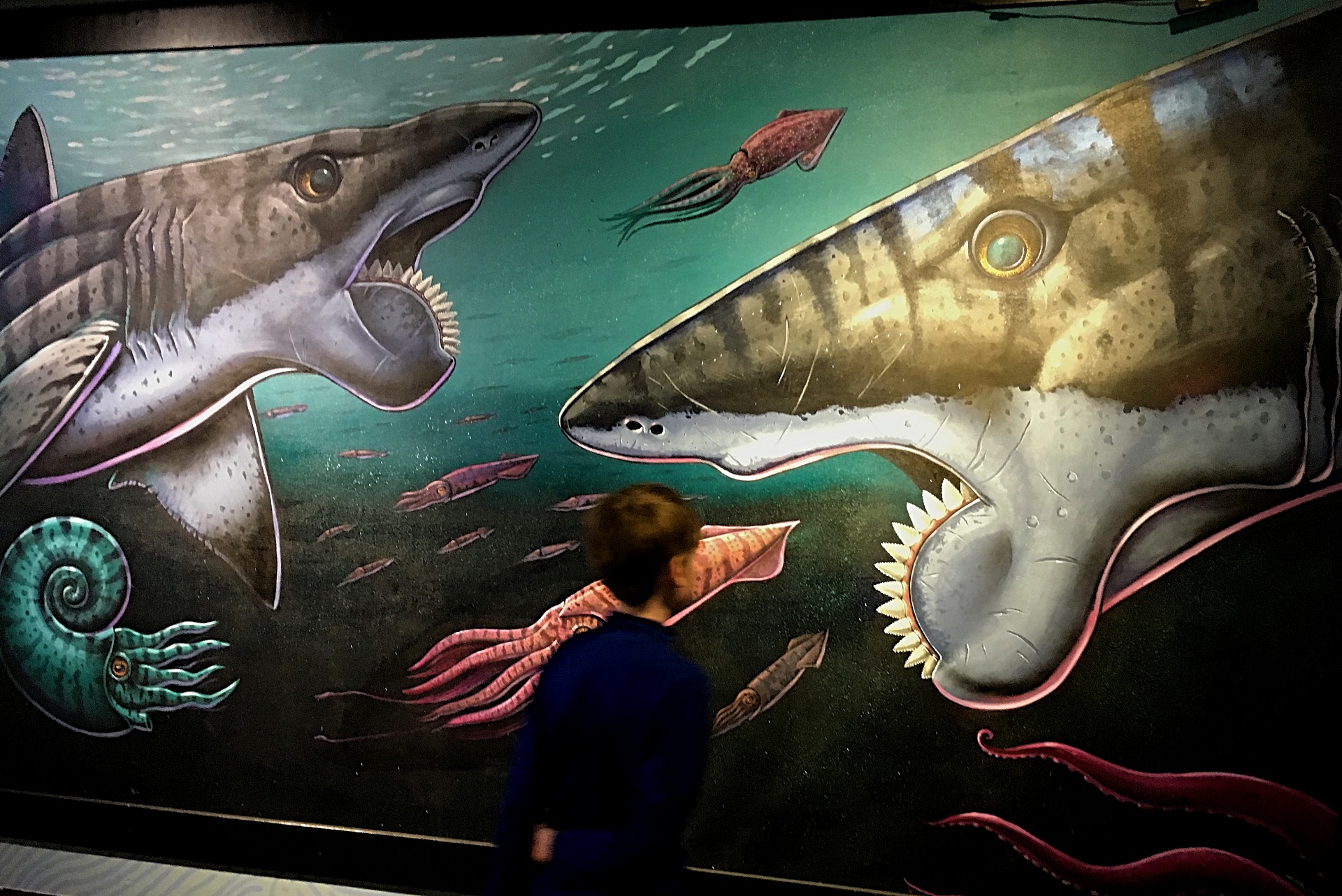 When we visited the Idaho Museum of Natural History on the Idaho State University campus we learned all about these vicious looking creatures. You can’t picture sharks in Pocatello now, but the whole area was under an inland sea 270 million years ago.

Helicoprion (the scientific name for buzzsaw sharks) is what National Geographic calls a “freaky ratfish.” The whorled tooth fossils, which look like an ammonite, were found in Idaho. Until recently, it wasn’t clear where on the shark’s body the tooth whorl resided. The whole thing is bizarre and you can learn all about it at the Natural History Museum in Pocatello.

Find hours and prices for the Idaho Museum of Natural History here. 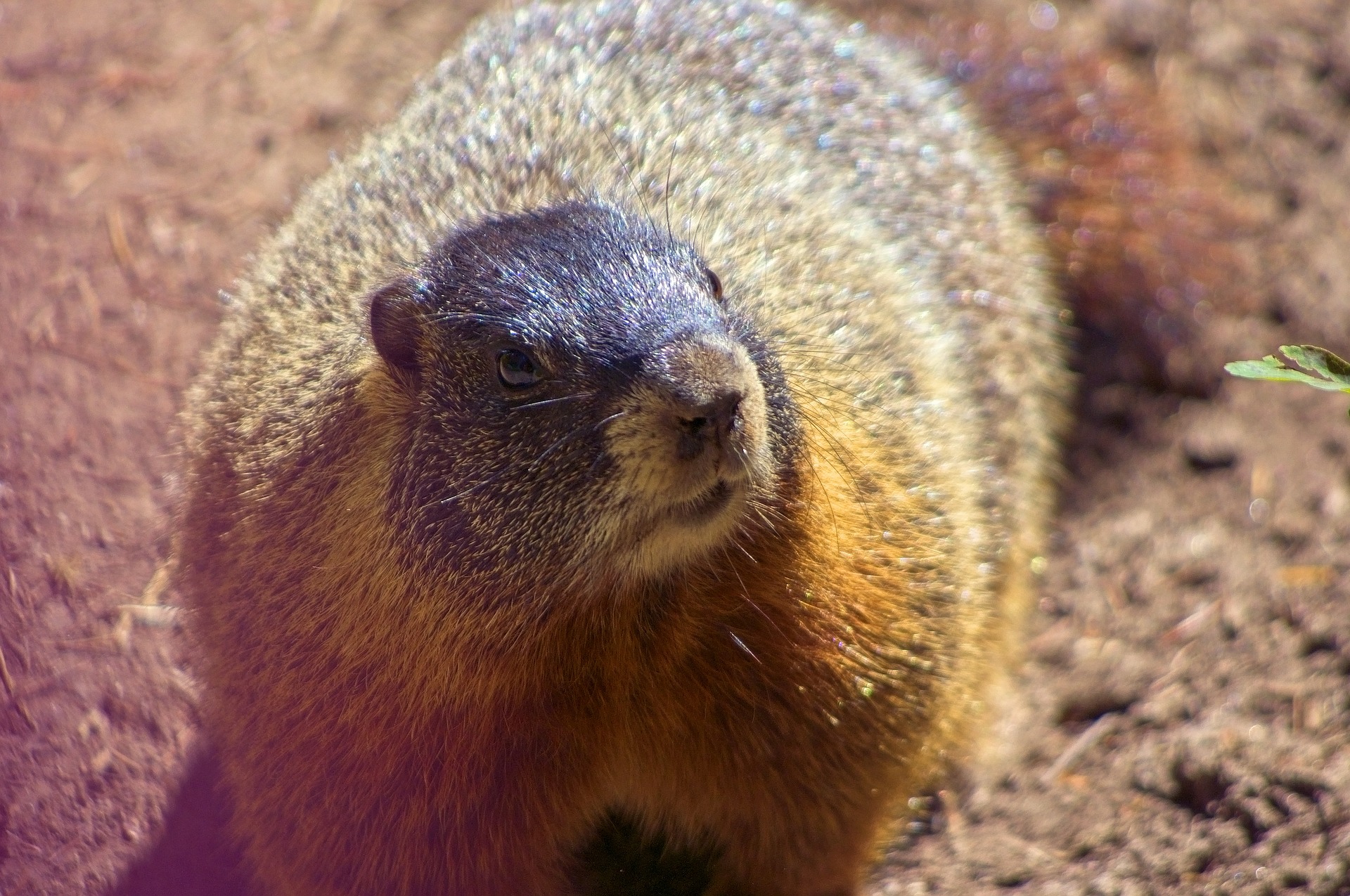 There are a lot of marmots in Pocatello, Idaho. At least in the Ross Park Complex around the Fort Hall Replica. I was not expecting them, but I was enamored. I love marmots and their funny little squeaks of alarm.

There is even a yellow-bellied marmot called “Marmy the Marmot” that predicts whether spring will be early or late, just like Punxsutawney Phil the groundhog.

Pocatello Had a Really Ugly Flag 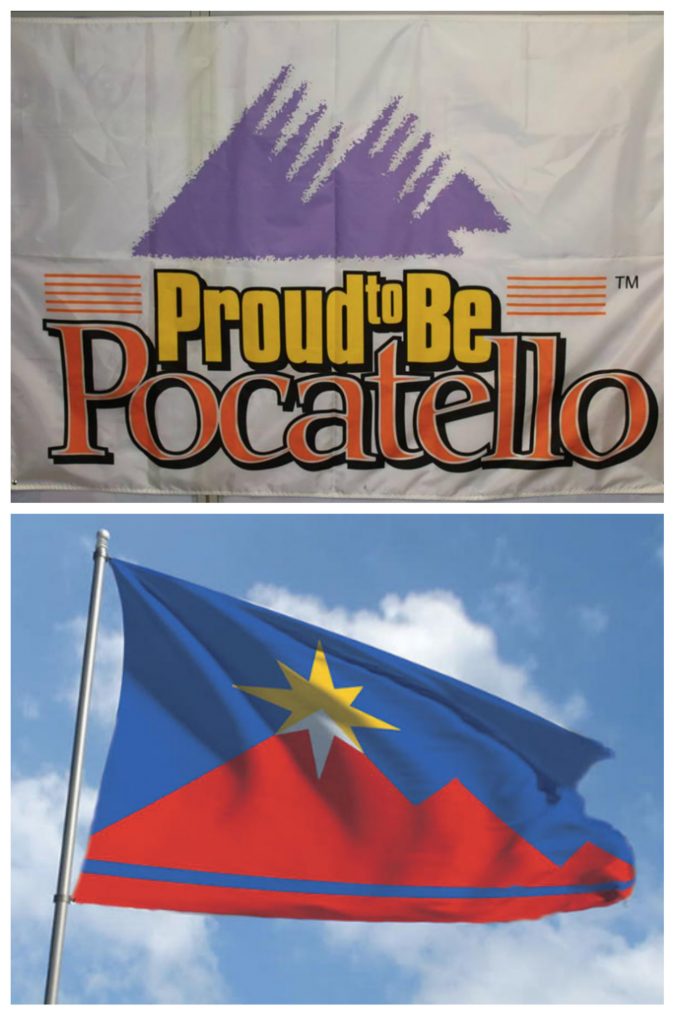 Anders is super into flags, which is a little unusual, but you have to follow your interests. Anyway, he was amused to find out the North American Vexillological Association claimed Pocatello’s flag from 2001-2017 was the “Worst City Flag in North America.” The flag was made infamous in a TED Talk by Roman Mars.

Not to worry, the city ditched the old flag and came up with a new design that’s better. Pocatello’s new flag, titled “Mountains Left,” features three peaks, a blue line representing the Portneuf River, and a compass rose to symbolize the community’s long relationship with transportation.

I think you will agree with me and the vexillological folks that the new flag looks great!

There is evidence of volcanic activity in Pocatello. Basalt pillars back the gas station we sometimes stop at and their ridge stretches right into town. A rift volcano called China Hat (still visible near Soda Springs) poured a wall of molten lava 40 miles to Pocatello during the Pleistocene. Then it did it again.

There is a lot of evidence of volcanic activity in southeast Idaho. Two of our favorite places to see it are Craters of the Moon National Monument and Preserve and the Blackfoot Rest Area on I-15 just north of Pocatello.

Pocatello Has a Cool Old Town 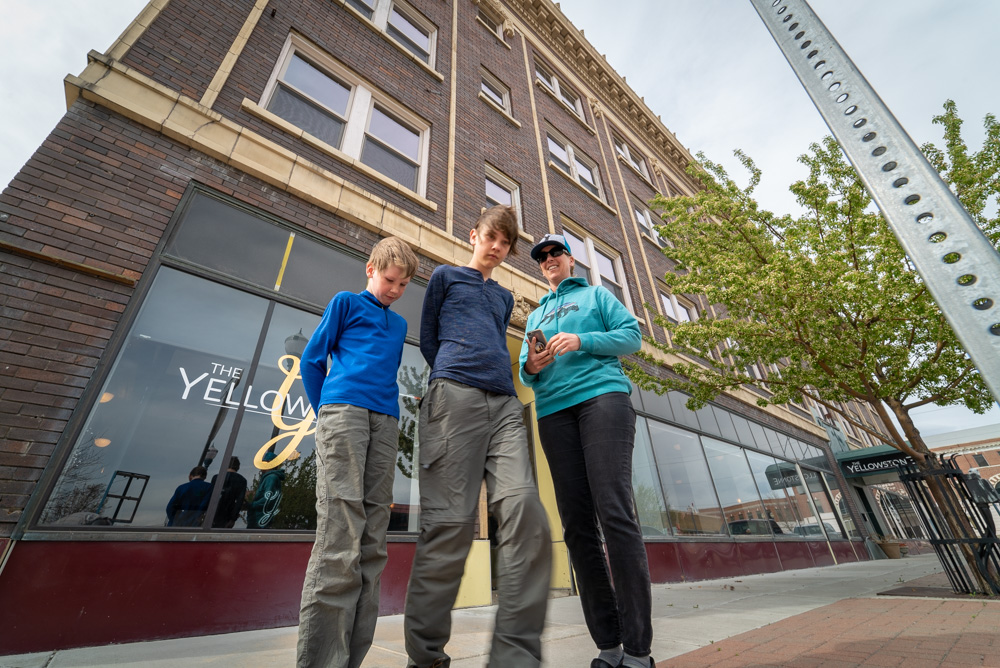 This was a nice surprise for us. Pocatello has a pretty cool Historic Old Town. There are parts that are even, dare I say, hipster? (I’m looking at you 313 Whisky Bar and Blades Salon.)

There are plenty of good restaurants, yoga studios, and taprooms tucked into the historic buildings and mixed with vape shops and property management places.

From trail races, to farmers markets, to concerts at Holt Arena, to art walks and lectures about ancient sharks, there seems to be something going on in Pocatello every day of the year. You can check the community calendars here and find out what’s going on during your visit.

Pocatello is a Recreation Paradise

Unfortunately, we didn’t have time to explore Pocatello outdoors during our short visit, but we will make time next time.

Pocatello is known for its mountain biking and hiking trails in the Mink Creek Trail System and City Creek Trails, and miles and miles of surrounding National Forest.

If you are into motorboat sports, American Falls Reservoir is about 30 minutes away.

And after all that running, skiing, and biking around, you can soak at nearby Lava Hot Springs.

Looking for a hotel or motel in Pocatello? There are bunches of them.

We stayed at the Holiday Inn Express on the top of a hill. It’s a pretty swanky version on the chain hotel and had great views. Click through to find the best deals.

Find the lowest prices and best deals on other Pocatello hotels here. 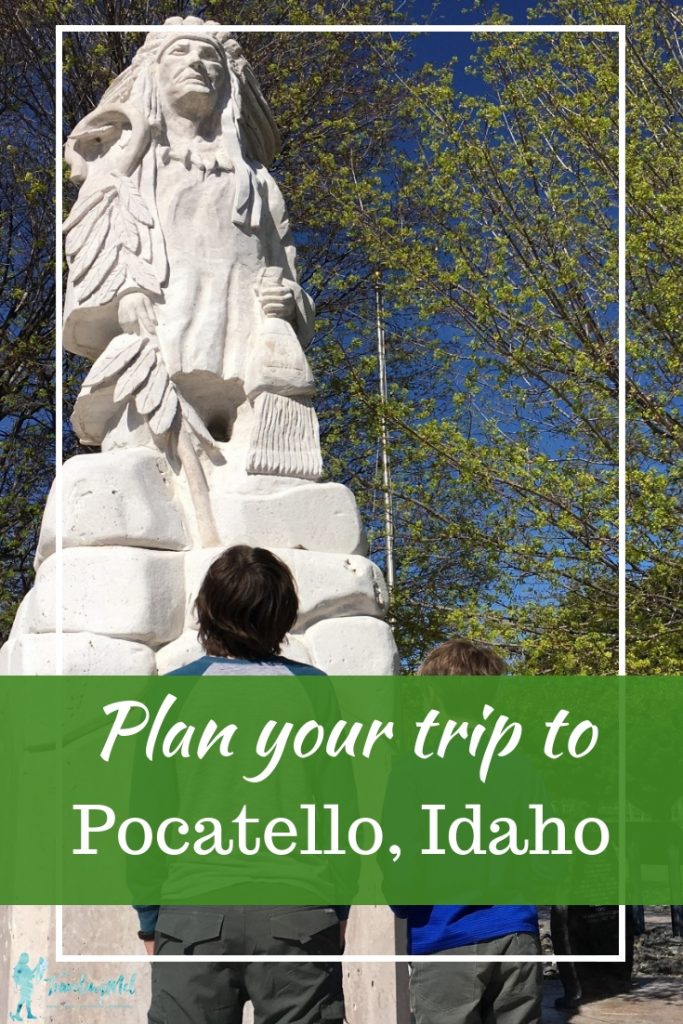 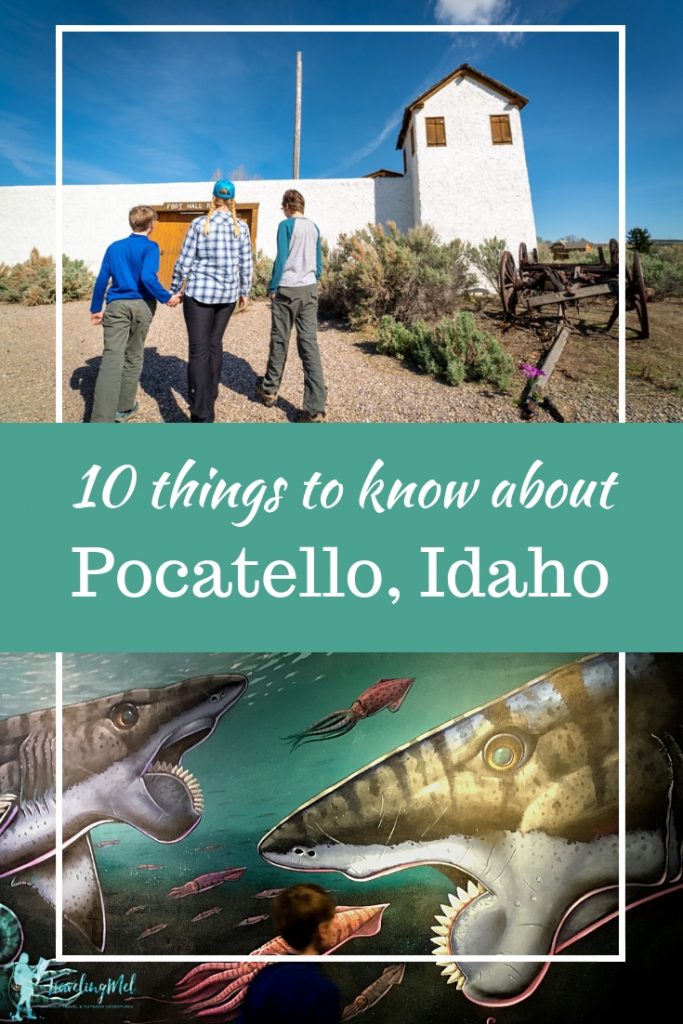 9 thoughts on “Ten Things You Should Know About Pocatello, Idaho”