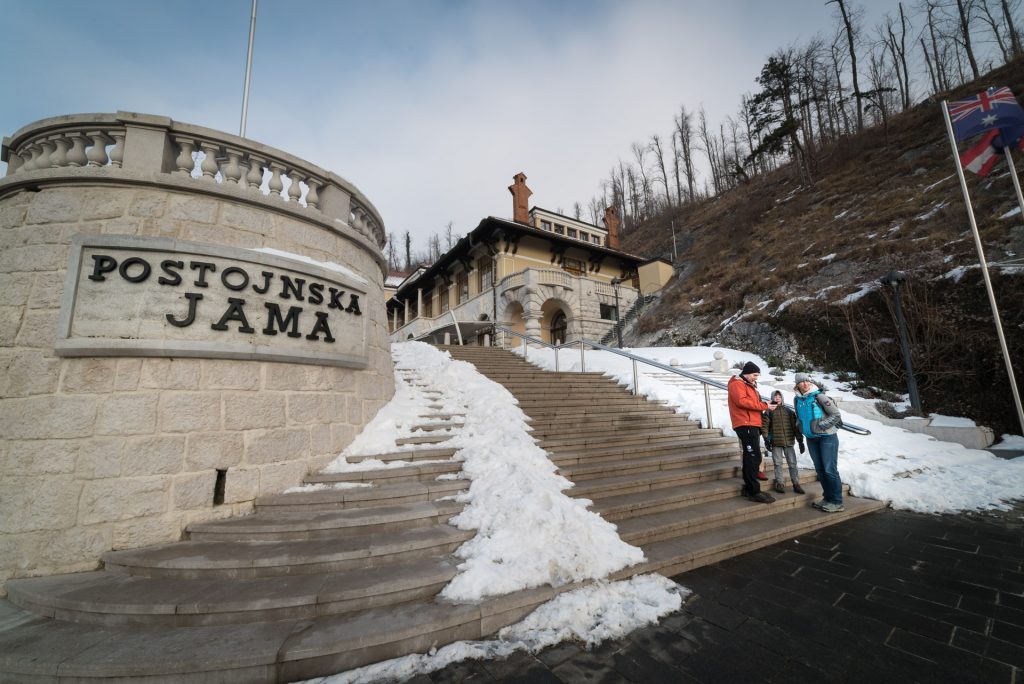 The western half of Slovenia is known for its karst landscape – a bedrock of easily, dissolvable limestone. Karst landscapes are characterized by caves, sinkholes, and underground drainages. There is a whole world under the surface and we wanted to explore it.

We signed up for the trekking cave tour, which included the regular Postojna Cave tour and a visit to Black Cave and Pivka Cave.

Out tour started with a zippy 1.5-kilometer train ride through the huge and beautiful cave. It goes so fast, that’s hard to take it all in or take a photo, but it’s pretty fun and got us pumped for exploring more of the cave.

From the train stop, we left the main tour to walk the loop and followed our guide, Voiko along passages and boardwalks.

Voiko explained the 200-year history of Postojna as a tour cave, as well at its historical role. When Nazis stored 1,200 barrels of fuel in the entry to the cave during WWII, local Partisans snuck in through another entrance and blew it up. The fire supposedly lasted for a week. The cave walls are still black well into the cave.

I was super impressed with the amount and variety of stalactites, stalagmites, columns, shields, ribbons, and soda straws (called “spaghetti” by Voiko) that decorate the cave. And did I mention how big it is? Cavernous.

We followed a human made tunnel, passing bricks used by Italians to block the passage, and removed by the sabotaging Partisans, for 0.5 kilometers to Black Cave.

Črna Jama is black because it was used long ago for cooking alcohol (probably). Locals who didn’t want their hooch taxed, could make it in the cave unbeknownst to the Tax Man. The result is a black film from the smoke covering most of the cave formations.

The highlight of the Black Cave was group of ice stalagmites near the entrance. These ephemeral beauties form when water drips through the cave ceiling and then freezes as it hits the ground. They can only form near an entrance since the rest of the cave stays at 8-10 degrees Celsius (46-50 F) year round. This is one of the benefits of visiting during the cold, off-season. 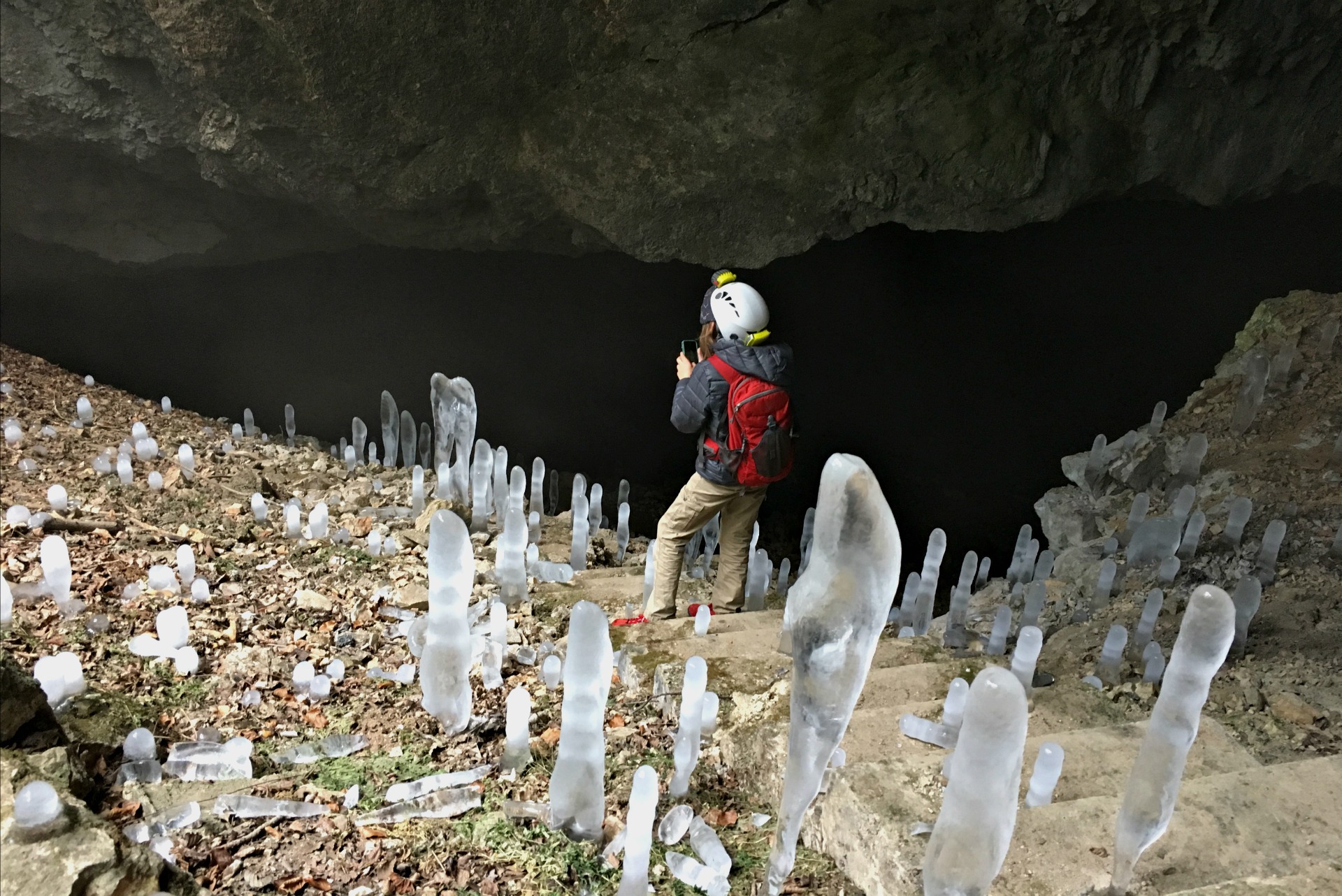 From Black Cave we walked through a short human made tunnel to Pivka (pronounced “puke – a”) Cave. Here the Pivka River flows through the cave and the mist hangs low.

We looked for, but did not find, the blind, white salamander, Proteus anguinus. They are also called “Olm.” The Olm is endemic to the waters that flow underground through the extensive limestone of the karst of Central and Southeastern Europe, specifically southern Slovenia, the basin of the Soča River near Trieste, Italy, southwestern Croatia, and Bosnia and Herzegovina.

While we didn’t see the “human fish” here, we did marvel at the beauty of the Pivka River and the cave. 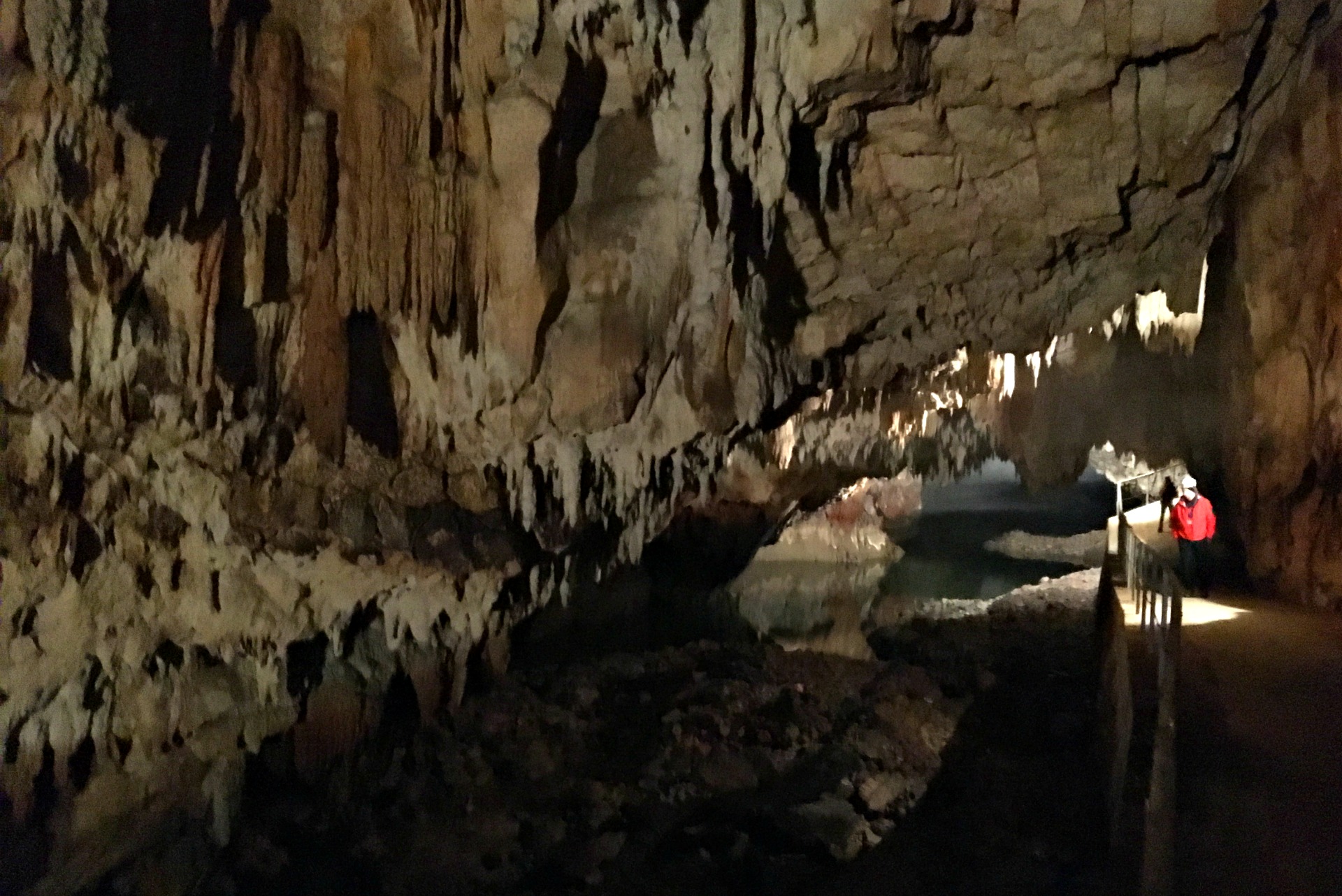 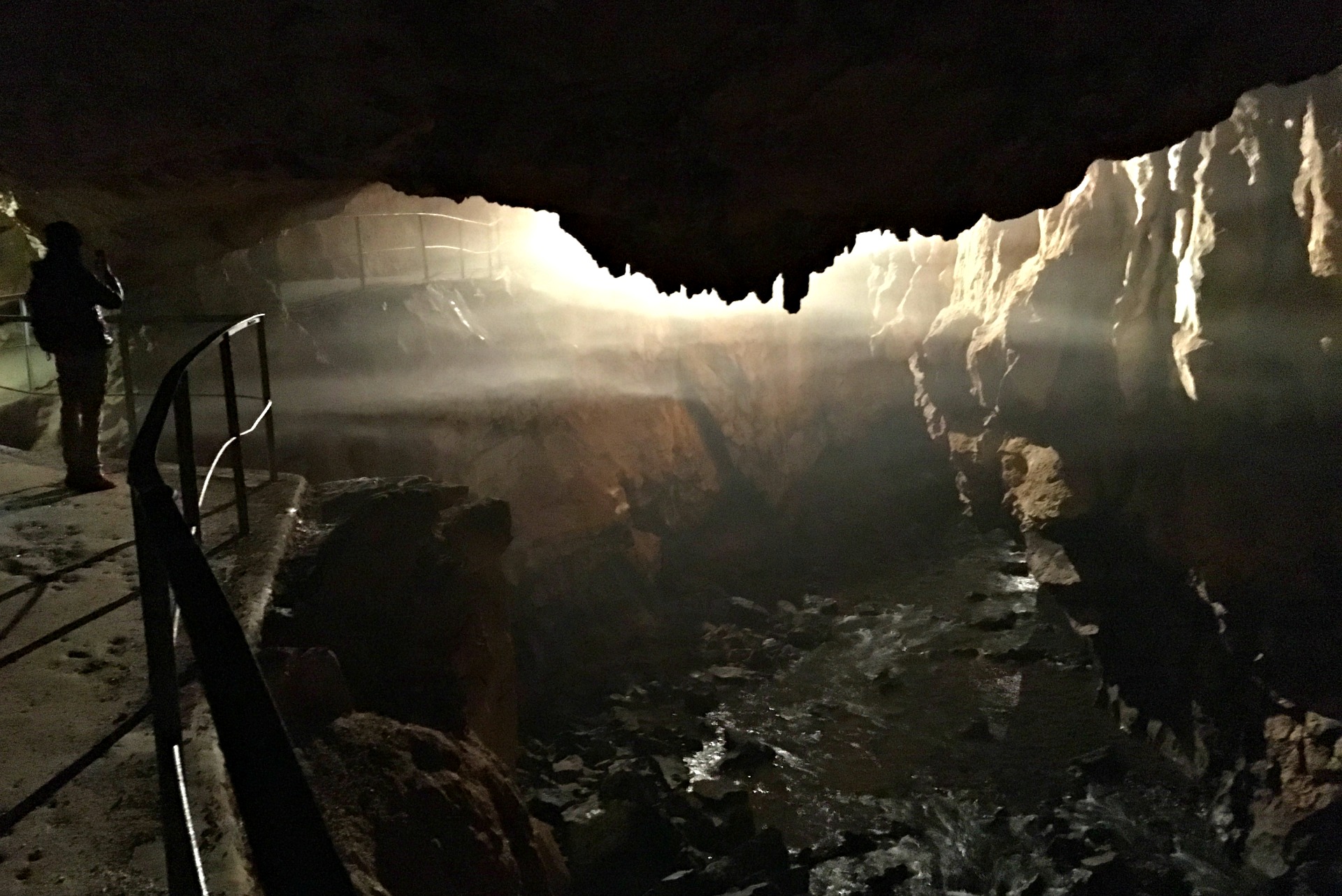 After Pivka cave, we returned the way we came to Postojna Cave and continued the rest of the main tour loop. I can’t emphasize enough how amazing the cave formations were. Really beautiful…and so many. Considering humans have been visiting this cave system (and blowing up fuel and cooking alcohol in it), it is amazing that it is in such good condition. There has been some damage, of course, but nothing like I would expect to see. Maybe tourism protected it.

We passed by an aquarium where we were able to see a handful of baby dragons—the cave salamander. They are really cool to look at. We would have liked to see them in the wild, but wildlife doesn’t always cooperate. They are raising cave dragons from the eggs of these salamanders, studying their biology, and releasing them back into the cave river when they are older.

We finished up in the Concert Hall, a cavern so large they hold actual concerts and even an exhibition basketball game. From the post office, you can mail a letter from underground, and the gift shop has everything Postojna-related you could want. 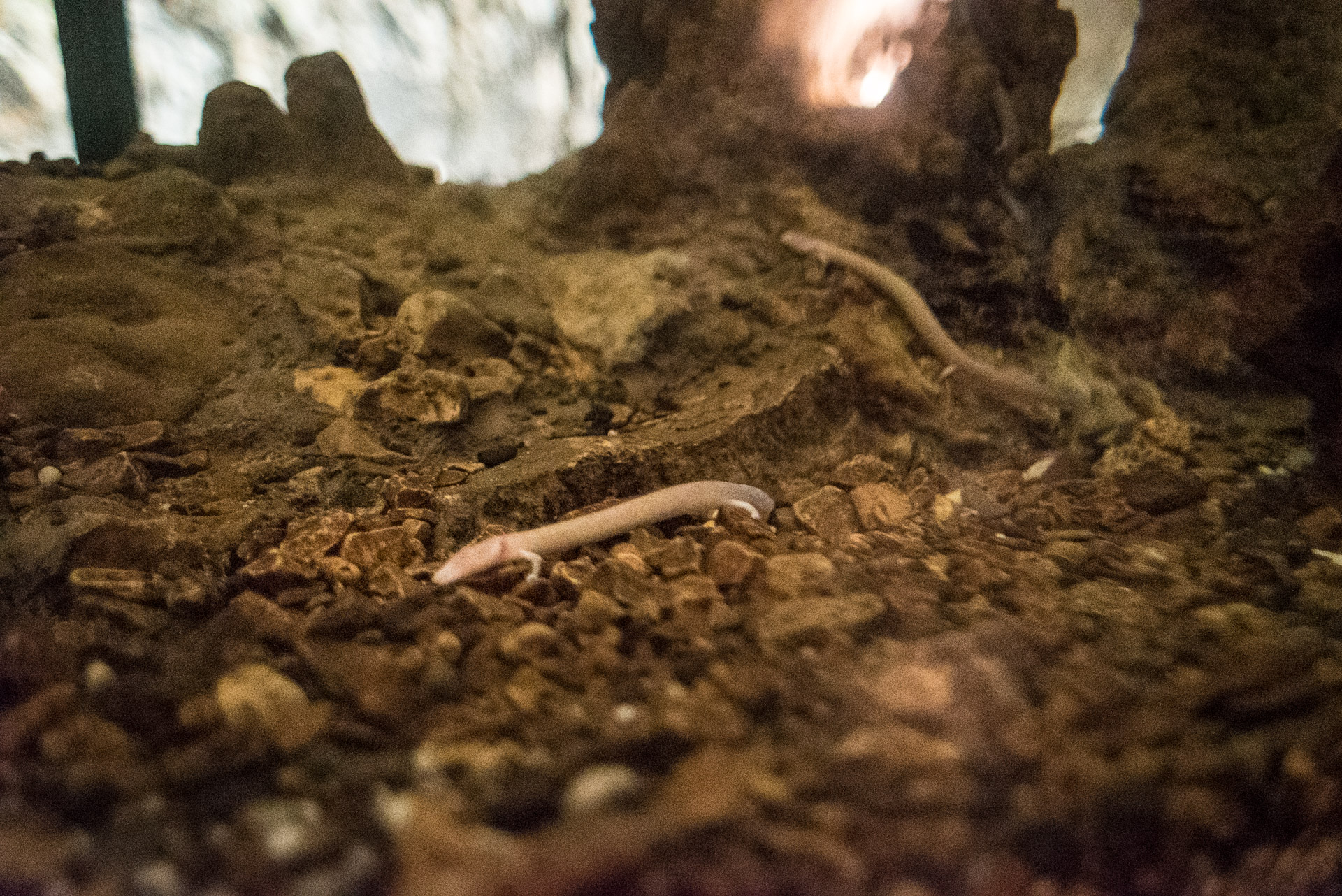 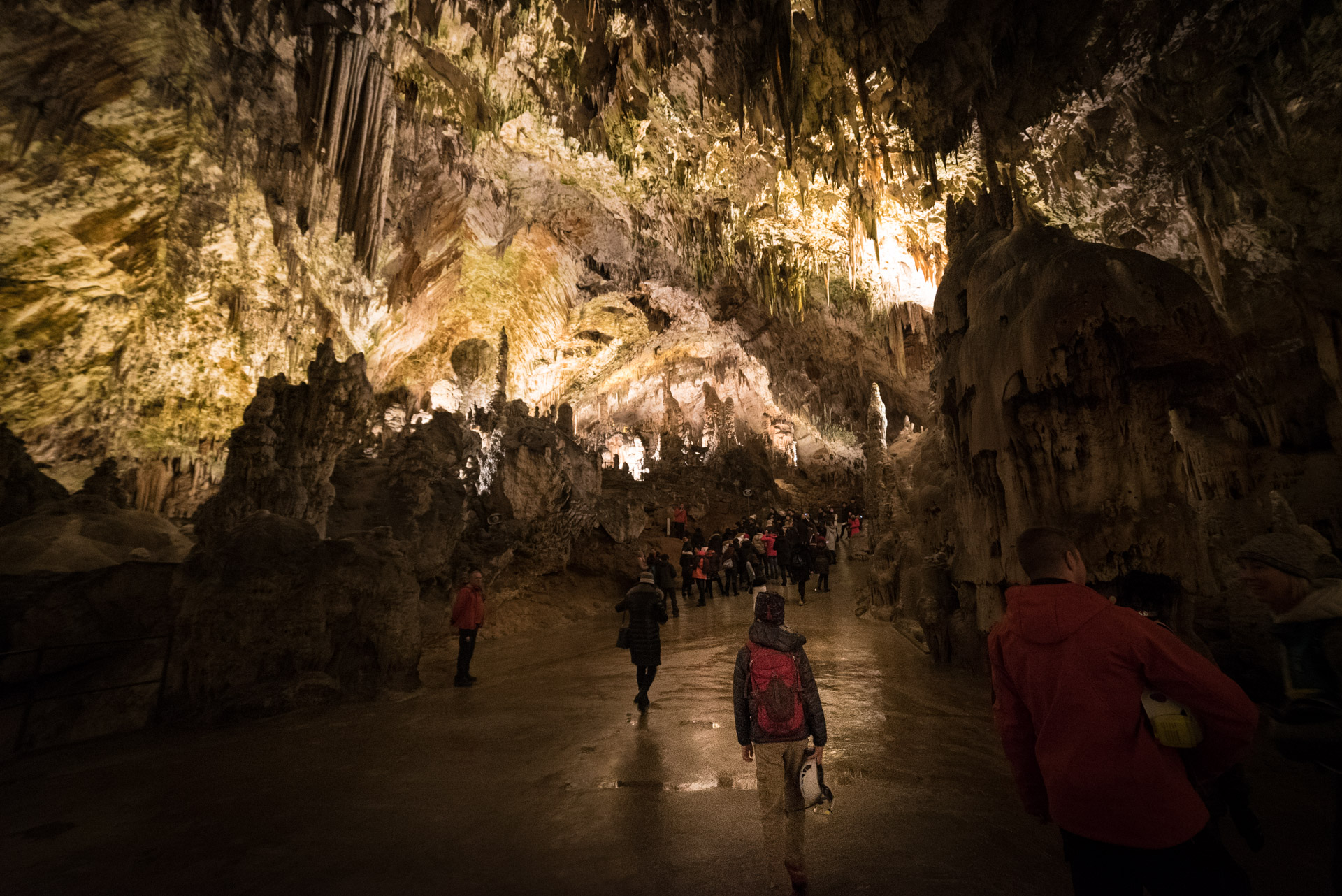 The exhilarating train ride took us back to the surface and sunlight.

Stepping out of the cave after three hours, I felt a little like a Proteus that was accidentally washed down the river and into the aboveground realm.

Other Things to Do at Postojna

Note: Predjama Castle is 9 km away and there isn’t any public transportation. A taxi costs around 30 Euros. 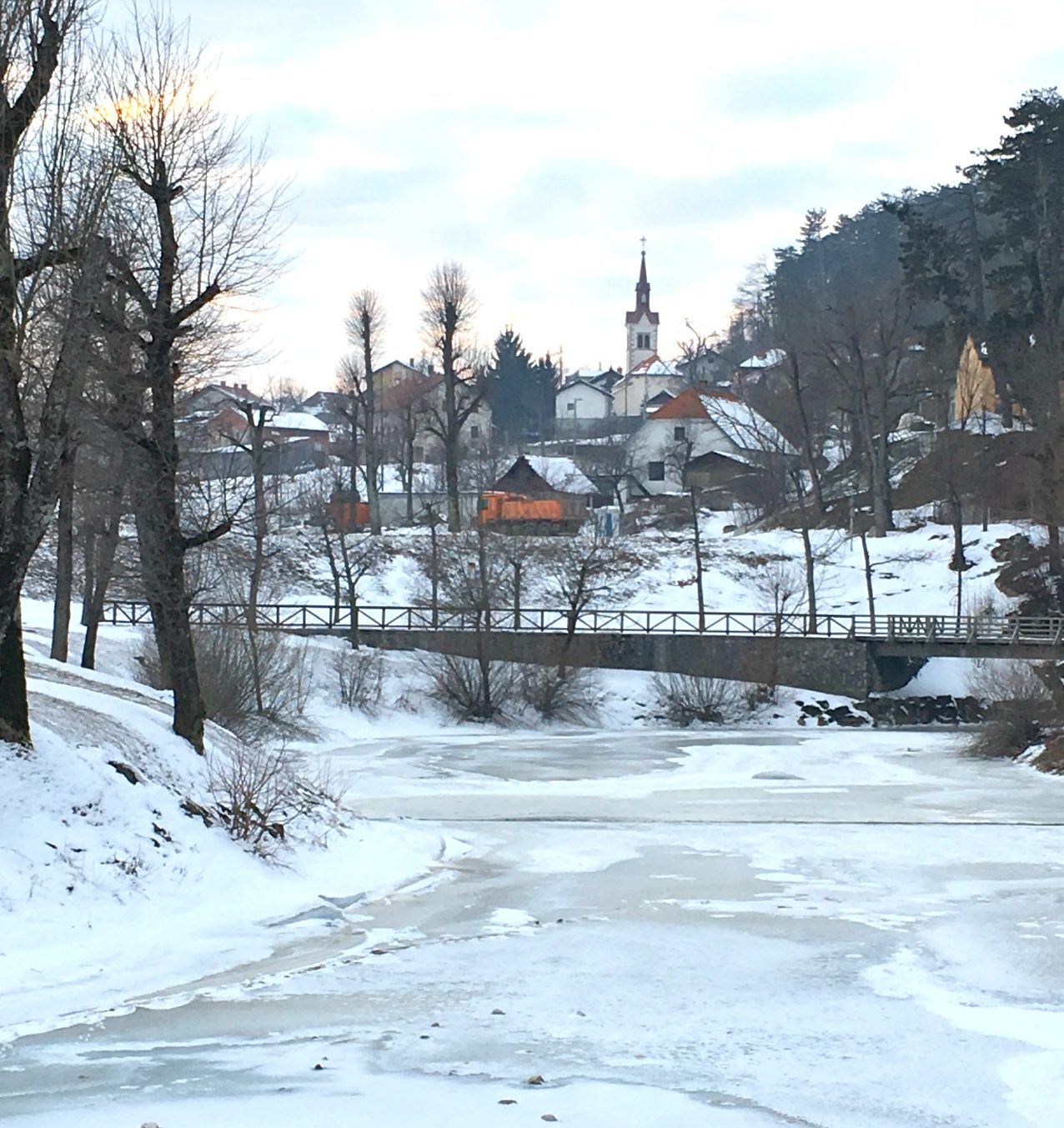 Know Before You Go

Tickets and Tours for Postojna Cave

In addition to the standard 1.5-hour Postojna Tour, there are several other tour options, including an Adventure Caving tour and packages that include a visit to Predjama Castle. Check the website for the Postojna cave price.

Tours are given in Slovene, English, Italian, and German. There are audio guides available in other languages.

Getting to Postojna Cave Park

Where to Eat at Postojna Cave

In addition to the restaurant in Hotel Jama, there is a self-serve restaurant called Patisserie Briljant, café/bar, and snack food counter. Or bring food and picnic outside.

Modrijan Homestead was closed while we were there, but in summer you can eat homemade snacks, freshly baked bread, dry-cured ham, cheese, and cakes while sipping wine in the shady garden.

Other restaurants in our around the cave park can be seen here.

Or walk ten minutes into the town of Postojna for a variety of eating options. 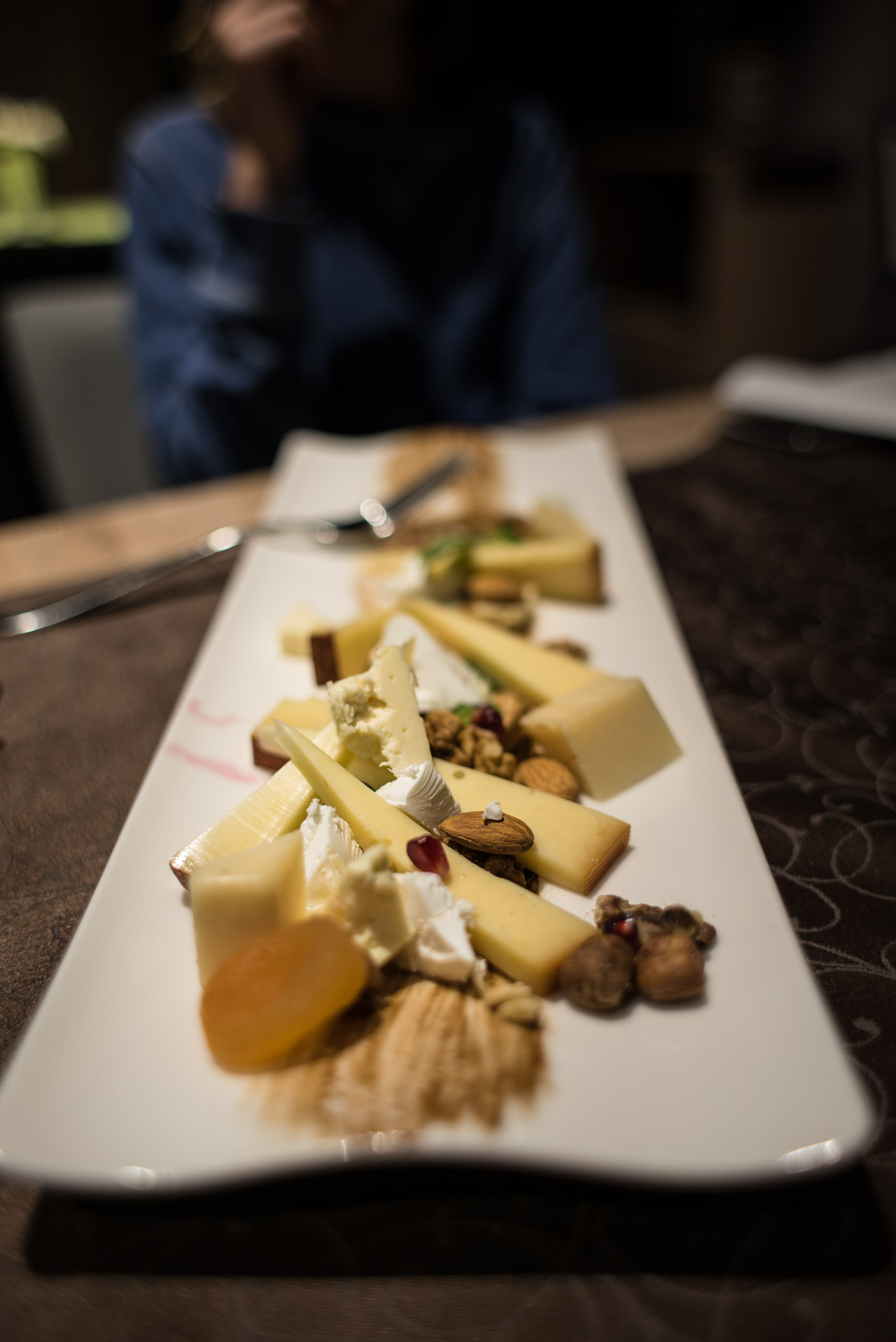 Hotel Jama Postojna is just steps from the cave entrance. We stayed here and it was lovely. The hotel was renovated four months before our arrival and it was really nice. The kids liked hanging out in the lobby while Henry and I sat at the nearby bar. The rooms are clean and well done and the breakfast at the restaurant puts American hotels to shame.

You can get a package deal that includes the hotel and entrance to the caves and other exhibits.

You can also make reservations for Hotel Jama or hotels, hostels, guesthouses, and home stays on TripAdvisor.

Our guide, Voiko said the campground next to the entrance to Pivka Cave is beautiful. There is a campground, bungalows, and a restaurant. Find the details about Camping Pivka Jama here. 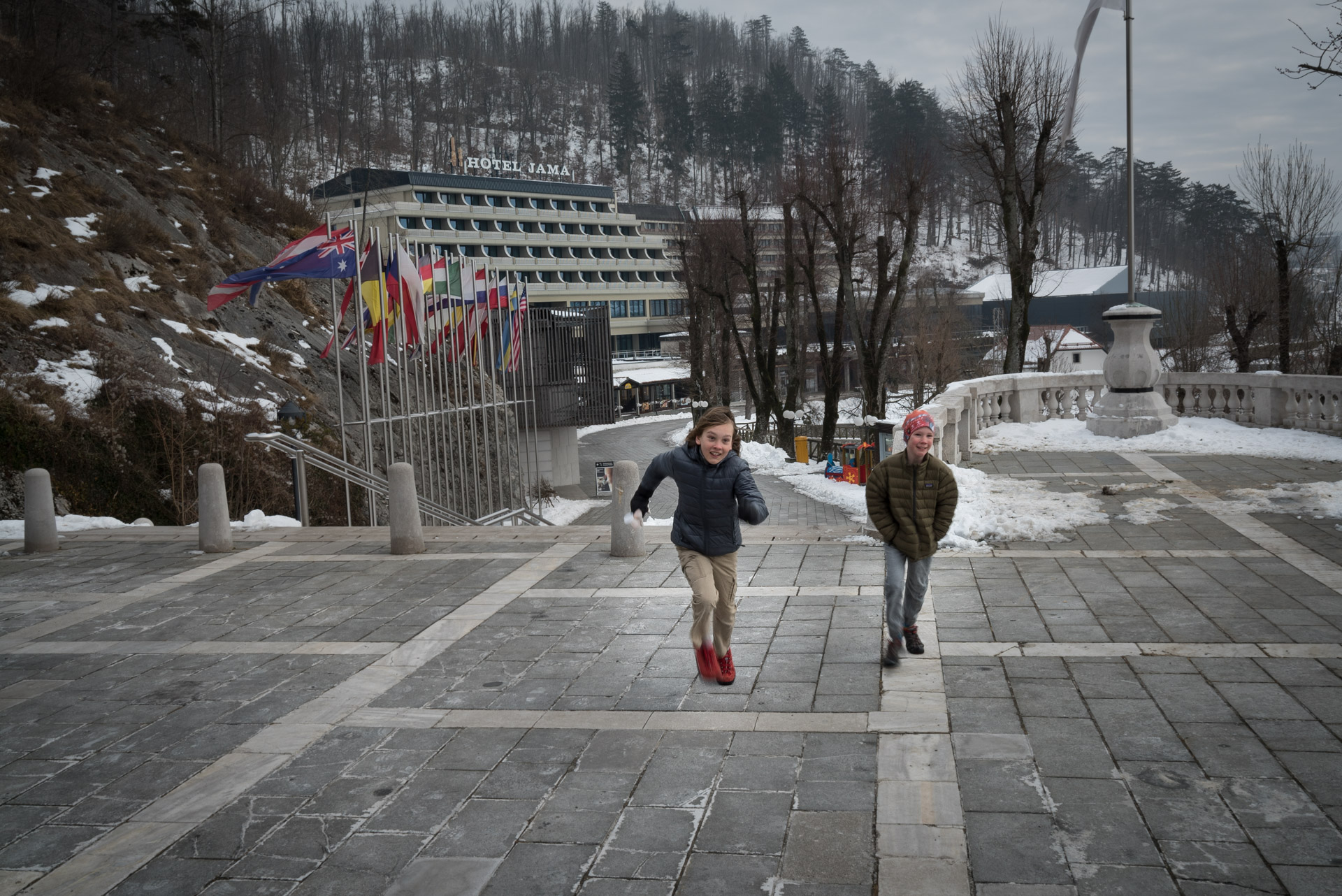 Have you been to Postojna Cave? Do you want to go now?

More things to do in Slovenia: 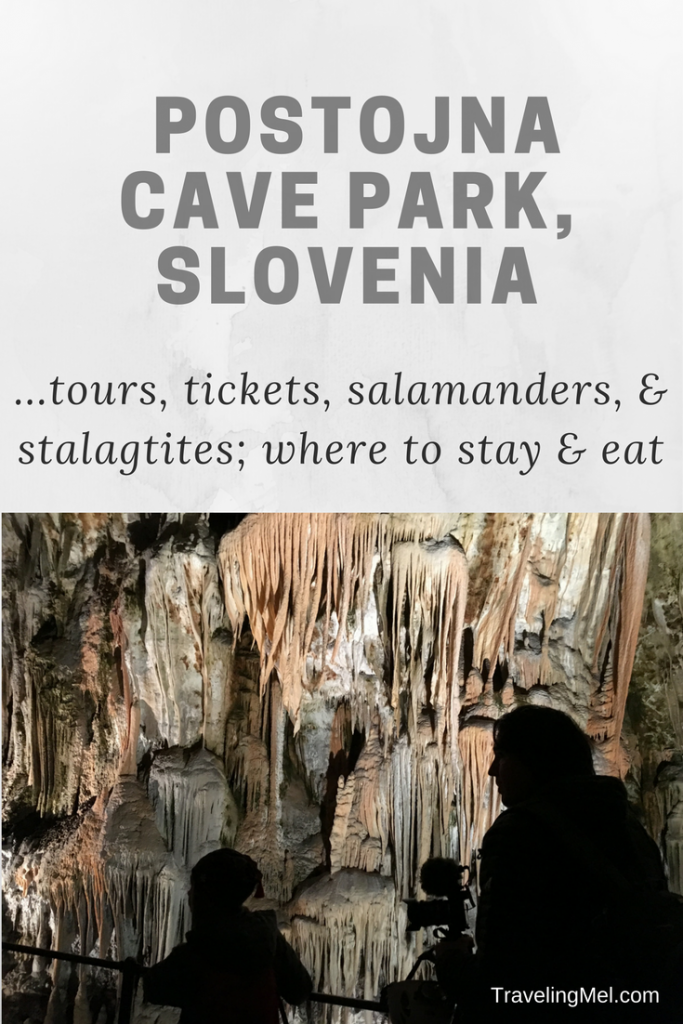