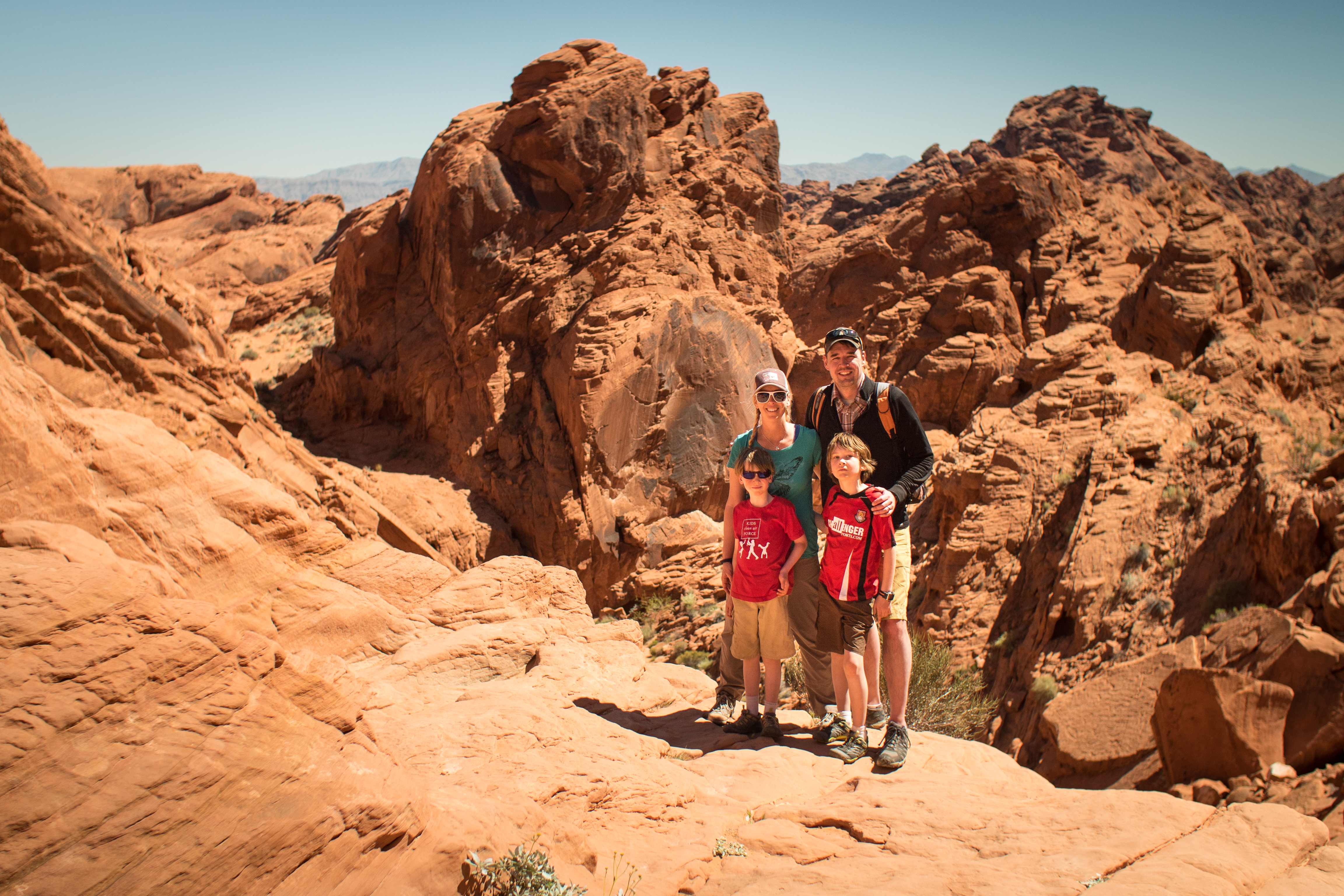 Why is it Called Valley of Fire?

Valley of Fire is a state park in Nevada, about 50 miles northeast of Las Vegas. We think it is one of the most beautiful spots in Nevada thanks to its sandstone waves, canyons, and petroglyphs. But, why is it called the Valley of Fire?

The name is due to the geology. The park is made of red sandstone called Aztec sandstone. The sandstone is the result of 150 million-year-old sand dunes that were compressed and solidified over time.

The land on top of the sand dunes, which compressed them, was eroded away exposing the Aztec sandstone outcrops. The outcrops were further weathered (and are still eroding), which creates the beautiful formations.

When the sun hits the red sandstone just right, it appears to be on fire. Hence the name: Valley of Fire.

Valley of Fire isn’t all sandstone; you’ll find other rock types there, too, including limestone, conglomerate, and shale.

The Aztec sandstone is really the showstopper in the park. We loved hiking over and between it on trails like “The Wave,” and “Rainbow Vista.” On the way to “Mouse’s Tank” we were awed by the petroglyphs carved into the desert patina atop the Aztec sandstone. We even camped surround by it.

See my full guide to planning your Valley of Fire trip for details on the trails, camping, and other things to do in Valley of Fire.