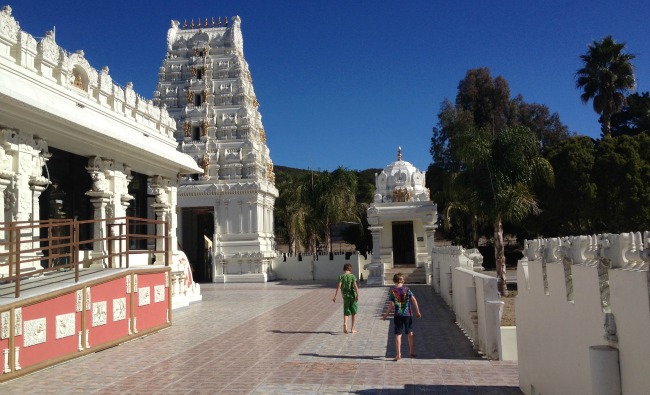 Finn, Anders, and I spent a couple weeks in California this November. In addition to connecting with friends and family, playing in the sand and running from waves, and eating fresh avocados, we fit in a little religious studies.

It’s all part of my unschooling/homeschooling plan. (Which isn’t really a plan, more of an openness to opportunities that present themselves.)

I loved taking religious studies classes in high school and college. Religion is fascinating and knowing what people believe helps us better understand the history of the world. It can also help us separate the rhetoric we hear on the news from what particular religions actually dictate. I’m not saying this trip made us experts, but it was a good jumping off point for further discussion and exploration.

We had some reading material, of course, but there’s nothing like walking into a church and talking to someone who works there to get a real feeling for a religion. There aren’t a lot of Hindu temples or Sikh congregations in Montana, so I had to take advantage of the great religious diversity of southern California.

I was inspired when my friend Noelle suggested we meet at the Skirball Cultural Center to play on the Noah’s Arc exhibit. The Skirball is a Jewish culture center. I checked out a book on bible stories for kids to get Finn prepped for the exhibit. (Anders was at my mom’s for a little one-on-one time.) No better way to learn about Noah’s Arc than climbing all over it and hearing costumed storytellers tell the tale of Noah and his big boat. 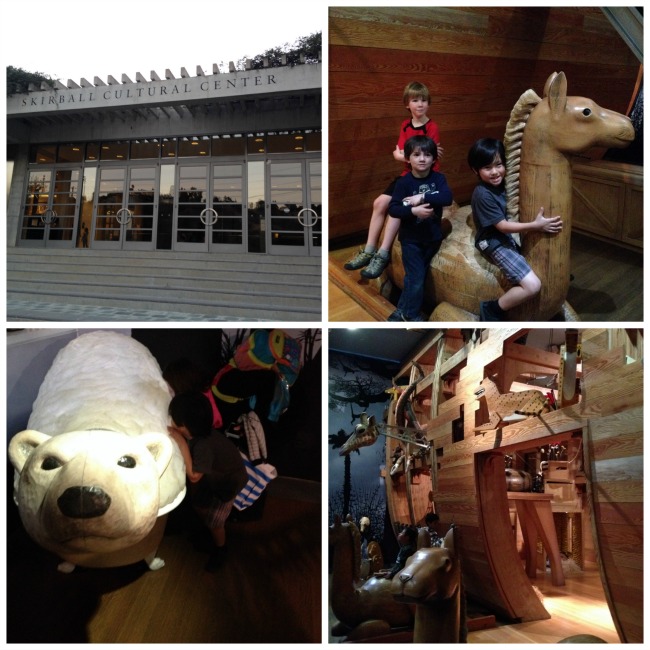 When I was in high school, a few friends and I liked to go down to the Malibu Hindu Temple and walk around. It is really beautiful and so different than the world we grew up in.

A man who worked in the office gave us a little talk about the different deities represented at the temple. I only understood about 1/3 of what he was saying, and the kids didn’t understand anything, but his thick accent was beautiful to listen to. And they had a brochure with a little description of each deity, so we pretty much figured it out.

I wanted to visit the Deer Park Monastery, which was established by Zen Master Thich Nhat Hanh to share the practice of mindful living. Unfortunately, when I emailed them to see if we could visit, I found out they were closed to the public until Thanksgiving.

Fortunately, there are two other Buddhist monasteries in Escondido. We visited the Phap Vuong Monastery. No one was there, so we walked around and looked at the statues and talked about the Eightfold Path, enlightenment, and Nirvana (not the band) .

I do hope to get to the Deer Park Monastery sometime for a day of mindfulness. 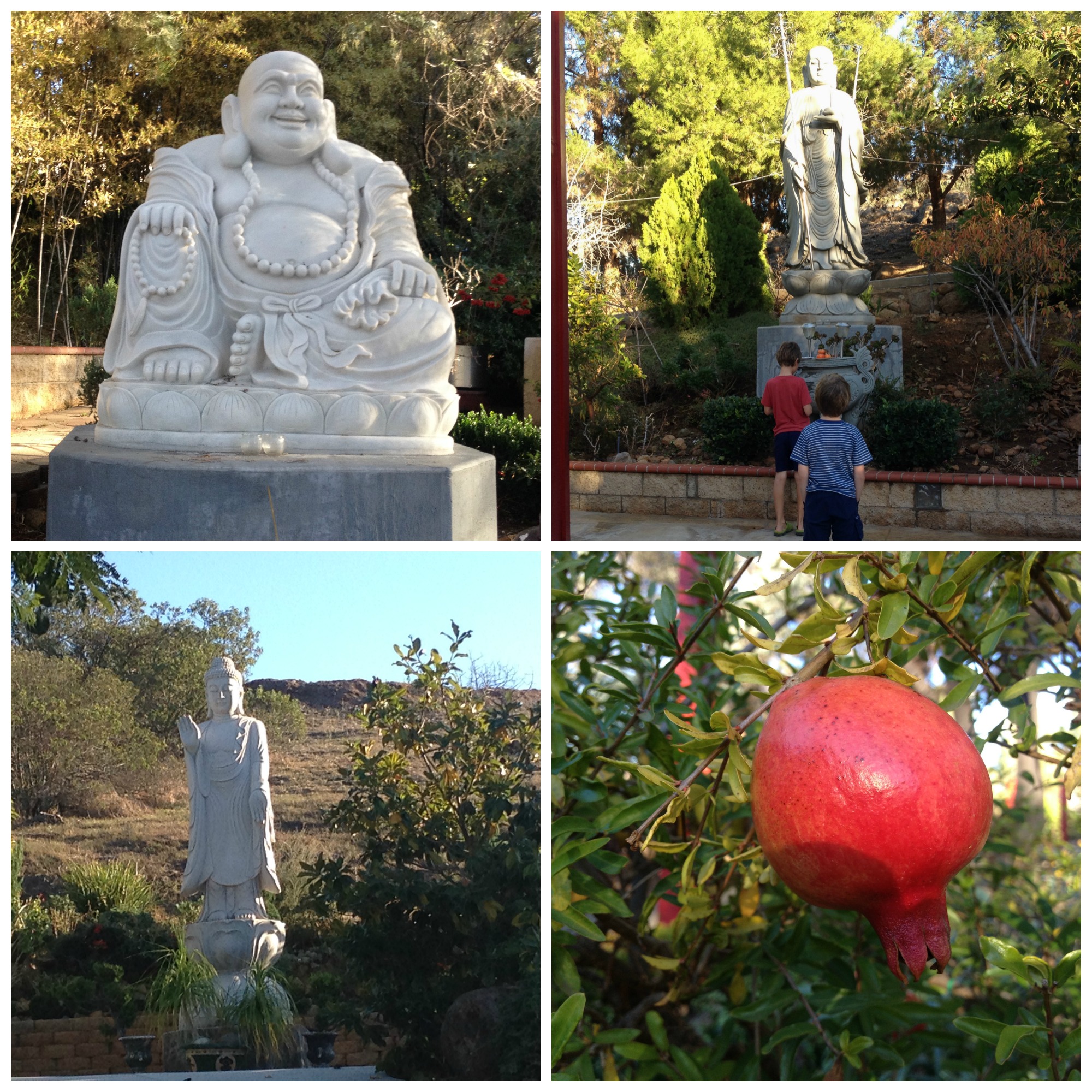 My dad had mentioned that there was a temple/church near him that he didn’t know what religion it belonged to. Since we were on a roll, I decided to go check it out. I’m used to blindly walking into religious buildings at this point.

Turned out it was the Gurdwara Sahib, part of the Sikh Society of San Diego.

I knew less about Sikhism than any of the other religions we had studied thus far, so I was pretty excited to talk to the young priest who lived there. He recently moved over from Punjab, India and was missing his wife and two kids (he showed us pictures on his phone). He was also incredibly welcoming, open, and friendly. He made us tea and snacks and we sat outside talking for about an hour. We asked all sorts of questions about Sikhism, which is a really cool religion, and tried to explain the difference between Christianity and Judaism to him. Then we exchanged knock-knock jokes. It was one of those experiences that makes you glad you showed up totally ignorant at a religious institution on a weekday. 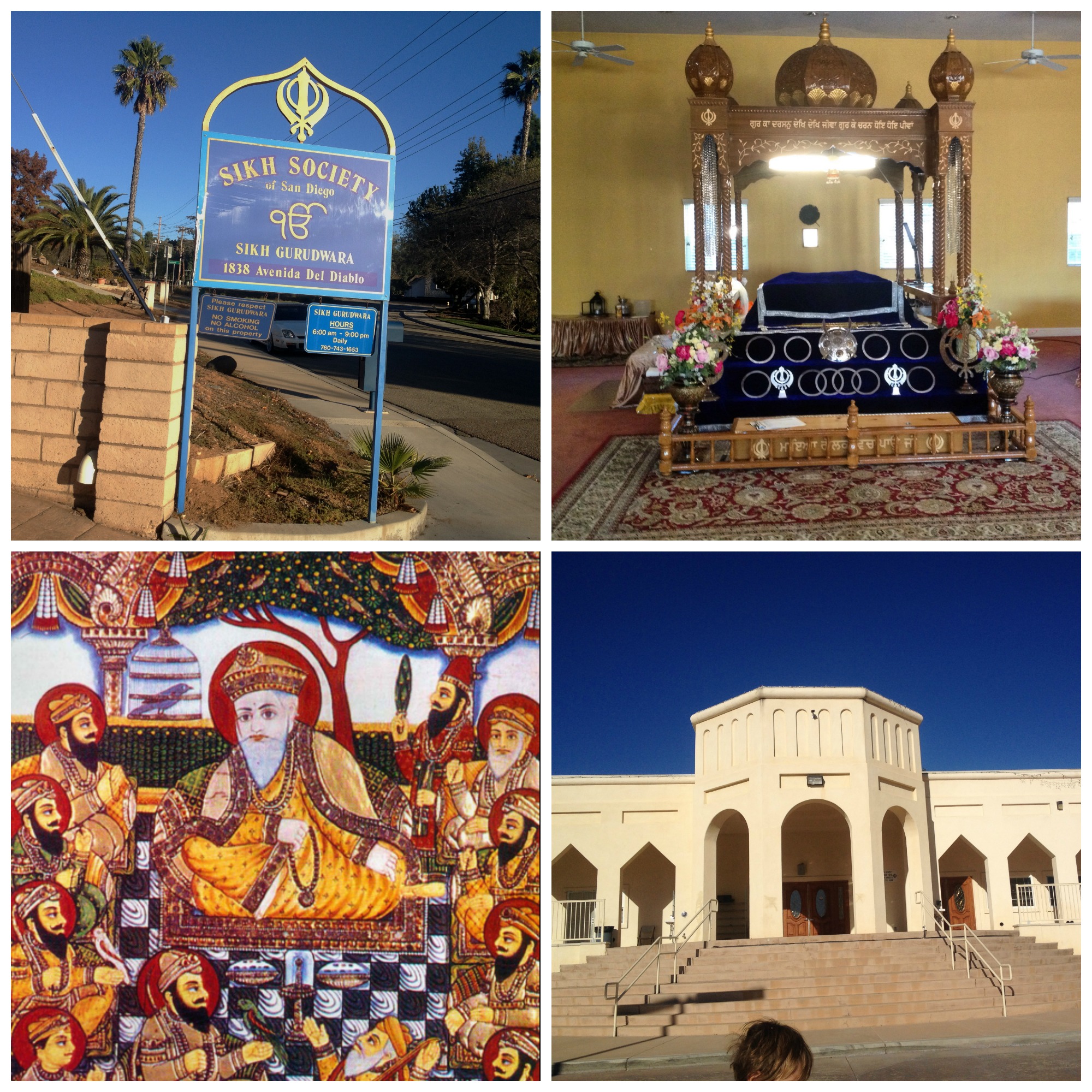 We didn’t cover all the world’s religions on this trip, but it was a good start. Maybe I’ll show the kids pictures of our honeymoon trip to Turkey and visits to Islamic mosques. With the winter holidays upon us, we will soon pull out our Solstice, Hanukkah, Christmas, and Kwanza books. We’ll go to parties celebrating most of these holidays and look for ways to incorporate more religious learning in the future.

Talking to people and visiting temples/churches/monasteries was the best part of our World Religions lessons, but we did find these books useful for getting a background understanding. (And all the religion names above are linked to their Wikipedia page.)

What Do You Believe?

These are affiliate links and if you buy one of these books, we get a tiny percentage to help keep this blog going (at no extra cost to you).