I’m walking along the Judith River with Finn and our friend, Eva. We pick up rocks, judge their shape for an art project, then either put them back or take them with us up river to a little, rocky beach. The water is high right now, but we can still see swaths of destruction where ice dams and high water coursed through earlier in the year, part of the natural regenerative process on the North American prairie.

The Judith River dumps into the Missouri River a few miles from here. When the Corps of Discovery came through in 1805, Meriwether Lewis named it the Bighorn River. Later, William Clark renamed it in honor of his future wife, Julia (Judith) Hancock. Before that, the Crow people called it Buluhpa’ashe, which translates to “Plum River.” 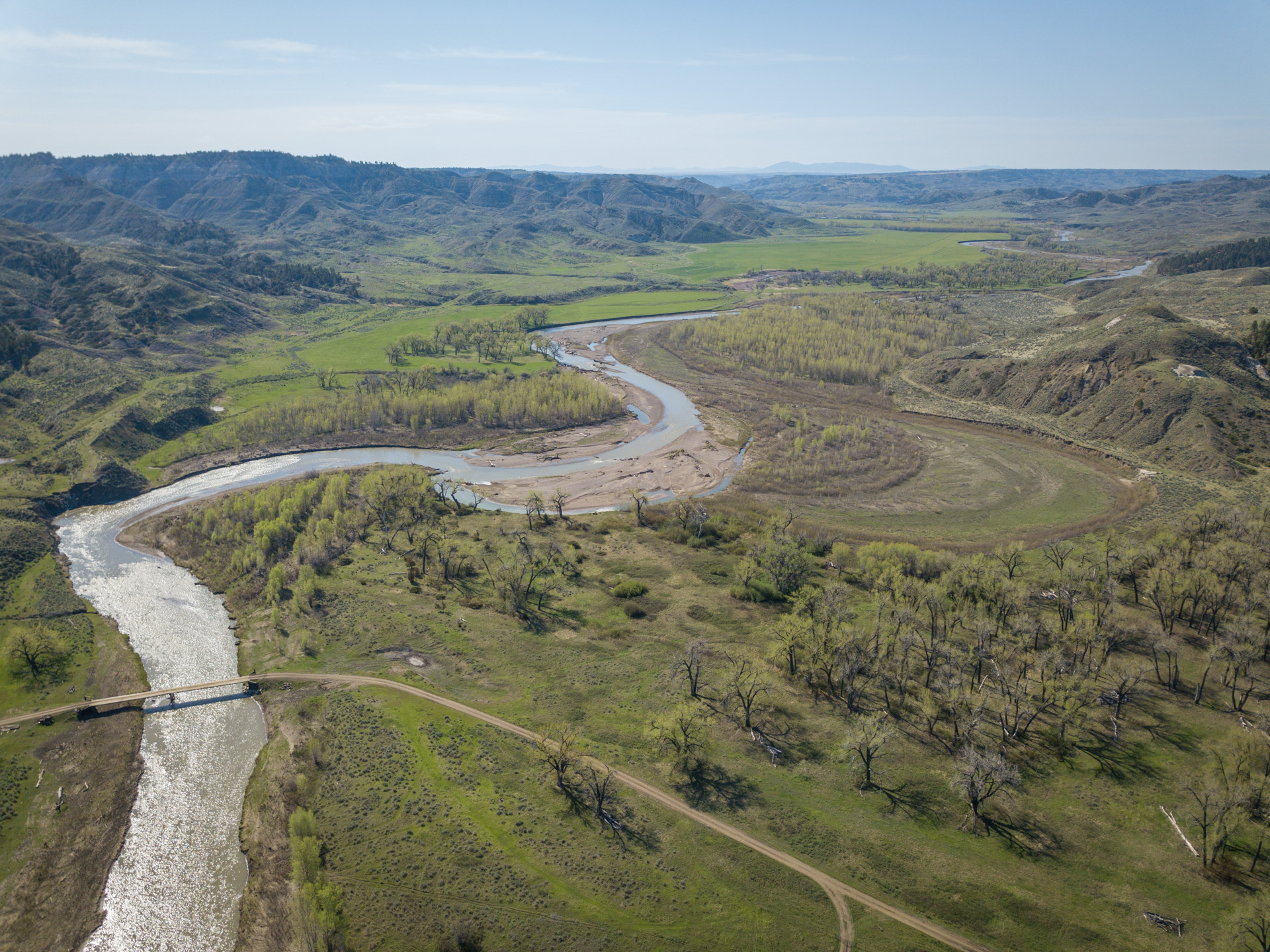 In the 1880s, the area around the Judith River was home to two large ranching operations – the DHS Ranch and the PN Ranch. We are staying in a tricked-out yurt on the PN Ranch, now owned and managed by American Prairie Reserve.

I’ve been hearing about APR for over a decade and wanting to visit for just as long. For the last few years, Henry has been making regular trips to this short grass prairie in central Montana to film, and now it was my chance to explore. We packed up the kids, our friend and two of his kiddos, a ton of food, and seven bikes, and caravanned to the PN Ranch on the west end of the Reserve. 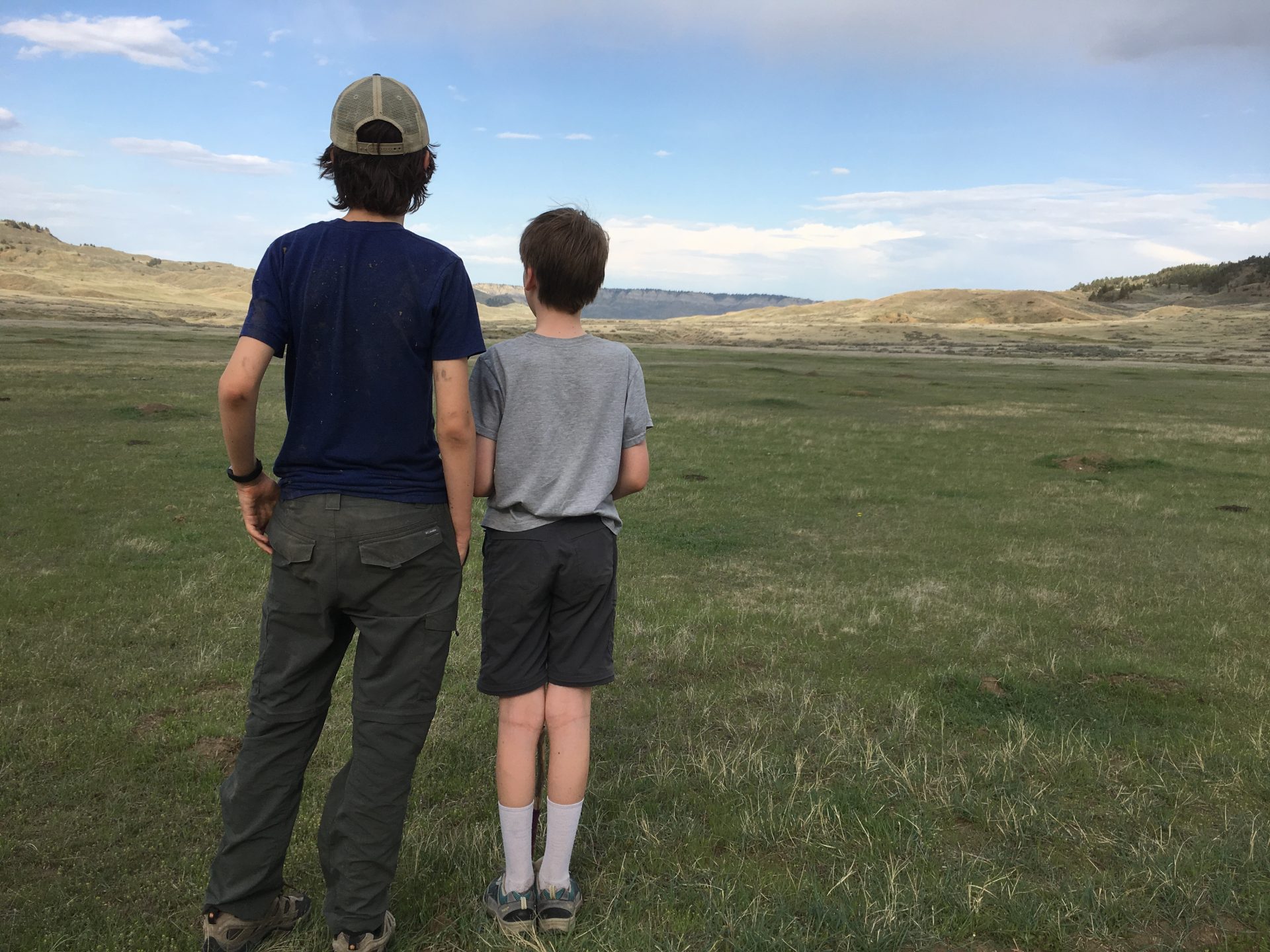 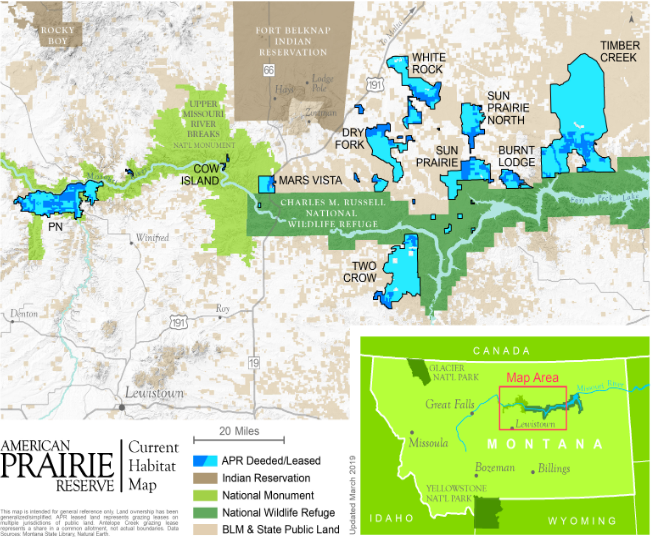 When Lewis and Clark came by in 1804-1806, the prairie looked the same in a lot of ways. The Judith River, where we collected rocks, flowed into the Missouri. The landscape undulated and folded in every direction as far as the eye could see. Of course, there were grizzly bears and bison, and more native plants. There were Native Americans who lived here or hunted in the area. American Prairie Reserve was formed in order to save an ecosystem – one that needs some love and restoration, but is intact enough that it can still be conserved.

“American Prairie Reserve represents a unique effort to assemble a multi-million-acre nature reserve that conserves the species-rich grasslands of Montana’s legendary Great Plains for the enjoyment of future generations. When complete, American Prairie Reserve will span more than three million acres of private and public land, showcasing the iconic landscape that once dominated central North America and helped shape our nation’s character.” 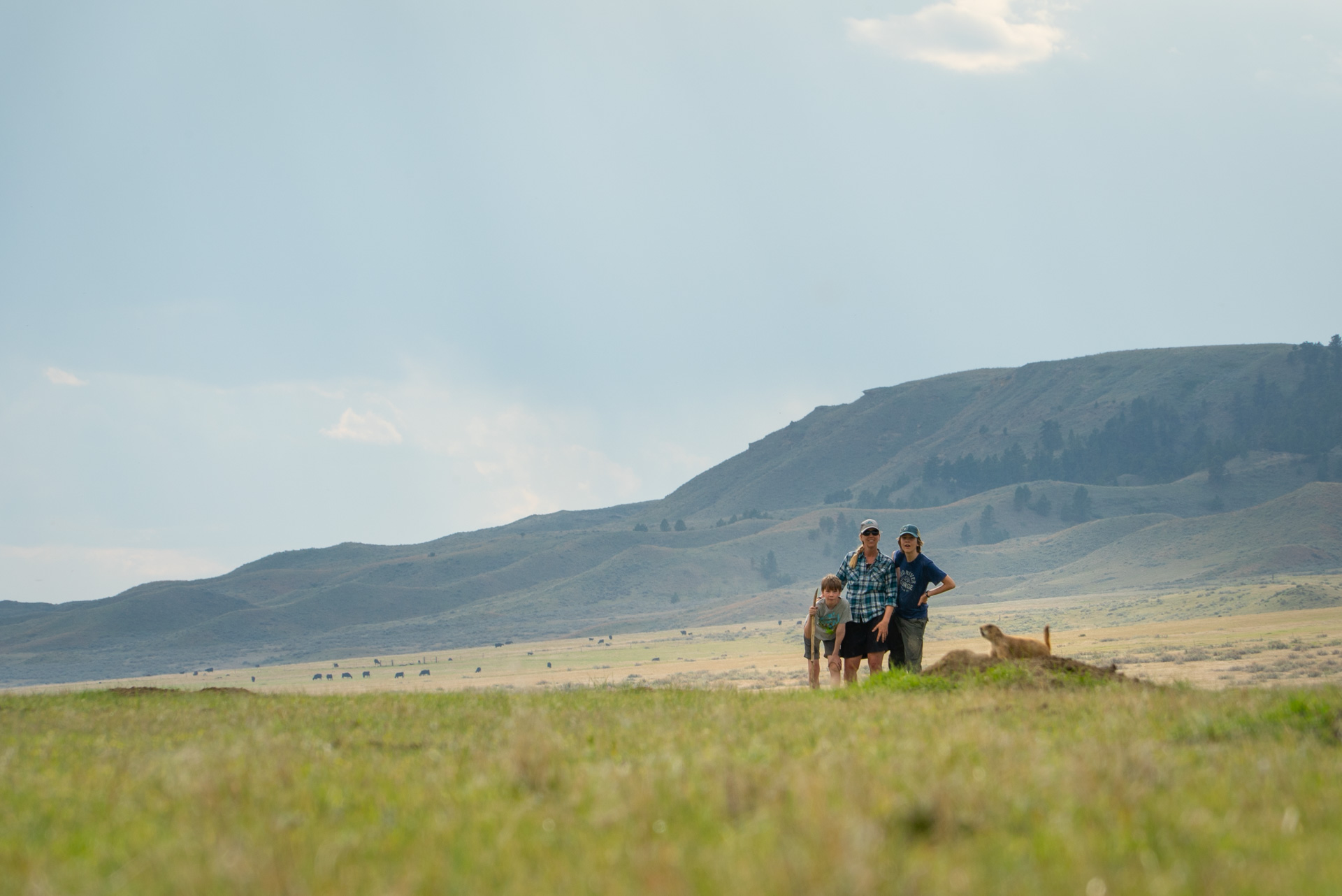 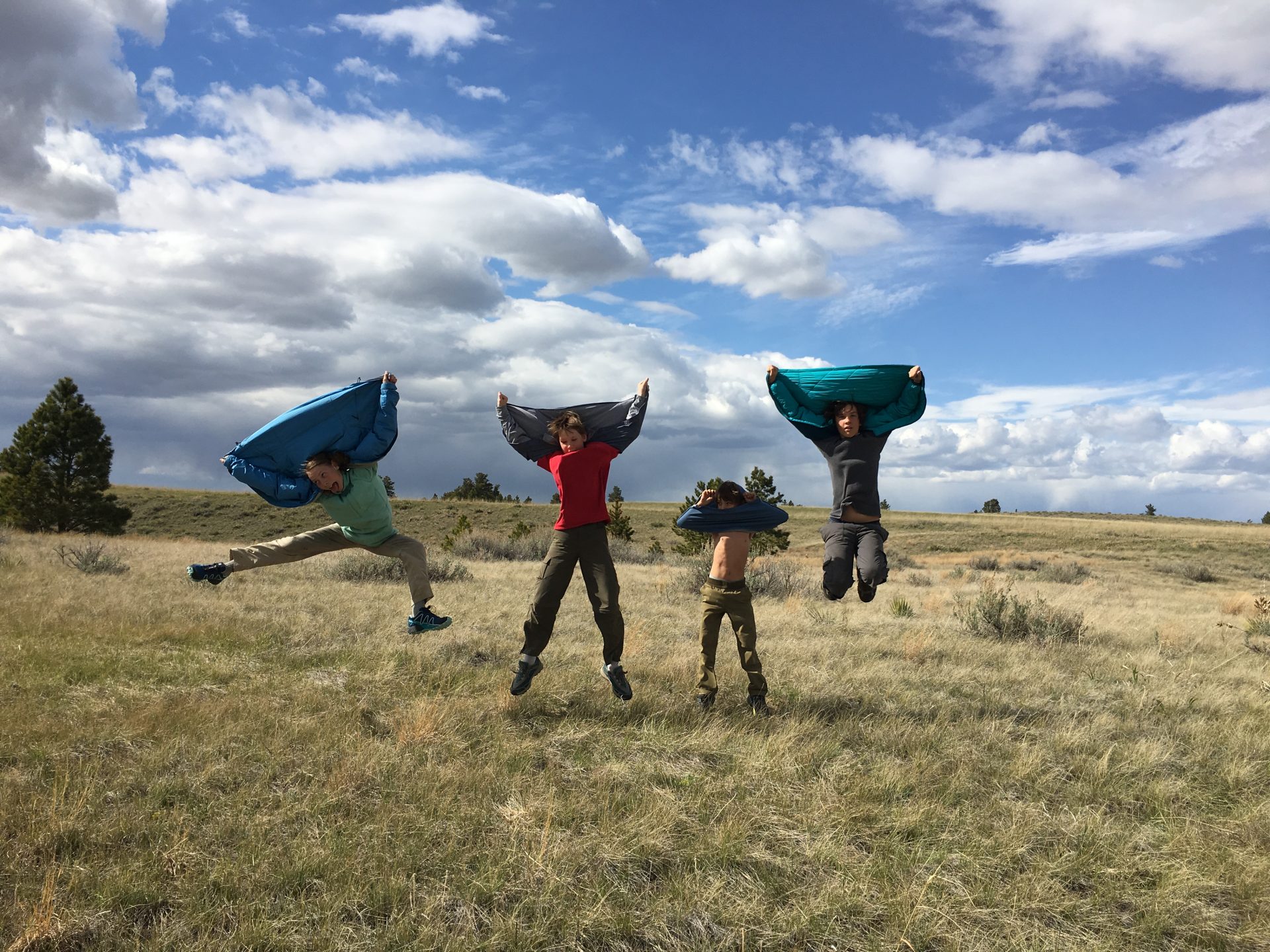 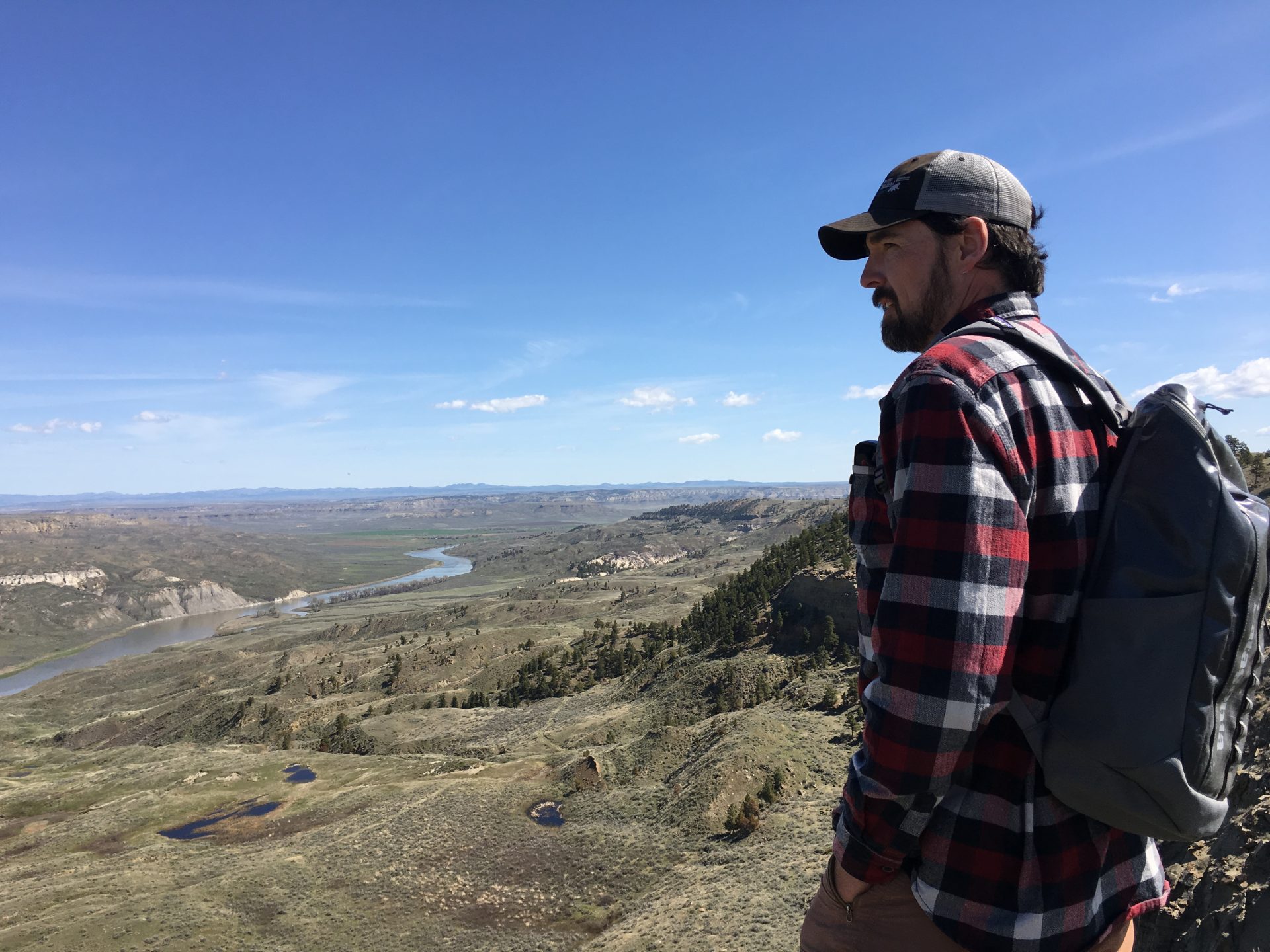 We spend a lot of time talking to our kids about things that are going away. We visit receding glaciers, rivers threatened by mines, and climate change-affected species of plants and animals. Visiting the Reserve is the opposite — it’s a place of renewal and regeneration. It’s a restored prairie ecosystem and bison. It’s black-footed ferrets munching on prairie dogs. It’s grizzly bears rambling through native vegetation. We need places like this that give us hope and provide concrete examples of successes. Sitting by the Judith River with Finn and Eva, I start to imagine what this place once looked like, and what it can look like again.

The day before, our group stayed in the Founders Hut, one of two yurts that APR rents out to people who want to visit and play here. Eventually, there will be huts across the Reserve, which visitors can bike, hike, or ride horses between.

We spent a couple days biking and hiking and reveling in the expanse and isolation. At first glance, the prairie appeared as swaths of sagebrush and grass, but as we picked our way up and over a small ridge overlooking the Missouri River, we started to notice cactus and delicate wildflowers. Big pinecones from the conifers on the lee side of ridges decorated the ground. At the ridge we saw the mighty Missouri River, from where Lewis and Clark first viewed what is now the Reserve. 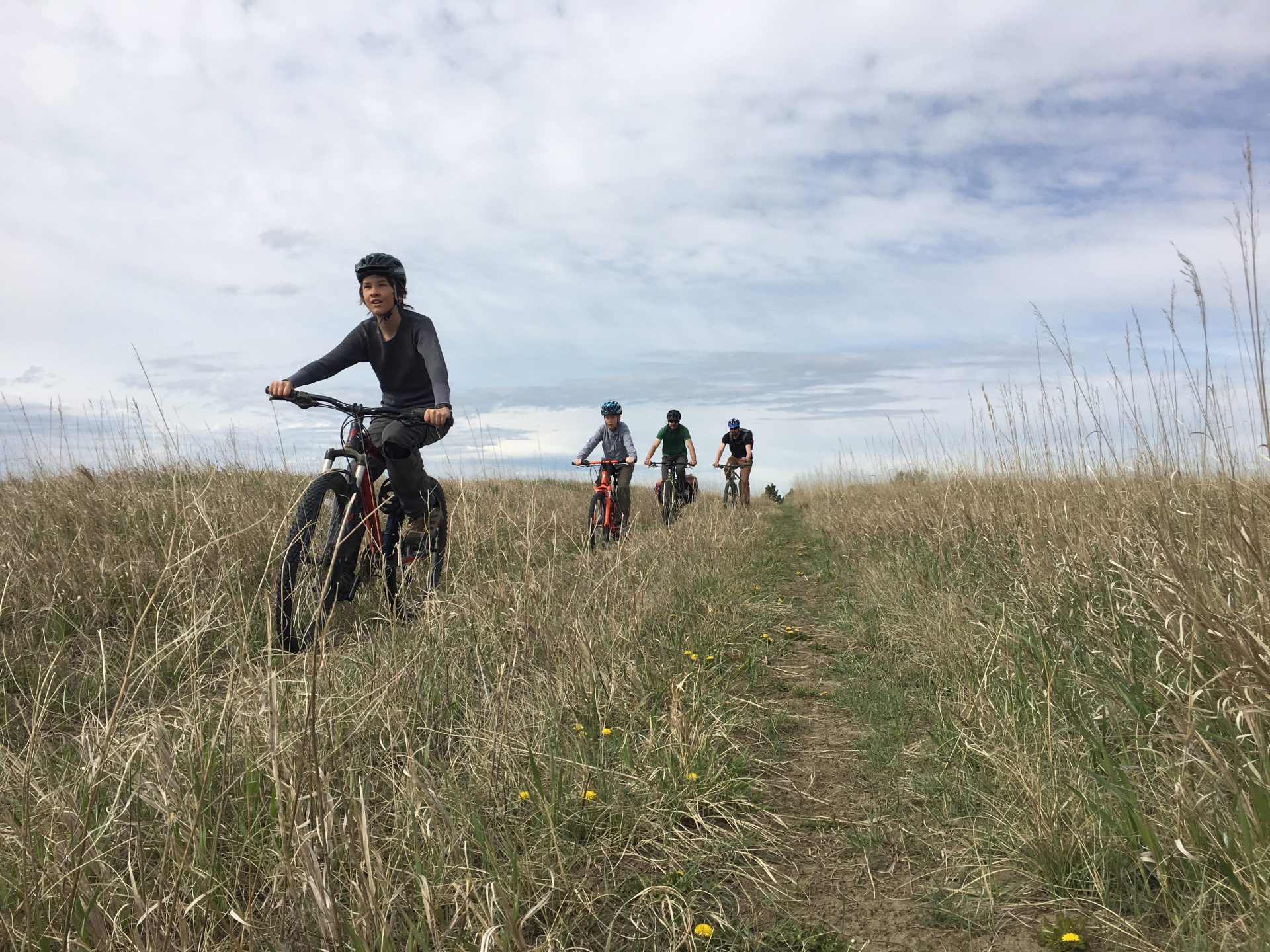 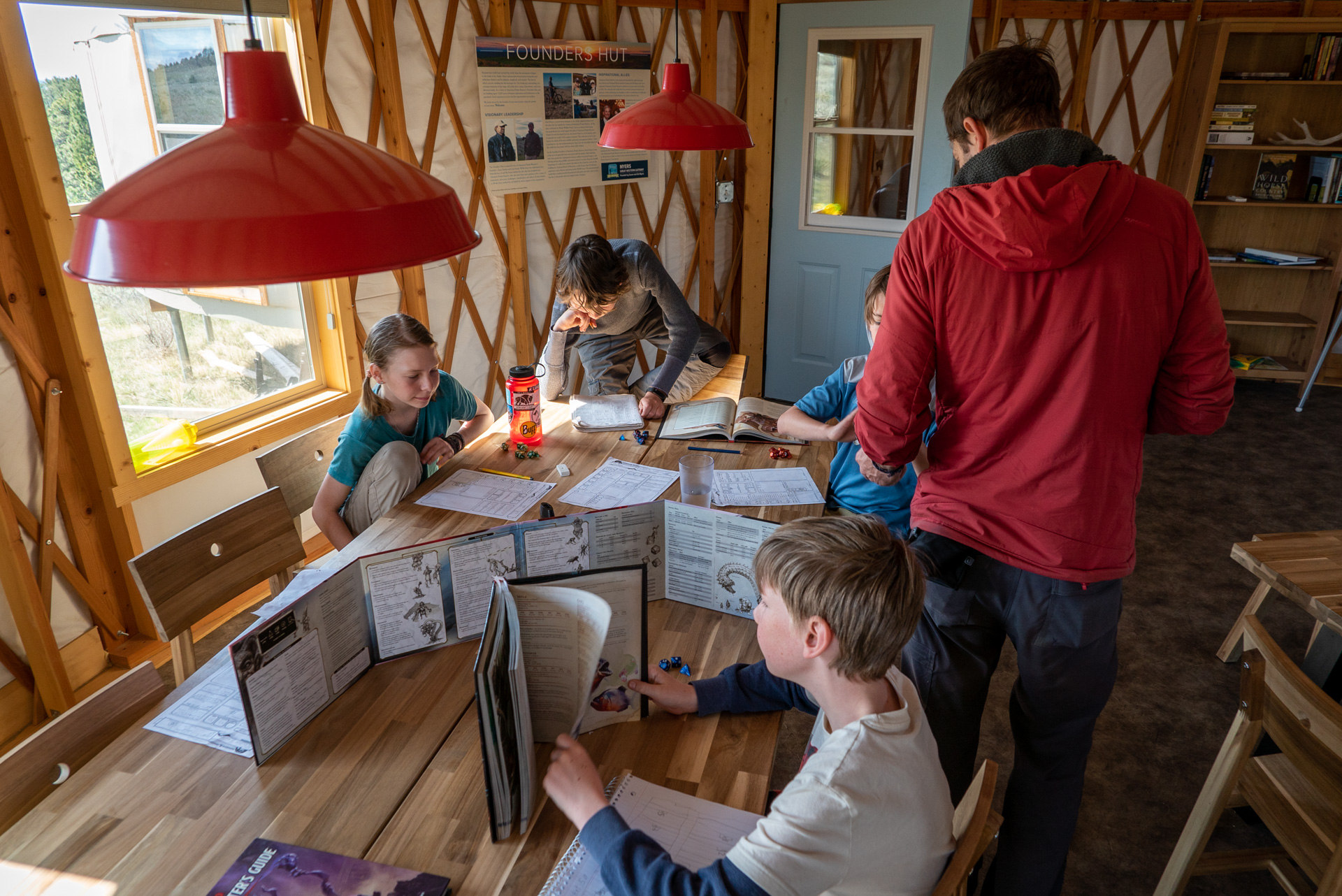 It was springtime on the prairie. Meadowlarks and bluebirds kept the air alive with song. Shooting stars and phlox sprung forth in bursts of color. At the lower yurt, we awoke each morning to the screaming and honking of Canada geese. Cottonwoods, with leaves just beginning to pop in bursts of lime green, and red-breasted robins identified the season.

The season of renewal on the prairie, both metaphorically and actually, made us all feel alive. American Prairie Reserve is working to conserve one of the last intact prairie ecosystems in the world. I don’t want to idealize it too much, but it’s exciting to think that conservation of the prairie is still possible and that it is happening right now. 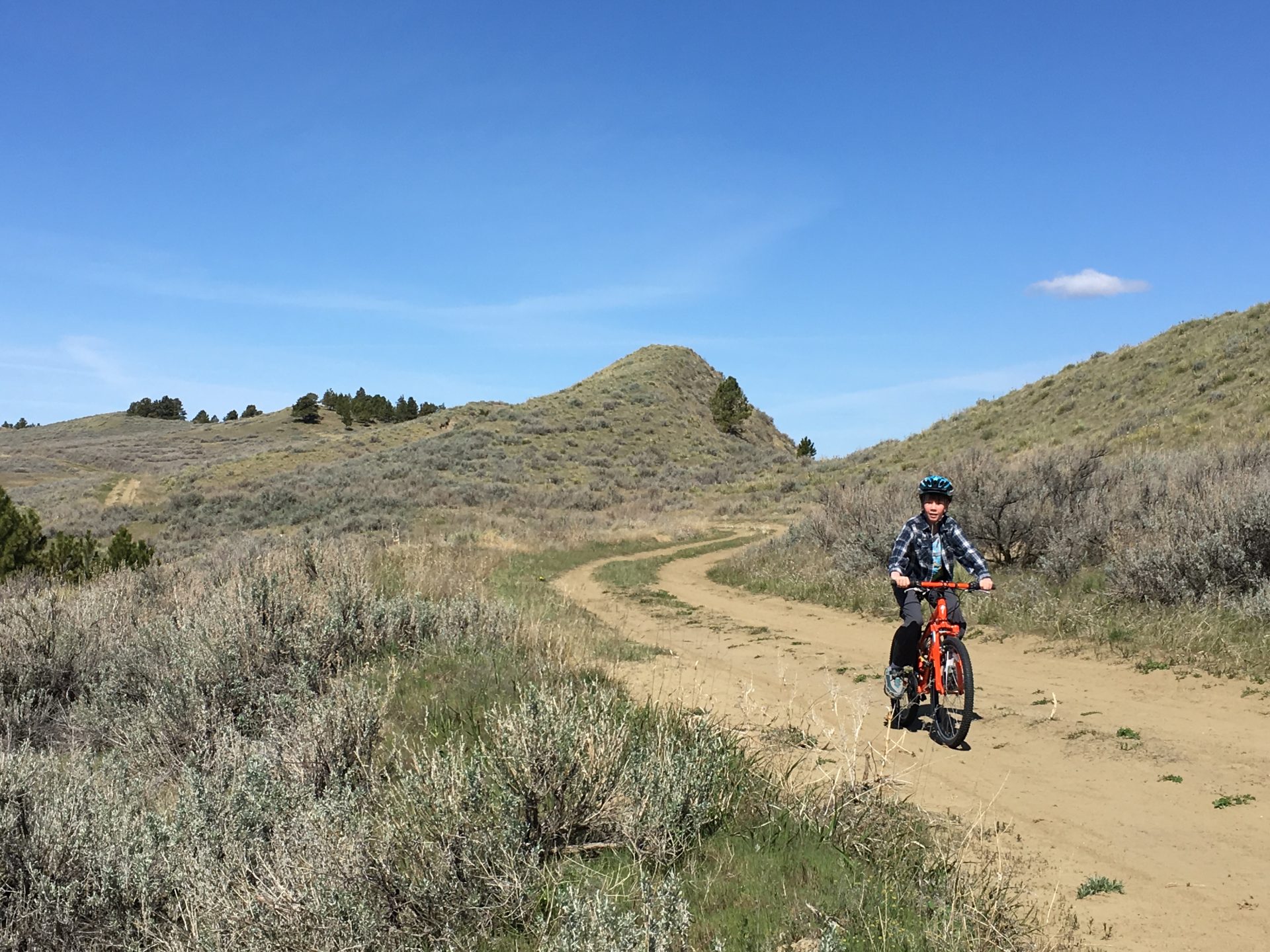 How To Visit the Reserve

Even though you can drive right to the yurts (most of the time), you need to consider a visit to American Prairie Reserve a backcountry experience. It’s remote! Emergency services could take hours to arrive and cell service is spotty at best. Bring food, water, and clothing for at least one day more than you plan to be there. Pack a first aid kit and any medications you need.

The remoteness is what we love about it, but you need to be prepared.

Where to Stay on the Reserve 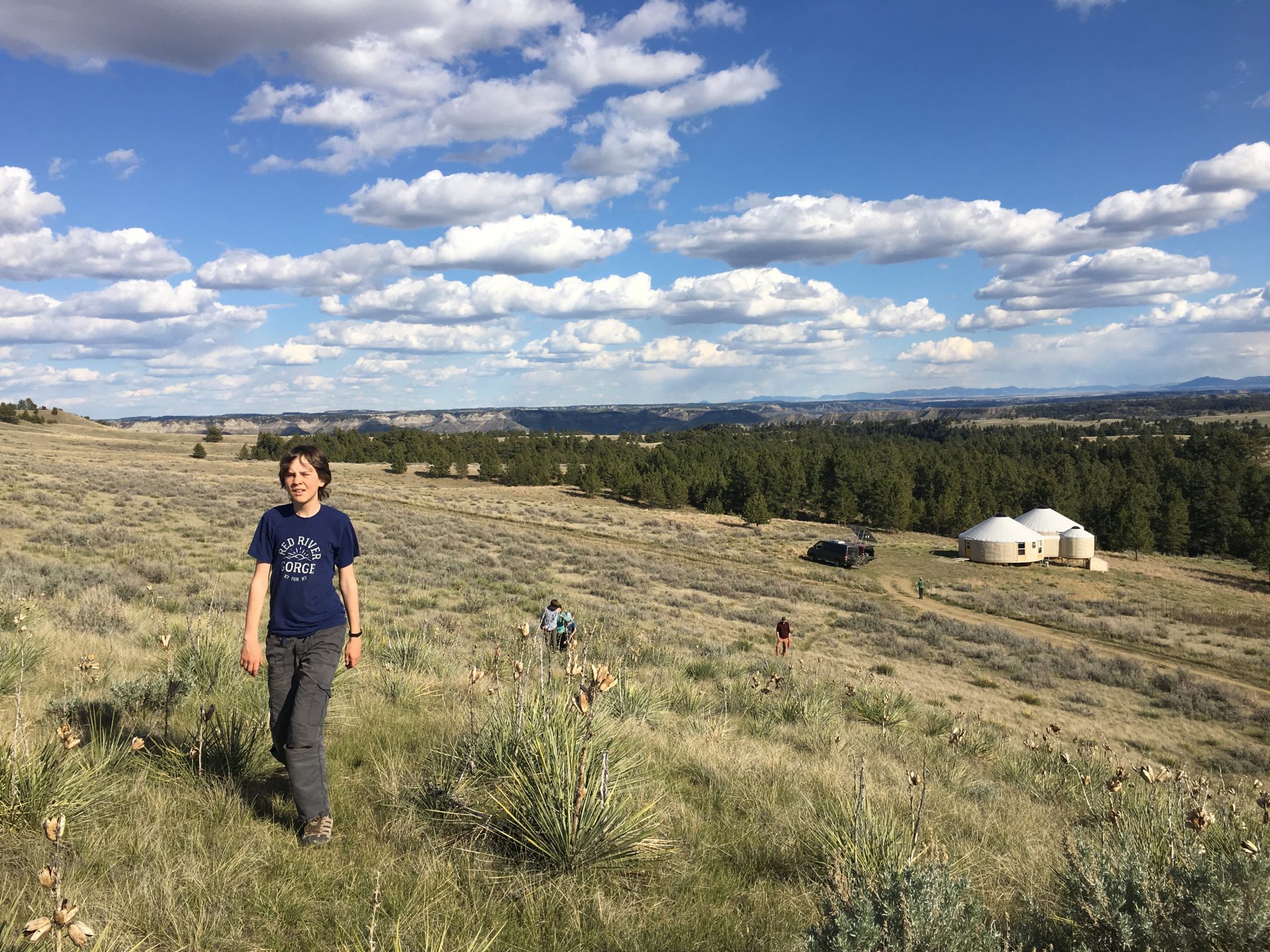 Yurts on the PN

We stayed in the two yurts on the PN Ranch – the Founders Hut and the Craighead Hut can be reserved online. While they are well-appointed, treat them like a Forest Service cabin. Bring your own food, water, and sleeping bags. Each yurt sleeps nine people in four bedrooms. The reservation page on the APR website has all the information you need to plan a yurt camping trip.

Some of the best camping in Montana can be found on American Prairie Reserve. To camp where the buffalo roam, try Buffalo Camp. Buffalo Camp has 13 sites that can be reserved online. There are six tent sites and seven RV sites. This is where the resident bison herd lives, so you must pitch your tent on raised platforms. It’s just four miles from the Charles M. Russell National Wildlife Reserve. Antelope Creek Campground on Mars Vista opens this summer and have 12 RV sites with power, four small rental cabins (each sleeps 4), five drive-in tent platforms and three walk-in tent platforms.

The Reserve is surrounded by public lands where dispersed camping is allowed.

When to Visit American Prairie Reserve 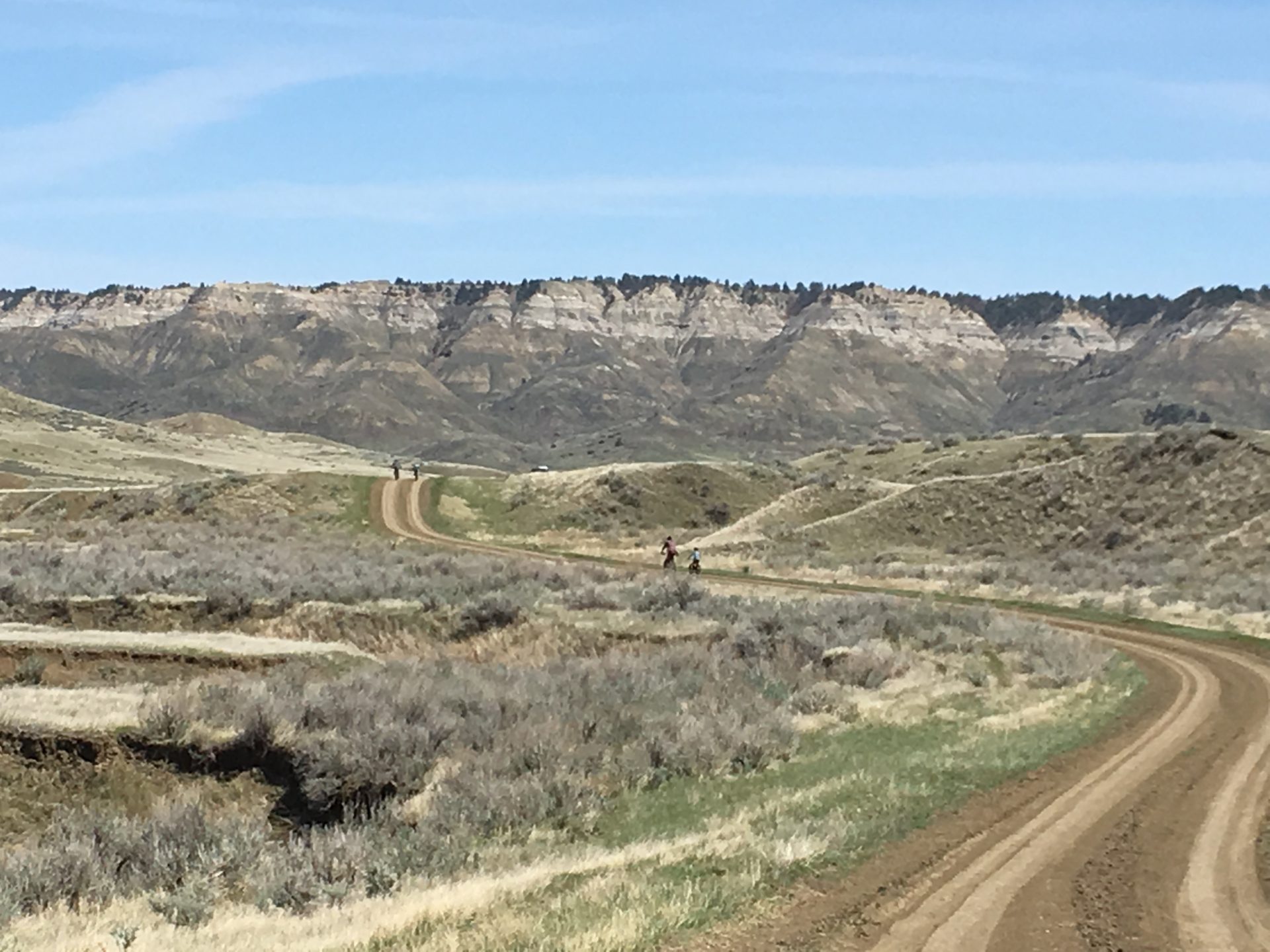 You can visit the Reserve any time of year, but when the roads are wet (or snowy) they turn to “gumbo.” Gumbo is a greasy, slick mud that is nearly impossible to drive on. Check the weather and road report before going. 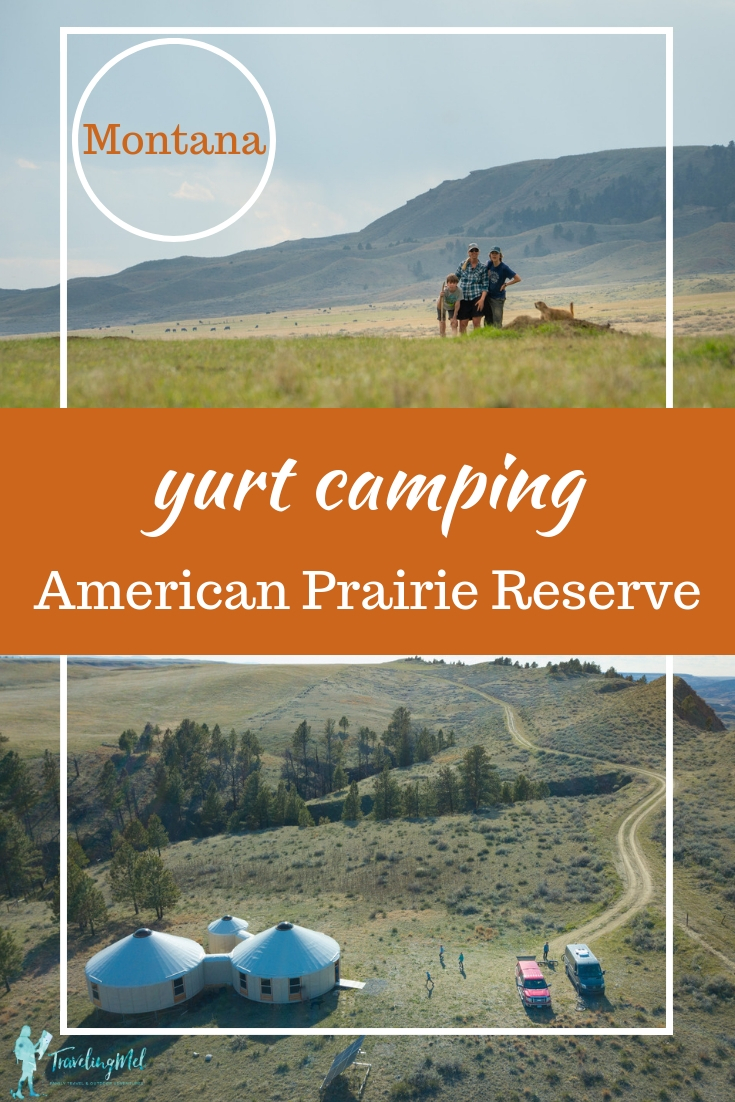 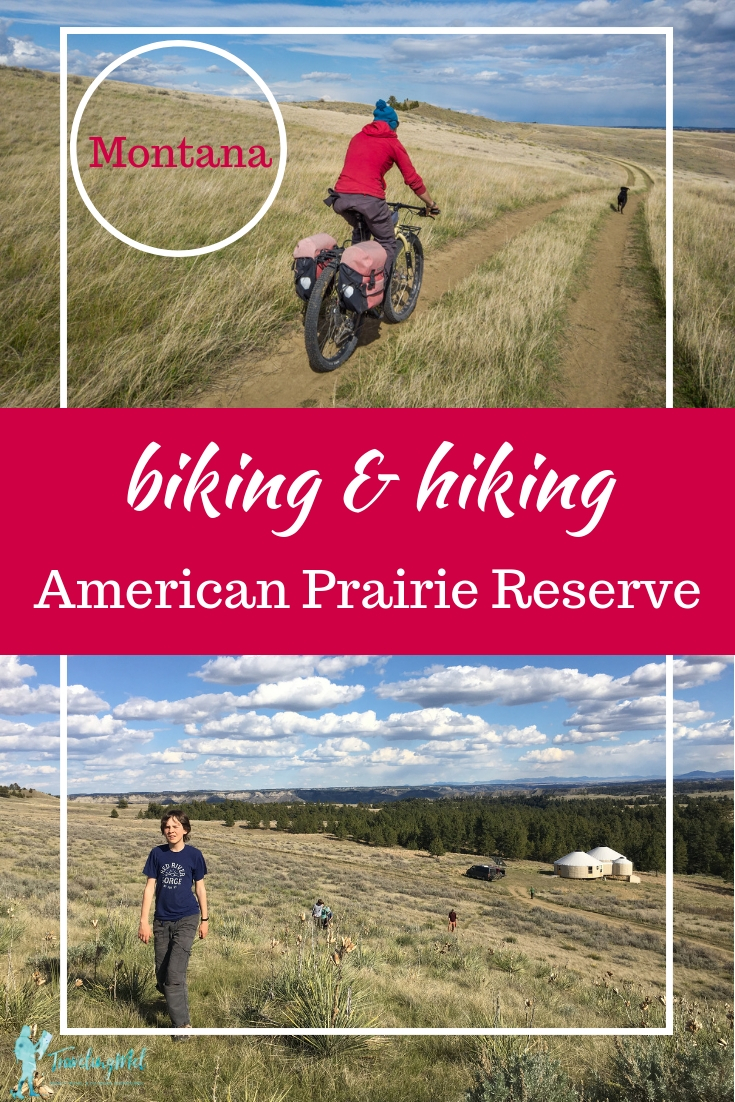